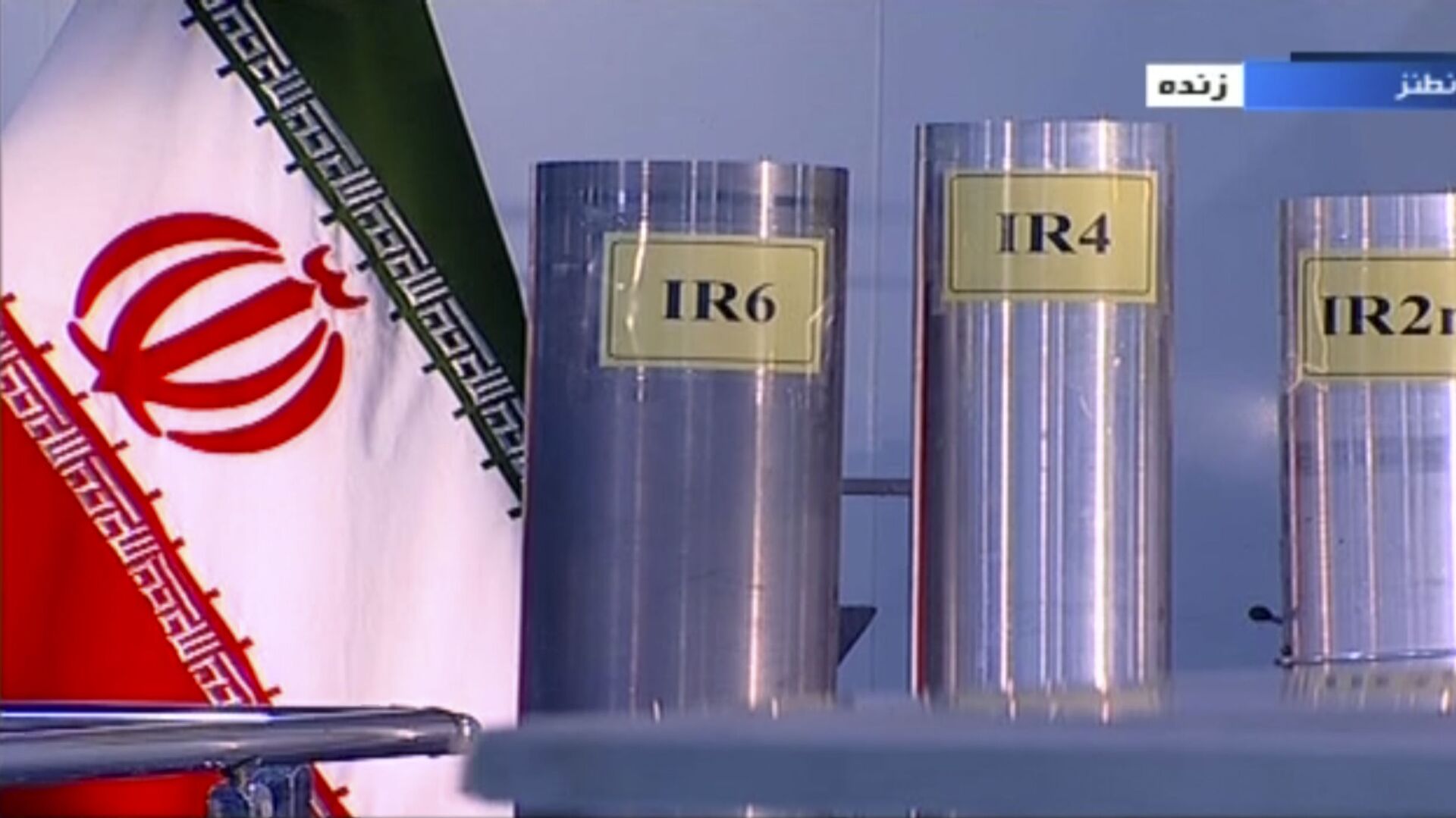 © AP Photo
Subscribe
International
India
Africa
Ilya Tsukanov
All materialsWrite to the author
The International Atomic Energy Agency (IAEA) complained on Friday that it received no reply from Tehran on the extension of a temporary agreement on the recording and collection of data from Iranian nuclear facilities after the deal expired on Thursday, with agency chief Rafael Grossi demanding “an immediate response” from Iran on the issue.

Iran’s decision to continue the collection of data on its nuclear facilities for the IAEA under an interim deal reached in February was voluntary, and the nuclear watchdog shouldn’t consider this information as something it’s automatically entitled to, Kazem Gharibabadi, Iran’s ambassador to the IAEA, has indicated.

“Data recording was a political decision by Iran to facilitate, including the political talks and to help its success and shouldn’t be considered as an obligation in relation to the agency. Since Iran is continuing the implementation of its Comprehensive Safeguards Agreement, continuation or discontinuation of recording has nothing to do with Iran’s safeguards obligations,” the diplomat tweeted.

“Undoubtedly, any decision to be taken by Iran in this regard, would only be based on its political considerations, and the agency cannot, and should not, consider it as something it was entitled to,” Gharibabadi stressed.

Israeli PM Bennett Hints at Possible Involvement in Recent Attack on Iranian Nuclear Site - Report
Earlier, IAEA chief Grossi and the agency’s board of governors demanded an “immediate response from Iran” after the expiration of the temporary monitoring agreement, reached earlier this year, which ensured the continued collection of information on Iranian nuclear facilities after Iran moved to dramatically scale back cooperation with the IAEA in February. Under the deal, Iran pledged to keep recordings of “some activities and monitoring equipment” and to provide them to the IAEA if and when US sanctions were lifted. The agreement was renewed for one month in May.

Grossi reportedly wrote to Iranian authorities on the matter last week “to understand Iran’s position regarding the possible continued collection, recording and retention of data,” but received no reply.

Speaking to Fars, Gharibabadi said that Iran was “not required to comply” with the IAEA chief’s request, and explained that the quarterly technical agreement reached earlier this year was meant to facilitate political negotiations.

Along with the IAEA, the US and France also expressed “concern” about the breakdown of the data agreement, and warned that time was running out for Iran to restore the nuclear deal. On Friday, US Secretary of State Antony Blinken told reporters that Washington’s apprehensions had “been communicated to Iran” and that the issue “needs to be resolved.”

Iranian foreign ministry spokesman Saeed Khatibzadeh responded, telling the US side that the nuclear agreement could be restored immediately if Washington stopped using sanctions as leverage.

Iran “never left the [Joint Comprehensive Plan of Action nuclear deal] to return to it. The United States and the Europeans know best that Iran made its decision when, despite the US’ unilateral withdrawal from the JCPOA, imposition of illegal and oppressive sanctions against the Iranian people and inaction of Europe, it remained in the agreement and kept the JCPOA alive,” the spokesman said.

World
Over 1,000 US Economic Sanctions to Be Lifted From Iran, Rouhani’s Administration Says
Washington pulled out of the JCPOA in May of 2018 and reinstated tough banking and energy sanctions against Tehran. The Biden administration has pledged to return the United States to the agreement, but its fate has been left in limbo amid demands by President Biden that Iran first curb its nuclear enrichment and stockpiling activities.
Newsfeed
0
Access to the chat has been blocked for violating the rules . You will be able to participate again through:∞. If you do not agree with the blocking, please use the feedback form
The discussion is closed. You can participate in the discussion within 24 hours after the publication of the article.
To participate in the discussion
log in or register
loader
Chats
Заголовок открываемого материала