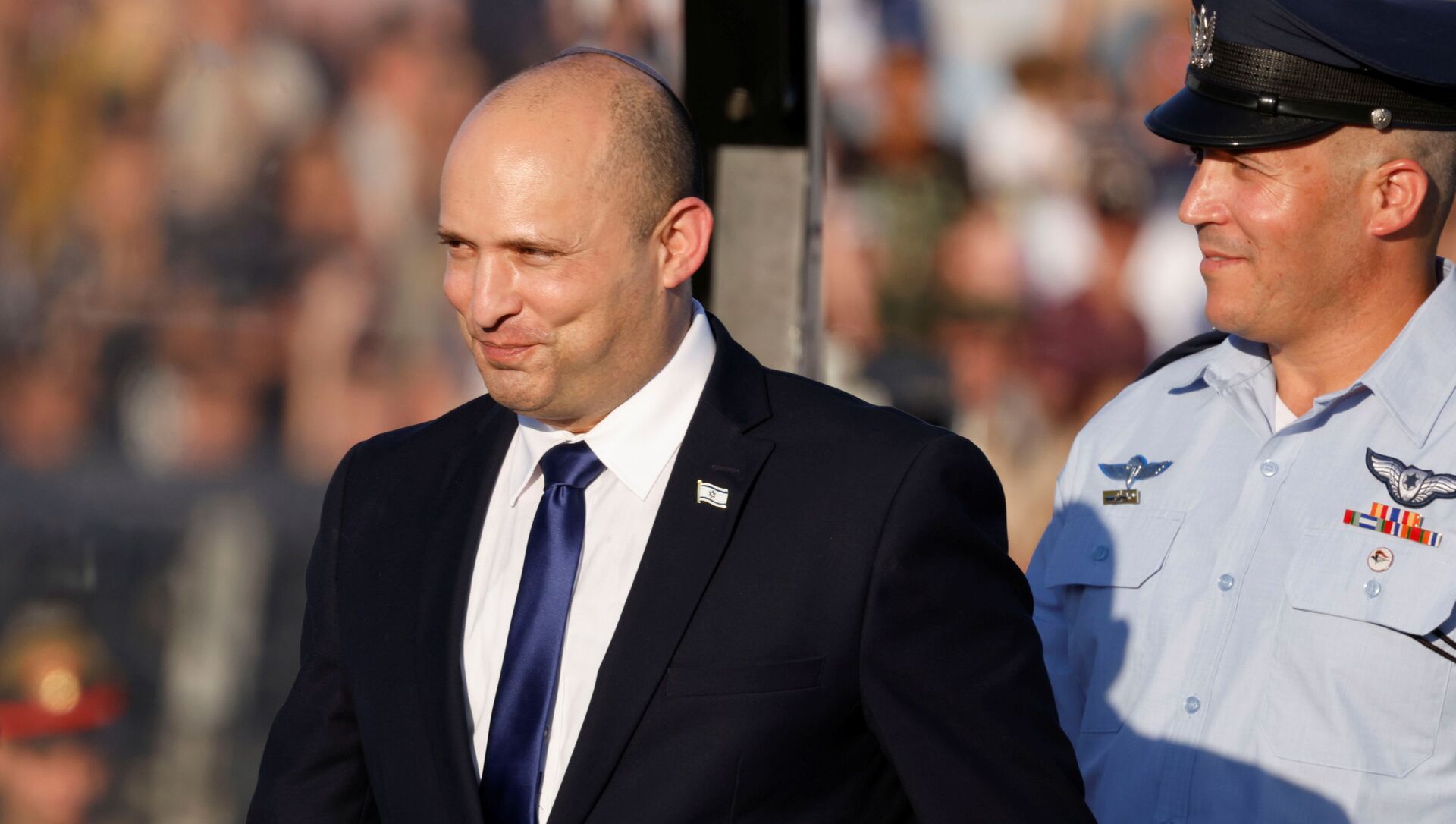 Kirill Kurevlev
Correspondent
All materialsWrite to the author
On Wednesday, Iranian media reported that a "sabotage attempt" at one of the country's nuclear facilities was foiled. Reports said that it was a drone attack on an Iranian centrifuge manufacturing facility outside of Tehran that purportedly caused damage to the facility.

During a speech at a graduation ceremony for Israeli Air Force pilots on Thursday, prime minister Naftali Bennett appeared to allude to Israel's role in a recent attack on the Iranian nuclear site, The Times of Israel reported.

"Our enemies know — not from statements, but from actions — that we are much more determined and much more clever, and that we do not hesitate to act when it is needed," Bennett is quoted as saying at the IAF’s Hatzerim Air Base, outside Beersheba, Israel.

Bennett also mentioned Israel's strike on Iraq's nuclear plant over 40 years ago in his speech, which was one of his first since taking office as premier earlier this month.

‘Sabotage Attack’ Against Iran’s Atomic Energy Organisation Facility Reportedly Caused Major Damage
According to the TOI, Bennett claimed that Israel's prime ministers have always had a "sacred responsibility" to prevent the state from facing an existential threat.

"Then it was Iraq, today it is Iran,” he underscored.

Israeli Defense Minister Benny Gantz spoke at the same occasion about Iran's nuclear program, threatening to launch a military strike if necessary, as Israel did in the case of Iraq in 1981.

"As though no time has passed, today in Iran — as it was 40 years ago [in Iraq] — a murderous and dangerous enemy, which is building arms of terror around the State of Israel, seeks to acquire a nuclear weapon to threaten Israel and the stability of the entire region," he stressed.

In his speech, Bennett signaled that Israel was departing from his predecessor Benjamin Netanyahu's policy of refusing to engage with the US over its plan to rejoin the 2015 Iran nuclear deal, from which the US unilaterally withdrew under former President Trump in 2018. The previous Israeli government generally refused to speak with the US about the issue other than to convey its strong objection to the plan.

Bennett, on the other hand, stated that while Israel would defend itself in the end if required, Israel would work with the Biden administration on the issue.

"We would prefer it if the world knew that a brutal and fanatical regime like this… that is willing to starve its people for years in order to fulfill its military nuclear program, that this is a regime that you can’t make deals with. Unfortunately, that is not the case," he said. "We will continue to consult with our allies, to convince, to speak, to share information and understandings, out of deep mutual respect. But at the end of the day, the responsibility for our destiny will remain in our hands and in no other’s. We will act responsibly and carefully."

Gantz also reportedly stated that Israel is cooperating with the US on the Iranian nuclear issue, while reserving the right to take action against Tehran.

"We are in contact with our American allies in order to ensure the security of Israel. If needed, we will act as we have always acted. We will remove and prevent any threat, with stratagems, with initiative and — of course — with professional and diplomatic responsibility," the defense minister noted. 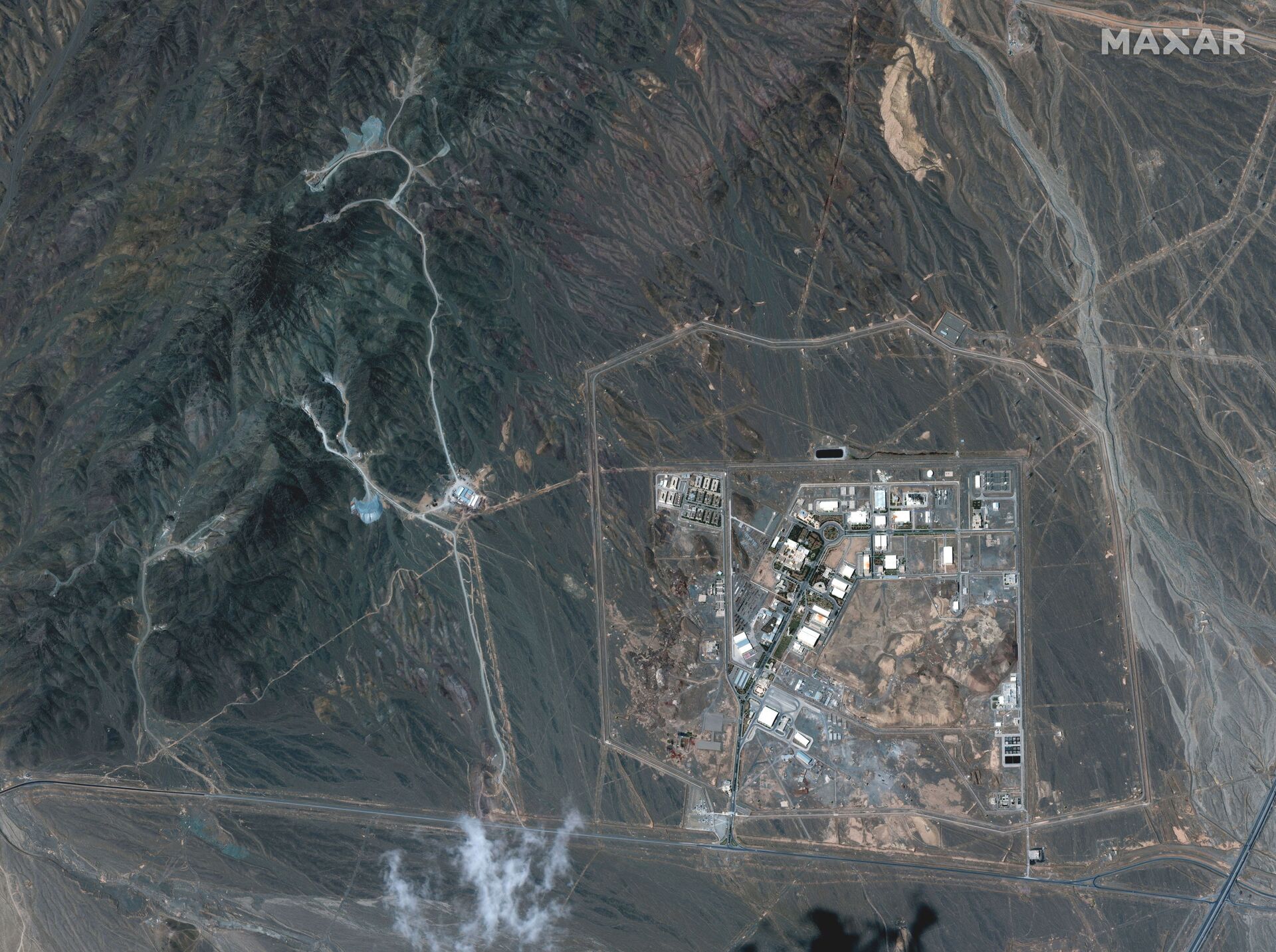 According to the New York Times' Thursday report, the attack occurred at TESA, Iran Centrifuge Technology Company, northwest of the country's capital, which was charged with replacing the damaged centrifuges at the Natanz uranium enrichment site following the recent attack as well as producing more modern centrifuges that can enrich uranium more swiftly.

The outlet notes, citing undisclosed Iranian sources, that the drone used was a small quadcopter one, launched most likely from the ground not far from the facility. The extent or even the presence of damage is currently unknown.

The Natanz factory was damaged as a result of "sabotage" of unknown origin in April this year, only days after Iran unveiled its latest uranium enrichment centrifuges and equipment. The incident was blamed on Israel, which neither officially denied or confirmd its possible involvement.

Outgoing Mossad Chief Urges Israeli Government to Boost Activity Against Iran - Report
However, Yossi Cohen, the former head of the Mossad spy service, strongly hinted that Israel was behind the attacks in a revealing interview earlier in June.

"We won't let you get nuclear weapons. What don't you understand?" he apparently said while addressing Iran's efforts.

The Islamic Republic resumed the process of uranium enrichment following the US withdrawal from the deal, successfully reaching the 60% enrichment level by June, with the latest official data stating that the country now has 6.5 kilograms of uranium that has been refined to 60% purity. At least 90% enrichment is necessary for weapons-grade uranium.

The Iranian parliament enacted a measure in December requiring the government to begin processing uranium to at least 20% fissile quality, given that US economic sanctions had not been lifted.