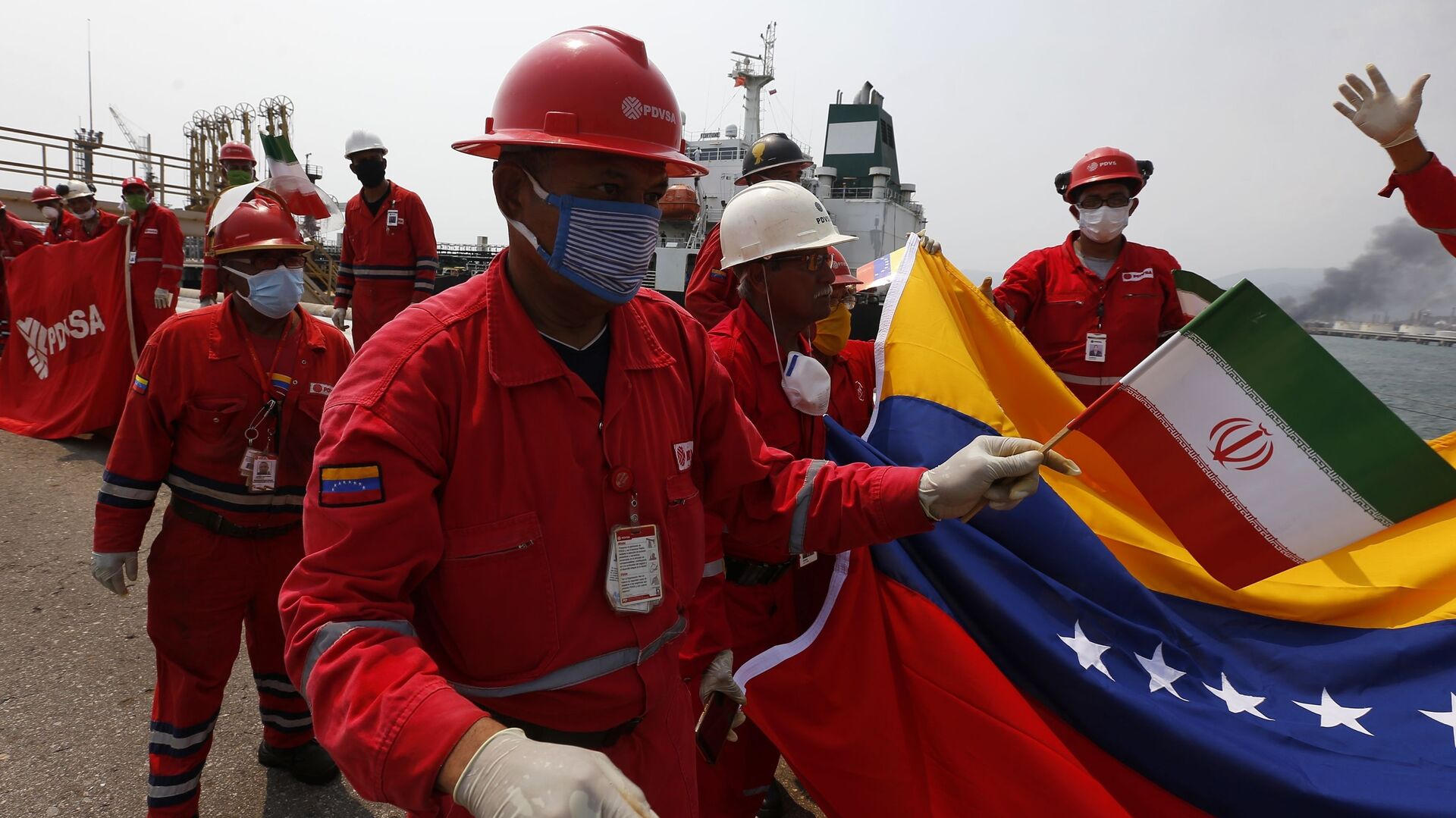 © AP Photo / Ernesto Vargas
Subscribe
International
India
Africa
Ilya Tsukanov
All materialsWrite to the author
Venezuela and Iran have enjoyed a dramatic strengthening of ties over the past two decades, notwithstanding their two very different political, ideological, and social systems. Starting in 2019, Iran has been sending fuel and other material assistance to the Latin American nation to help it overcome difficulties caused by crushing US sanctions.

Don't Touch: American Media Explains Why US Can't Act Against Iranian Warships in Atlantic
Iran responded by sending multiple ships filled with gasoline, spare parts, and food to Venezuela to ease the pressure, despite being under severe US restrictions itself. Last month, US officials began sounding the alarm about a two-ship Iranian flotilla making its way across the Atlantic toward Venezuela, claiming the ships may include Iranian arms supplies.