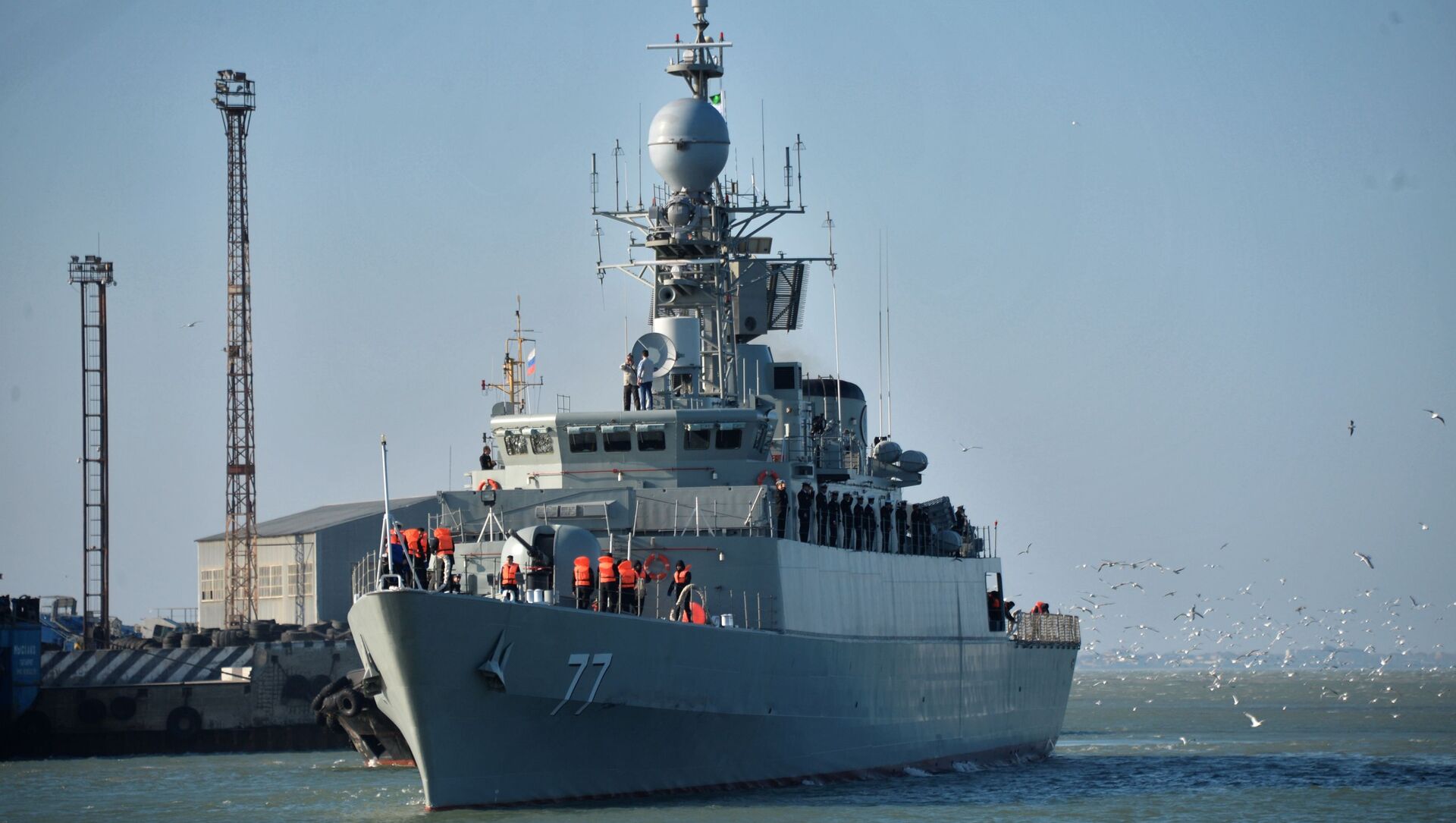 Tim Korso
All materials
The Iranian military earlier confirmed that two of the country's warships entered the Atlantic Ocean. Tehran neither elaborated on their mission nor commented on media reports suggesting that the vessels are carrying arms for Venezuela.

Despite there being sanctions to prohibit arms trade with Venezuela, the US lacks the legal right to "touch" or act in any other way against two Iranian warships reportedly bound for Caracas, the American journal Foreign Policy has stated in an analysis piece. The FP stressed that, under the existing international laws (recognised by the US), Washington lacks legal options to do anything about the Iranian vessels, which, according to a Politico report, might be carrying weapons to Venezuela.

The media outlet noted that the US will only be able to act if these ships present an immediate danger to the country, because these vessels possess sovereign immunity. They can even sail into American waters if their intentions are innocent, although Washington can easily order them to leave and act if the Iranians won't listen.

The FP added that even the fact that Washington imposed extraterritorial sanctions against Caracas doesn't change the legal status of the two Iranian warships, which recently entered the Atlantic Ocean, unless they carry weapons of mass destruction or fall into one of the other exceptional categories.

This fact, however, doesn't stop American politicians from calling for action against Tehran's ships. US Senator for Florida Marco Rubio urged Washington to prevent their alleged plans to dock in Venezuela. However, doing so might have serious ramifications for the US as it might attract international criticism and even put America's own military abroad in jeopardy, the FP warned.

"The costs of direct action would be severe, exposing the United States to charges of hypocrisy toward the rules-based order and potentially opening US naval vessels to similar treatment by adversaries," FP said.

The only option that the publication suggested Washington should use is diplomacy. The FP specifically suggested that the US urge foreign countries along the vessels' way to deny them port entrance for resupplying or refuelling. However, it seems that they won't need one.

Commenting on the initial reports about Iranian warships entering the Atlantic Ocean, Deputy Chief of Army for Coordination Rear Admiral Habibollah Sayyari said that the vessels managed to do it without calling foreign ports. This in turn suggests that the ships are well stocked for their voyage and might not need supplies until they reach Venezuela, if that is their real destination.

Tehran has kept quiet about the reasons for the military expedition, only noting that it was a "significant step" for the country's navy and served as a demonstration of its capabilities. Iran has not commented on Politico's report about the vessels carrying weapons for Venezuela, but noted that Tehran regained the ability to engage in weapons trade, including with Caracas, since last year when the UN embargo expired.

Iran has already sent ships to Venezuela. However, they were not military but cargo ones. Six tankers sailing under the Iranian flag carried gasoline and materials used in oil refineries to help sanctions-struck Venezuela to cope with the fuel shortages it had been experiencing. The US did not hinder their movements, but claims to have confiscated Iranian oil and gasoline from several other tankers not sailing under the Iranian flag. Tehran says that the confiscated fuel did not belong to Iran, but still described Washington's actions as state piracy.