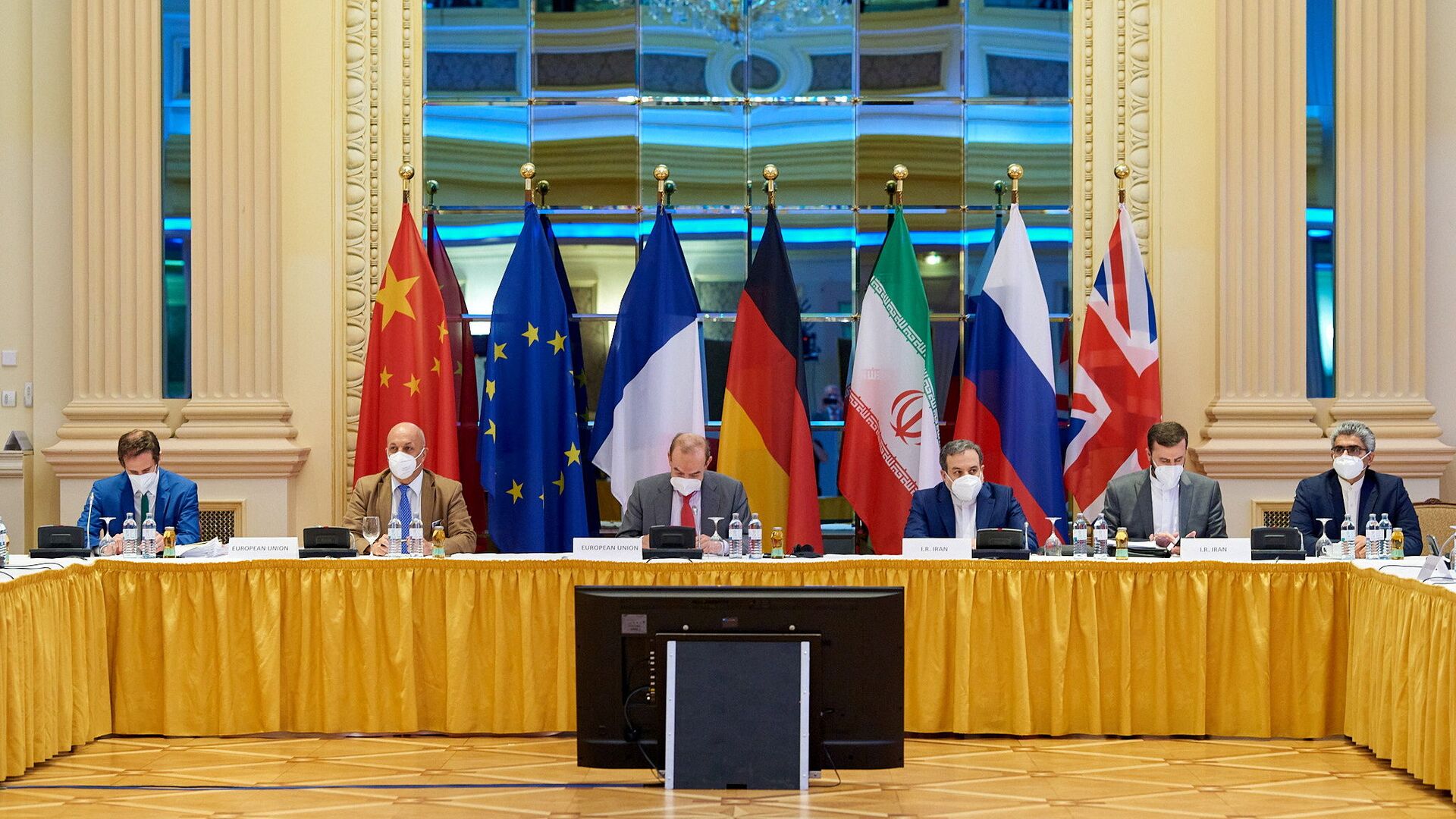 Morgan Artyukhina
All materialsWrite to the author
After a presidential election in Iran ushered into power the country's conservative judicial chief, the US is reportedly looking to solidify a return to the 2015 nuclear deal before he takes office in six weeks.

White House Press Secretary Jen Psaki said on Monday that the Biden administration is "looking forward" to seeing the direction of the ongoing talks with Iran for the US to return to the Joint Comprehensive Plan of Action (JCPOA), a multilateral 2015 deal the US withdrew from in 2018.

“We don’t currently have diplomatic relations with Iran or any plans to meet at the leader level. So it’s unclear that anything has actually changed on that front,” Psaki told reporters.

Meanwhile, both US President Joe Biden and Iranian President-elect Ebrahim Raisi have shrugged off suggestions they have any plans to meet at present. Raisi carried the Friday elections in which outgoing President Hassan Rouhani, who negotiated the 2015 deal, was not eligible to run.

Asked about Raisi's position, Psaki said the administration's position is that the "decision-maker" is Iranian Supreme Leader Ali Khamenei, the country's head of state and commander-in-chief. "That was the case before the election. It is the case today. It will be the case probably moving forward,” she added.

Talks to revive the JCPOA have been ongoing in Vienna since April. The agreement is not a legally binding treaty, but since the US unilaterally reimposed economic sanctions against Iran that the JCPOA had lowered, and the other signatories have chosen to abide by the US position, Tehran has steadily backed away from its commitments made as part of the deal. A law passed by the Iranian Majlis in December 2020 has mandated increases in the quality and quantity of uranium refining and a decrease in cooperation with International Atomic Energy Agency inspectors. Iranian leaders have said the country doesn't seek a nuclear weapon, despite claims to the contrary by Israel and the United States.

Those talks continued on Sunday, as Biden reportedly aims to have an agreement in place before Raisi is sworn in in early August. Psaki said Monday it has no official timeline and will continue negotiations regardless.

Iran's position is that since the US left the deal first, it's the US who must first return to it, while the US says the opposite. Other US partners not party to the deal, such as Israel and Saudi Arabia, have pushed for it to be expanded to include Iran's formidable ballistic missile arsenal.

Raisi said on Monday the country's ballistic missile program "is non-negotiable," adding that the US "is obliged to lift all oppressive sanctions against Iran.”

Psaki also said on Monday that Raisi will be held accountable for any human rights violations going forward.