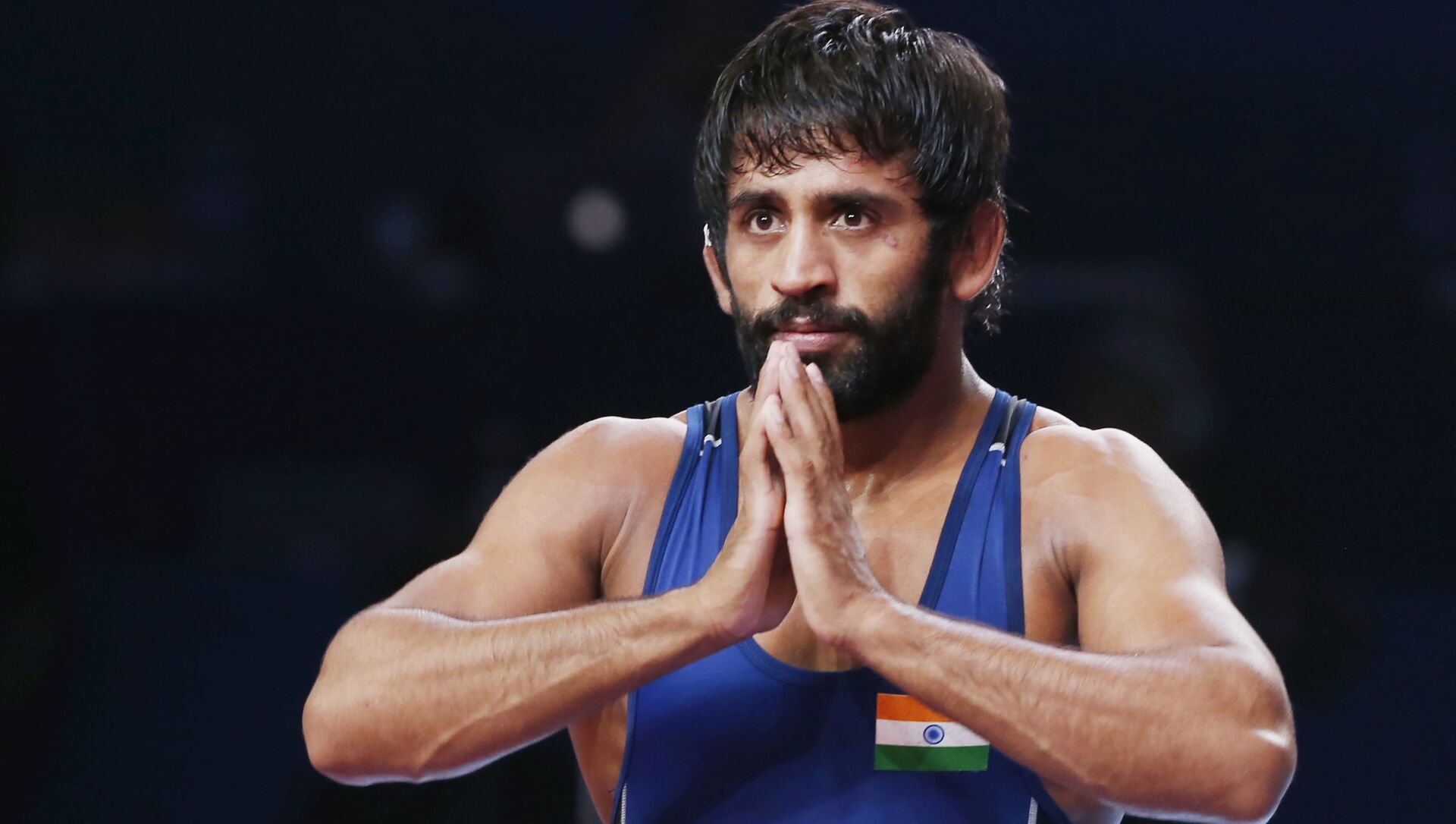 Pawan Atri
All materials
The Tokyo Olympic Games are scheduled to take place between 23 July and 8 August. But wrestling enthusiasts will have to wait until 1 August before they're able to enjoy their sport at the mega-event, and then until 6 August for the men's 65kg freestyle which starts that day and ends the day after.

Bajrang Punia, the former World No. 1 Indian entrant in the men's freestyle 65kg category, is one of the country's brightest hopes for a medal at the forthcoming Olympic Games in Tokyo.

Groomed by Yogeshwar Dutt, who won bronze in the London 2012 Olympics and whom Punia regards as his mentor, he is now training in Russia under his coach, the 2019 World Champion David Baev.

Currently at No. 2 in the official United World Wrestling (UWW) rankings, Punia has also been an Asian and Commonwealth Games (CWG) gold medallist.

Apart from his gold medals at the 2018 Asiad in Jakarta and in the Commonwealth Games in the Gold Coast the same year, Punia has won three medals at the World Championships – a silver in Budapest, Hungary in 2018, and two bronze in 2013 (again in Budapest) and 2019 in Nur Sultan, Kazakhstan.

In an interview with Sputnik on Friday, Bajrang shared his goal for the Olympics, what he feels about being ranked No 1, what effect two-time Olympic wrestling medallist Sushil Kumar's arrest in a murder case is likely to have on the sport, his opinion on Indian wrestler Sumit Malik's doping controversy and much more.

Sputnik: You recently held the No. 1 ranking in the fiercely competitive 65kg freestyle. How does it feel to be the best in the world?

Bajrang Punia: It's an ongoing process. I will be on top one day and another day I may be replaced. I don't take it seriously. My focus always remains on my training and on improving my performance. The ranking is just a bonus.

You are not going to win overnight, it will require all your heart, hard work and consistency! pic.twitter.com/b90AuqyqgG

​Sputnik: You have already won gold medals at the Asian and Commonwealth Games. Any hope of another gold medal at the Tokyo Olympics?

Bajrang Punia: Nobody would be happier than me if I won a gold medal in Tokyo. Winning an Olympic gold is every athlete's dream. I am completely focused on my preparations for the Games and, with the good wishes of my countrymen, a gold medal may become a reality one day.

Sputnik: Who will be your biggest challenge in Tokyo?

Bajrang Punia: 65kg freestyle is one of the toughest categories to compete in at the Olympics. I have to be extremely sharp from the beginning because in this event almost anyone can beat anyone, even during the first few rounds of the competition. I know it is a huge challenge, but I am ready for it.

​Sputnik: How many medals can we expect from India's wrestlers in Tokyo?

Bajrang Punia: This year India's wrestlers may well be able to make history. Things look good and our support system has been good from the start. Things are changing and we are hopeful of returning with our best haul of Olympic medals from Tokyo.

Sputnik: You have a foreign fan club named 'Bajrang Boys'. How did it come into being?

Bajrang Punia: I recently found out about it. I have a lot of fans outside India. It's funny because in my country so many athletes are struggling for recognition and in other countries they have a club named after me. It's a good feeling nevertheless.

Sputnik: You have often described Yogeshwar Dutt as being a big guiding force to your success. Is it true that you share a special bond with him?

Bajrang Punia: He has been a huge inspiration to me and to every individual who has wanted to take up wrestling as a career. I have trained with him for years and I have learnt a lot from him. My relationship with him will always be special.

Sputnik: Do you think it's a setback for Indian sports when, just on the eve of such a large gathering as the Tokyo Olympics, a top wrestler such as Sushil Kumar faces murder charges and gets into a brawl?

Bajrang Punia: It would be unfortunate if people were to start juxtaposing some isolated incident onto an entire community. It has happened before and I can't say it won't happen again. But it's wrong.

Sushil's case is an isolated incident and it should remain as such. There is no reason the whole world of wrestling should be tarred with the same brush, just because one of the sport's top practitioners has possibly misbehaved.

Sputnik: Tokyo-bound wrestler Sumit Malik recently failed a dope test. How should the Wrestling Federation of India (WFI) deal with such cases?

Bajrang Punia: It's too early to comment. I have met many wrestlers who have failed the test but there's one thing many of them have in common which is that they lack awareness, and didn't do it on purpose. There is a general lack of awareness on banned substances: there are thousands of contrabands which are even found in general medicines such as in a simple cough syrup.

There are instances where the supplement dealers will provide you with something which is contraband and the athletes consume it in good faith.

Even the dealer is often not aware that he or she is trafficking contraband. WFI should spread awareness about it and make it compulsory for wrestlers to educate themselves about which are banned substances.