Morgan Artyukhina
All materialsWrite to the author
Just days after taking office, the Central African Republic's new Prime Minister, Henri-Marie Dondra, said he wants to rebuild the country’s relationship with France. Paris cancelled their defense deal last week after claiming Bangui had done nothing to combat Russian influence with the government, after which the former prime minister resigned.

"There are reforms that we must pursue with our French partners," Dondra told reporters on Tuesday. "I am also thinking of the European Union … the international community and obviously our strategic partner France, and other partners will allow us to revive the economy.”

According to RFI, Dondra said the government also aimed to restore the confidence of donors and other financial backers, but made clear the government’s budget was lacking.

“We are experiencing some internal resource mobilization issues. We should start to diversify our sources of income by broadening the tax base,” he said.

Dondra was appointed to head the CAR government on June 11 by President Faustin Archange Touadéra. The day prior, Firmin Ngrebada had resigned from the post after France announced it was scrapping a $12.8 million military training deal with Bangui and pulling roughly 160 troops facilitating the training out of the country.

In the day between the cancellation and Ngrebada’s resignation, CAR Attorney General Eric Didier Tambo broughy formal charges against a French national arrested last month, accusing 55-year-old Juan Remy Quignolot of espionage and a slew of other charges related to allegations that he had secretly helped arm and train rebel groups in the civil war-wracked country since 2013. However, Tambo named no specific country for whom Quignolot has allegedly been working.

According to the French Ministry of the Armed Forces, their training deal was canceled because Bangui has not, in their judgment, acted sufficiently to curb the “disinformation networks” it claims Russia has used to attack the French presence in the CAR. Moscow has made no comment on the allegations, which were initially brought by Facebook in December 2020, when the social media site claimed to have found and taken down both a Russian and a French “interference” campaign in the CAR elections held that month. Paris said it would investigate the claims but didn't deny them.

Russian Aid to CAR and Its Detractors

Russian cooperation with Bangui has expanded in recent years, with the most recent move being the arrival of 600 military instructors from Russia last month after 300 sent in December were quickly withdrawn. This expansion has paralleled a growing dissatisfaction with the military aid being given by France and the European Union, which has been criticized even within the European Parliament as having almost no accomplishments to speak of after five years of effort. France has intervened in the CAR seven times since the country gained its independence from Paris in 1960.

In addition to the Russian and French instructors, about 15,000 personnel, 11,000 of whom are soldiers, are deployed to CAR as part of the UN stability mission, MINUSCA.

Since the Russian instructors arrived in December, Touadéra’s government has reconquered almost two-thirds of the territory previously controlled by rebel groups allied with former President Francois Bozize, according to local media. 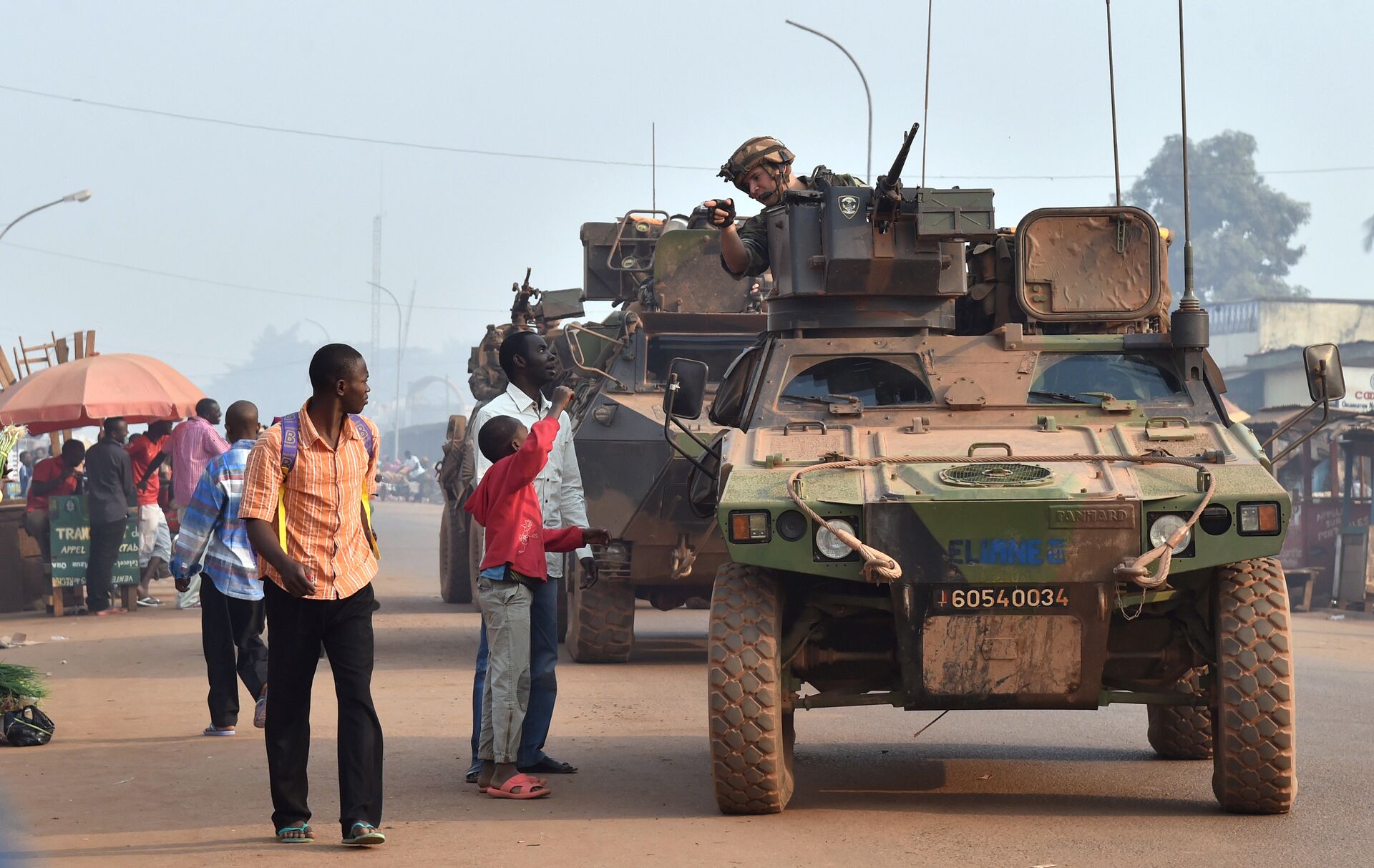 French Sangaris forces patrolling in the Muslim PK 5 district in Bangui, as people go to the polls to take part second round of the presidential and legislative elections in the Central African Republic (File)
© REUTERS / ISSOUF SANOGO

Western media is also doing its part to help separate the CAR government from Russian help: a CNN report released on Monday claims to have documented “war crimes” by the Russian Wagner Group, a private security contractor that is allegedly operating in the CAR, although no proof has been furnished to demonstrate this claim.

"They might deal with some armaments when they instruct people but they are not supposed to fight," Dmitry Polyanskiy, Russia’s deputy ambassador to the United Nations, said, according to AFP. Last month, he stated that the Russian soldiers in CAR are in non-combat roles and not armed.

The CNN report is based almost exclusively on investigation by a group called The Sentry, which was set up by actor George Clooney and former National Security Council African Affairs director John Prendergast, both of whom have been energetic supporters of western intervention in Africa, including that which carved mineral-rich South Sudan out of Sudan in 2011.

Roland Marchal, a researcher at the Center for International Research (CERI) at Sciences Po Paris, told AFP on Monday that "Firmin Ngrebada was the Russians' man, the brain, the political actor of the connection.”

By contrast, the appointment of Dondra seems to clearly be an attempt to sew up relations with France and shift them away from Moscow. This seems especially likely considering Dondra’s five-year history as the CAR’s finance minister, where he facilitated billions in loans from Western financial institutions.

In April 2020, Dondra helped secure a loan from the International Monetary Fund’s Rapid Credit Facility program for $40.7 million (22 billion CFA francs) just a couple of months after the IMF gave CAR a $115 million three-year loan. According to the lending institution, Bangui has $217 million in outstanding purchases and loans - equivalent to roughly 70% of its $300 million annual budget.

However, these loans don’t come without strings. Receiving governments are expected to meet the IMF’s standards for what it considers to be economic growth-maximizing policies - in other words, neoliberal privatization schemes that let businesses, particularly banks and foreign multinationals, run rampant. 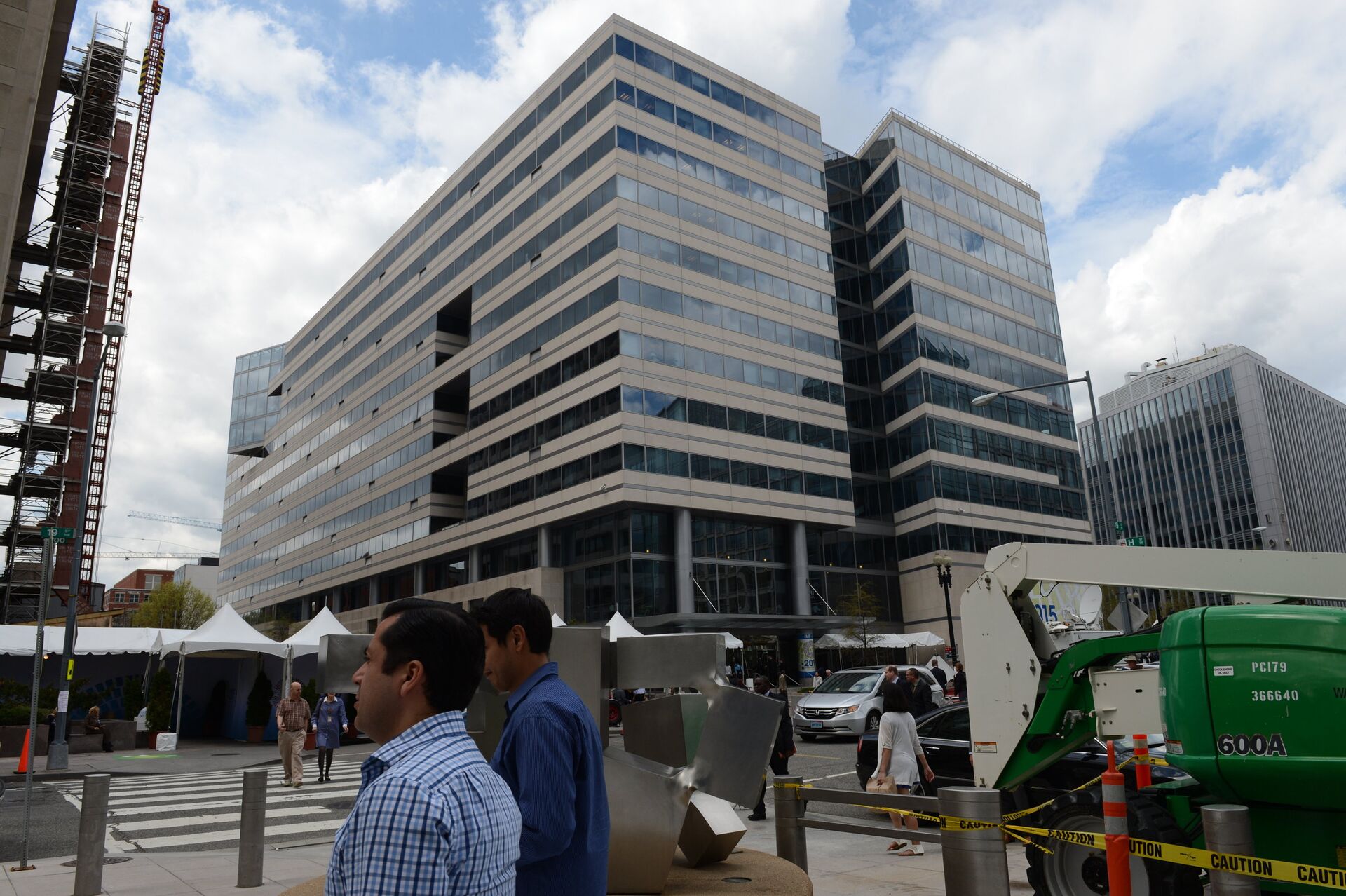 An IMF report from January advised countries in the Central African Economic and Monetary Community (CEMAC) to implement “a decisive acceleration of structural, transparency and governance reforms” in response to falling oil prices “to boost private sector growth, economic diversification, and promote regional integration.” CEMAC includes CAR as well as Gabon, Cameroon, Chad, the Republic of the Congo and Equatorial Guinea, some of the world’s poorest countries and all former French colonies.

Most of the CAR’s economy is geared toward subsistence farming, but its primary exports are timber, gold and diamonds, many of which have been mined in artisanal mining concessions granted to Energem Resources Inc., Vaaldiam Resources Ltd., and Axmin, Inc. - all Canadian companies that have had varying degrees of success. Industrial diamonds alone constitute 57% of CAR’s exports. In 2017, France was still the country’s largest export partner, accounting for 31.2% of all exports.