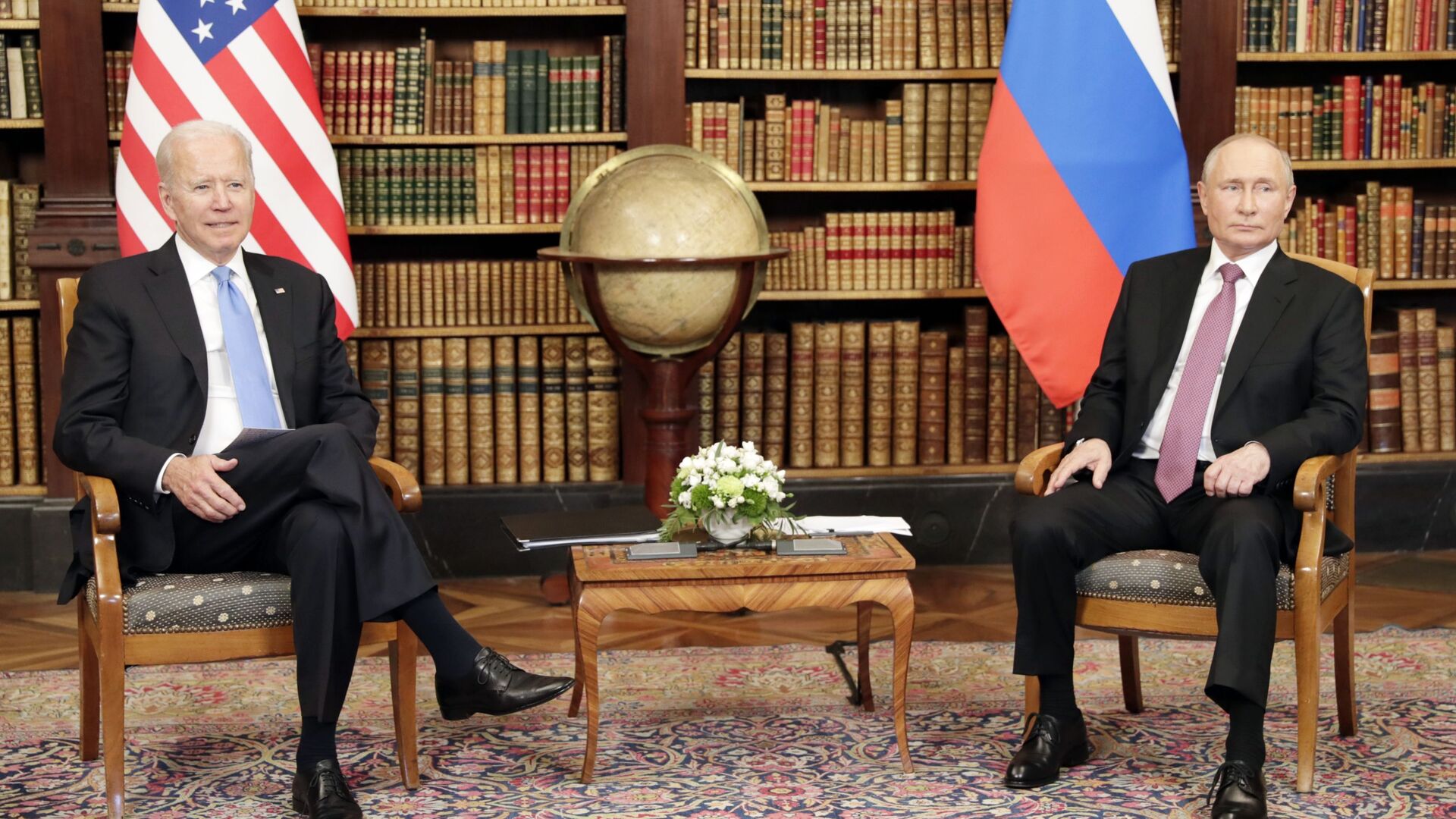 Morgan Artyukhina
All materialsWrite to the author
Russian President Vladimir Putin and US President Joe Biden met on Wednesday in the western Swiss city of Geneva for their first summit since Biden became president in January. While the political outcomes of their meeting will continue to be analyzed, there were a number of unique circumstances about the meeting itself, too.

A number of items were on the agenda for Putin and Biden to discuss that have dominated the news in recent months, including alleged cyber attacks, the suspension of diplomatic envoys, and international issues such as the 2015 Joint Comprehensive Plan of Action (JCPOA) and the US withdrawal from Afghanistan.

Not Their First Dance

While Biden only became the US head of state in January, he and Putin had met before in 2011, when Biden was US vice president and Putin was Russian prime minister. Putin was re-elected to the Russian presidency in 2012, an office he has held since.

Putin also took part in a massive climate change summit hosted by Biden in April, but the two leaders didn’t speak because it was held remotely. However, they have spoken on the phone twice since Biden took office.

Biden’s motorcade pulled up nine minutes after it was expected to, despite him having arrived in Geneva the day prior while Putin flew into Geneva from Sochi earlier that day. At previous summits, Putin has often been the one to arrive late, sometimes by as much as 40 minutes, as when he met US President Barack Obama in 2009 and 2012.

When Biden met Putin outside the 18th century Villa la Grange on Wednesday afternoon, the two leaders exchanged a firm handshake. Then, once inside, they shook hands for a second time. However, when Biden met with other world leaders earlier on his European trip, many of them received fist bumps, as he did with Turkish President Recep Tayyip Erdogan at the NATO summit on Monday, or elbow bumps, as was established COVID-19 safety protocol at the G7 summit in England over the weekend.

and there we have the handshake 👀 #Biden #Putin #BidenPutinSummit Geneva pic.twitter.com/Tr2G6hxyXz

As is customary at meetings of world leaders, Biden and Putin exchanged gifts. They are often symbolic, representing some essential element of the giving nation’s culture.

In Geneva, Putin presented Biden with a stationery decorated with the traditional painting style of Khokhloma, an intricately detailed pattern resembling lacquer that’s used to decorate pottery and household objects. Biden gave Putin a crystal sculpture of an American bison, a large mammal indigenous to the Great Plains and central to the lives of Native Americans. He also gave Putin a pair of custom-made aviator sunglasses like those Biden himself commonly wears, as depicted in a Time Magazine cover prior to the summit.

The grounds of the small villa left little room for the myriad members of the press who wished to snap photos and video clips of the summit, resulting in a “stampede” of shoving and maneuvering that clearly made security officials nervous. Anita Kumar of Politico described it as “the most chaotic [I have] seen at a presidential event in nine years.”

When Biden and US Secretary of State Antony Blinken met with Putin and Russian Foreign Minister Sergey Lavrov, Biden took with him a stack of blue slips of paper that he referenced several times and seemed to be flash cards or note cards of some kind.

While their contents remains unknown, some folks watching the event speculated the paper slips were either hurting Biden by proving he couldn’t remember anything, or helping him because they were superior to clumsy notepads and helped keep him better focused on  important details of the many topics they discussed.

Planners had set aside as much as five hours in two separate meetings for Putin and Biden and their entourages to sort through the lengthy set of topics they had to discuss, but their summit ended almost two hours early. Biden told reporters it was because they focused on “excruciating detail,” while Putin said Biden was an experienced politician and he contrasted Biden’s performance at the summit with his predecessor, Donald Trump.

The two world leaders had previously decided not to hold a joint press conference after their talks, but Biden took a two-hour break after the end of the meeting so that his press conference would follow Putin’s, allowing him to respond to comments the Russian head of state made.

Despite their press conferences being held at separate times, press weren’t given the same access to both leaders. While several Western news agencies were allowed to attend Putin’s presser, such as the BBC and CNN, and were even selected to ask him questions, no Russian media was given access to Biden’s press conference.

Western reporters made a habit of referring to Putin and Biden somewhat differently in their comments and questions. While Biden was often referred to as “President Biden” or “Joe Biden,” several questions at Biden’s press conference simply referred to Putin as “him.” During on-air analysis of the events, CNN anchor Wolf Blitzer even referred to Putin as “the Russian” at one point, an echo of 19th century nationalist rhetoric that caricatured Russians and other non-Western peoples.

"What the hell? ... when did I say I was confident? ... if you don't understand that, you're in the wrong business" -- Biden gets upset at Kaitlan Collins's shouted question as he tries to leave the news conference pic.twitter.com/mCQ1218LaW

It was all business in Geneva: rather than dine during their discussions or enjoy a cordial meal before or after their talks, the two simply arrived at the villa, had their photo op, went to their talks, hosted their press conferences and left.