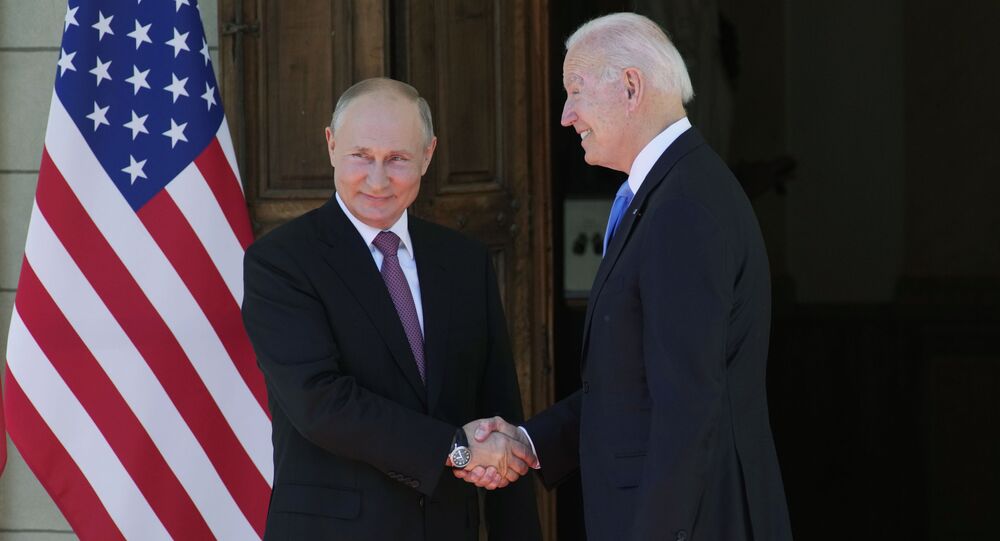 In April US President Joe Biden offered Russian President Vladimir Putin to meet during the summer in one of the European countries.

Russian President Vladimir Putin and US President Joe Biden are meeting at Villa La Grange, near Lake Geneva in the city's biggest park.

The negotiations will consist of three parts: narrow-format talks and two rounds of extended discussion, with a coffee break. The meeting, which will be held under enhanced coronavirus measures, is expected to last up to five hours. The presidents will not, however, hold a joint press conference. Putin's presser will take place before the press conference of his counterpart.

Both the White House and the Kremlin have announced that the leaders are to touch base on a wide range of topics, ranging from strategic stability, information security and cybercrime to the Arctic, climate change, and the fight against COVID-19. They also plan to discuss prospects for trade and investment cooperation between the two countries during the meeting.

The presidents will discuss the Middle East, Syria, Libya, Afghanistan, the situation on the Korean Peninsula, as well as the Iranian nuclear programme. Special attention is planned to be paid to Nagorno-Karabakh and Belarus.

In April, Putin and Biden held a phone conversation to discuss bilateral ties, during which the US president proposed that he and his Russian counterpart hold a personal meeting in a third country in the near future.