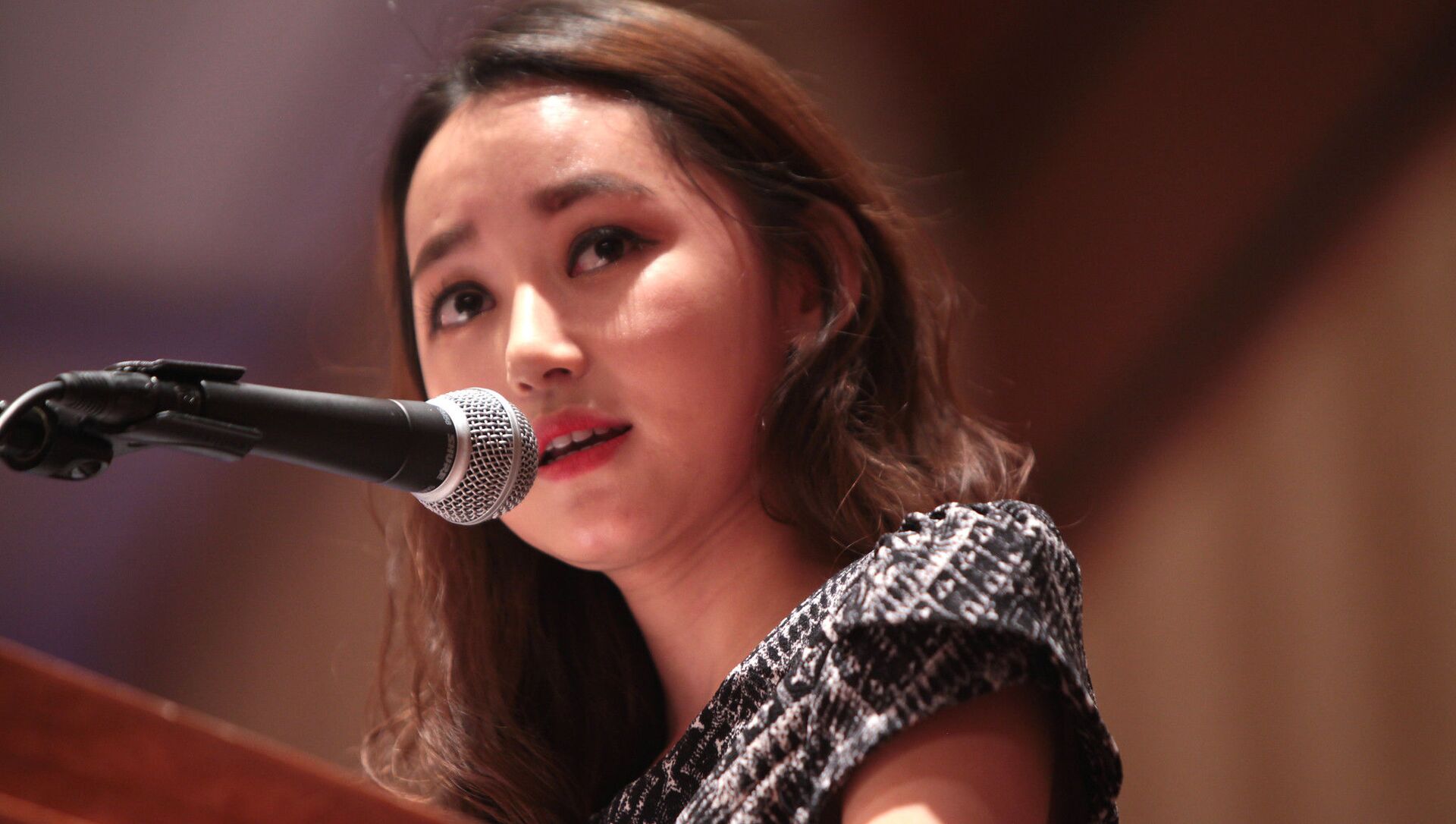 CC BY-SA 2.0 / Gage Skidmore /
Subscribe
Alexandra Kashirina
All materialsWrite to the author
Yeonmi Park fled North Korea with her mother when she was 13 in 2007. They fell into the hands of Chinese traffickers and later escaped to Mongolia. Park said that she had to walk across the Gobi Desert before reaching South Korea.

The North Korean escapee said “anti-Western sentiment, collective guilt and suffocating political correctness” in American Ivy League universities has made her think that even her motherland “is not this nuts.”

Yeonmi Park, 27, entered Columbia University from South Korea on an exchange program in 2016. In an interview with Fox News on Monday, she suggested that Americans do not appreciate their freedom or access to their valuable cultural heritage.

"I expected that I was paying this fortune, all this time and energy, to learn how to think. But they are forcing you to think the way they want you to think," Park said. "I realized, wow, this is insane. I thought America was different but I saw so many similarities to what I saw in North Korea that I started worrying."

Park said that a university staff member criticized her for loving classic literature such as Jane Austen, because “those writers had a colonial mindset,” and are “racists and bigots,” who were “subconsciously brainwashing” readers.

She compared anti-American propaganda at her university, alongside a so-called cancel culture and constant accusations toward white people with anti-Western sentiment in North Korea, where “American Bastard” was “one word for North Koreans.”

Park claimed that she "learned how to just shut up" so as to graduate following disputes with professors and other students.

"North Koreans, we don't have Internet, we don't have access to any of these great thinkers, we don't know anything. But here, while having everything, people choose to be brainwashed. And they deny it," she stated.

Park asserted that in her opinion American higher education institutions are no longer teaching students to think critically, while people do not want to analyze and question, silently suppressing opposing voices and “censoring each other.”

"These kids keep saying how they’re oppressed, how much injustice they've experienced. They don't know how hard it is to be free," she said, adding that they have “zero appreciation of what this country did, what the Constitution says to protect individual liberty.”

Talking about a future for the United States, she suggested that its “future is as bleak as North Korea” as “there’s no rule of law, no morality, nothing is good or bad anymore, it's complete chaos.” 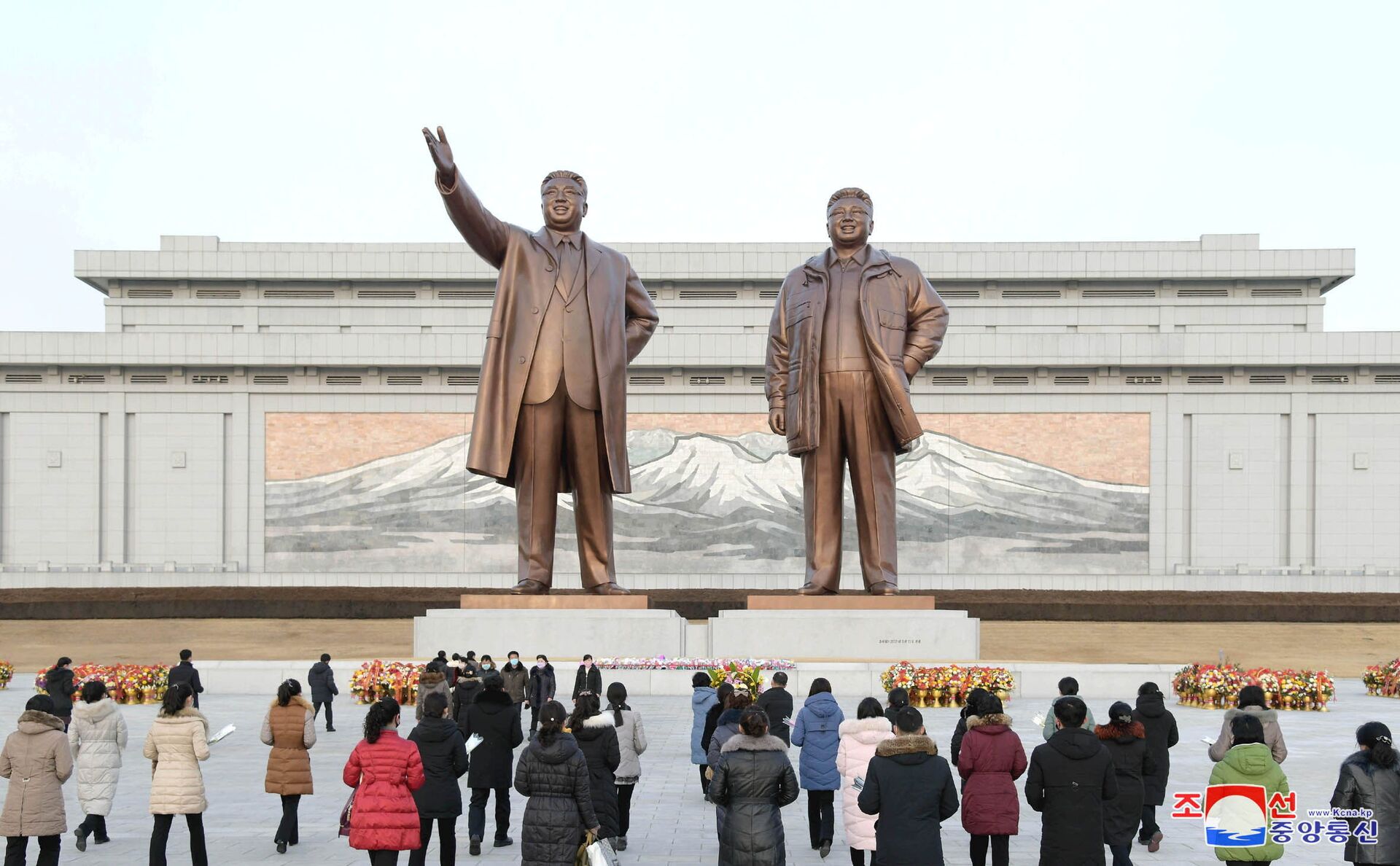 People lay floral tributes in front of the bronze statues of the late leaders Kim Il Sung and his son Kim Jong Il to commemorate the Day of the Shining Star, the birth anniversary of Kim Jong Il, at the Mansudae Grand Monument in Pyongyang, North Korea in this undated photo released by North Korea's Korean Central News Agency (KCNA) on February 17, 2021.
© REUTERS / KCNA

Park and her mother fled North Korea in 2007 after their father was arrested for illicit trade. They reportedly crossed the Chinese border over the frozen Yalu River and claimed to have been sold into slavery by human traffickers. Park, with her mother, claimed to have escaped to Mongolia and before reaching refuge in South Korea by cross the Gobi Desert on foot.

In the US, Park became human rights activist, addressing problems of human trafficking in China and civil rights in her motherland. In 2015 she published a biography "In Order to Live."

000000
Popular comments
All that child needs to know, is that her new homeland literally flattened her abandoned homeland and probably killed scores of her kith and kin. She's a blind frog in the abyss.