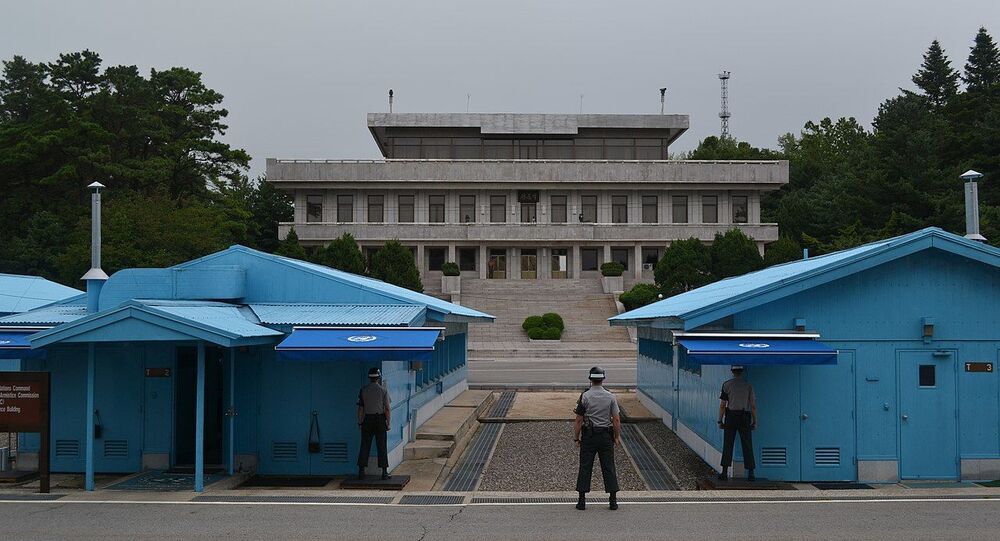 In early November, a North Korean professional gymnast literally hopped the border, escaping the country by jumping over a three-meter fence separating the DPRK from South Korea.

After the incident, South Korean authorities asked the gymnast to perform a similar jump several time to see that he was a real defector, according to The Korea Herald.

As the investigation continues, there are still questions as to why alarms on the fence did not work.

According to the border guards, they did not find any external changes in the design of the fence. However, according to them, the barbed wire looked "pressed" from above.

A DPRK citizen, according to Chosun Ilbo newspaper, crossed the border with South Korea on 3 November. He stayed in the demilitarised zone in Gangwon Province and was detained only 14 hours later. The man said he was seeking refuge.

South Korean military officials were criticised following the defection - they were accused of not responding quickly enough, according to reports.