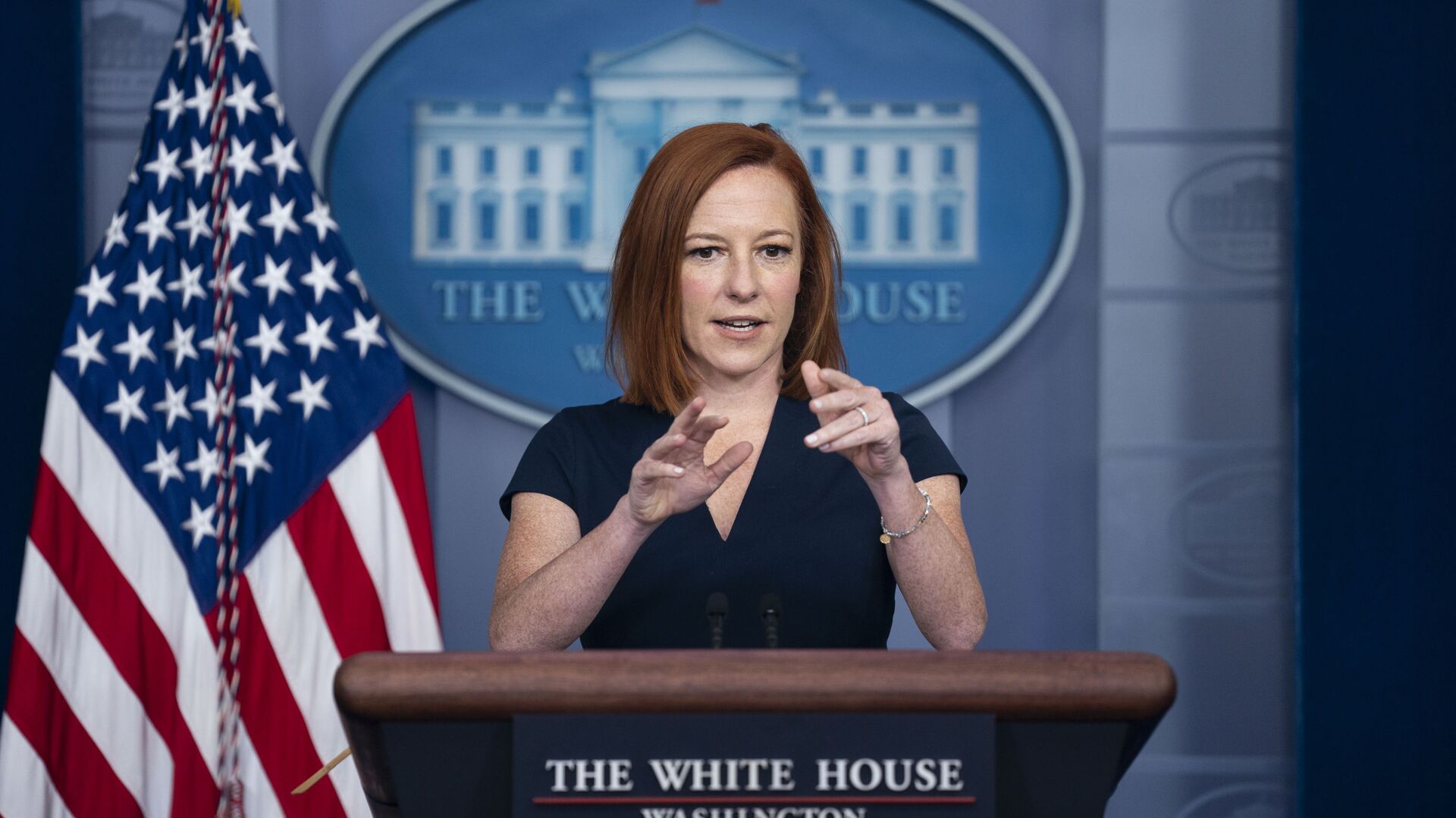 Aleksandra Serebriakova
Moscow-based Sputnik correspondent specializing in foreign affairs.
All materialsWrite to the author
US President Joe Biden is travelling to Europe this week to take part in G7 and NATO summits and then to meet his Russian counterpart Vladimir Putin in Geneva on 16 June.

Joe Biden had spent “several decades” in preparation for his meeting with foreign leaders this week, including with Russian President Vladimir Putin, White House Press Secretary Jen Psaki said during a Tuesday briefing.

Replying to a question about how much time Biden spent in briefings ahead of his first foreign trip, Psaki sarcastically answered that he'd basically spent his whole political career.

According to the press secretary, President Biden is really a fan of “face-to-face engagement in diplomacy”.

“He’s been engaging with his team, talking about what bilateral conversations he’ll be having; where there are opportunities; where there are moments to voice the United States’ concern, where necessary,” Psaki said, adding that her boss had “several decades of experience to build on here”.

Some had joked on social media that while the president’s years of political experience was something to have a huge respect for, Psaki’s answer left some people wondering if preparation for the foreign summits was something Biden had been doing all these years instead of his actual job.

Is that what he was doing the whole time?... That explains the inefficiency.

Wow. Name another president who took 50 years to get ready for his first trip. That's really, REALLY sad.

Biden is going to shake hands with UK Prime Minister Boris Johnson on 10 June ahead of the G7 summit in Cornwall, that will be followed by a meeting with NATO members in Brussels on 14 June and then the US-EU summit, the first one since 2014.

Biden will then head to Geneva to meet with the Russian president, his first summit with Putin as POTUS. According to Russian Foreign Minister Sergei Lavrov, Moscow did not have high expectation or illusions about the upcoming get-together with the American commander-in-chief, but still wanted to have “pragmatic mutually beneficial relations” with the West.