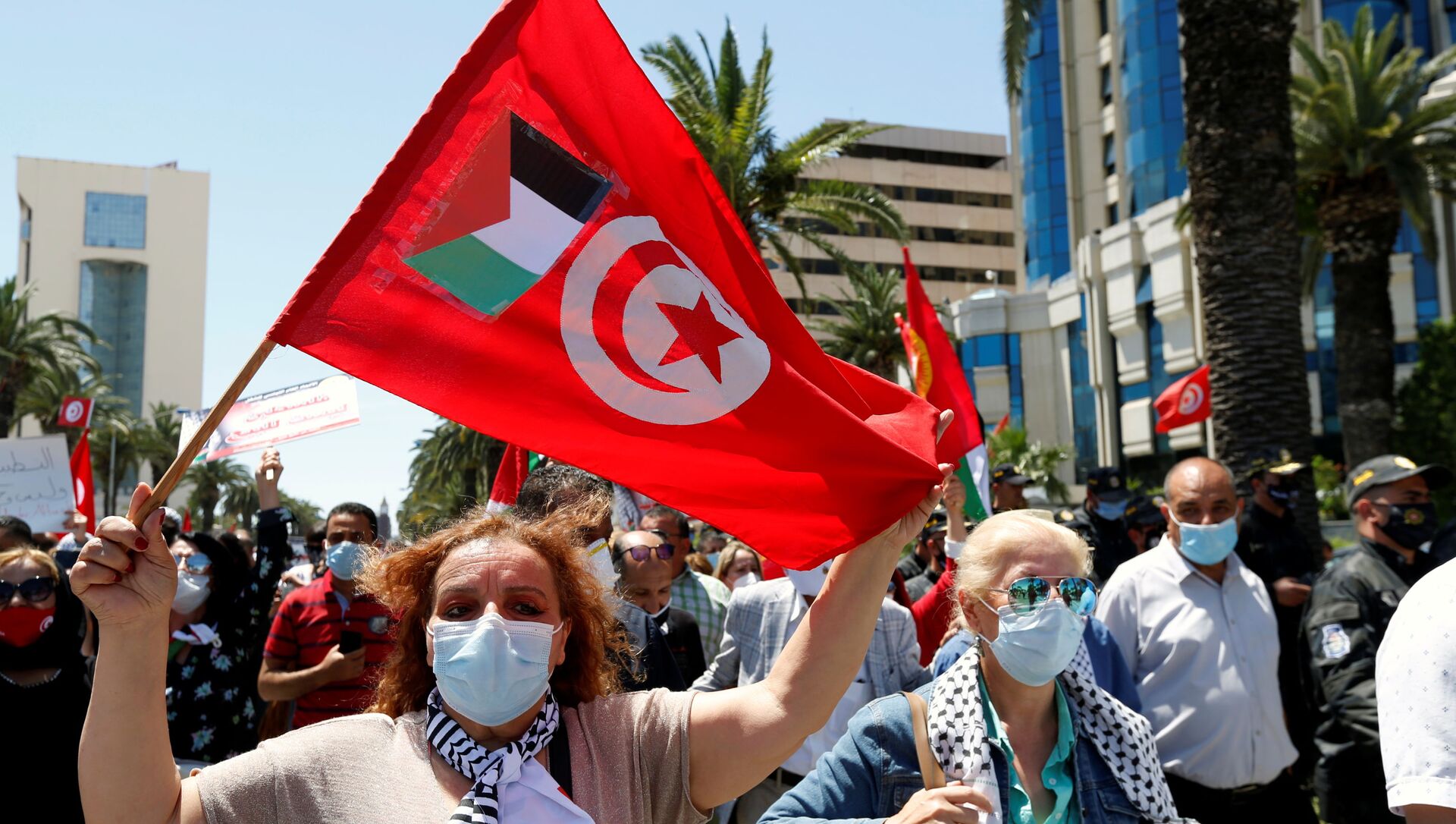 © REUTERS / ZOUBEIR SOUISSI
Subscribe
International
India
Africa
Morgan Artyukhina
All materialsWrite to the author
On Tuesday, the Tunisian legislature began discussion of a bill aimed at banning the normalization of relations with Israel, as several other Arab states have done in the last year. Neighboring Algeria has also considered banning advocacy of normalization in the media.