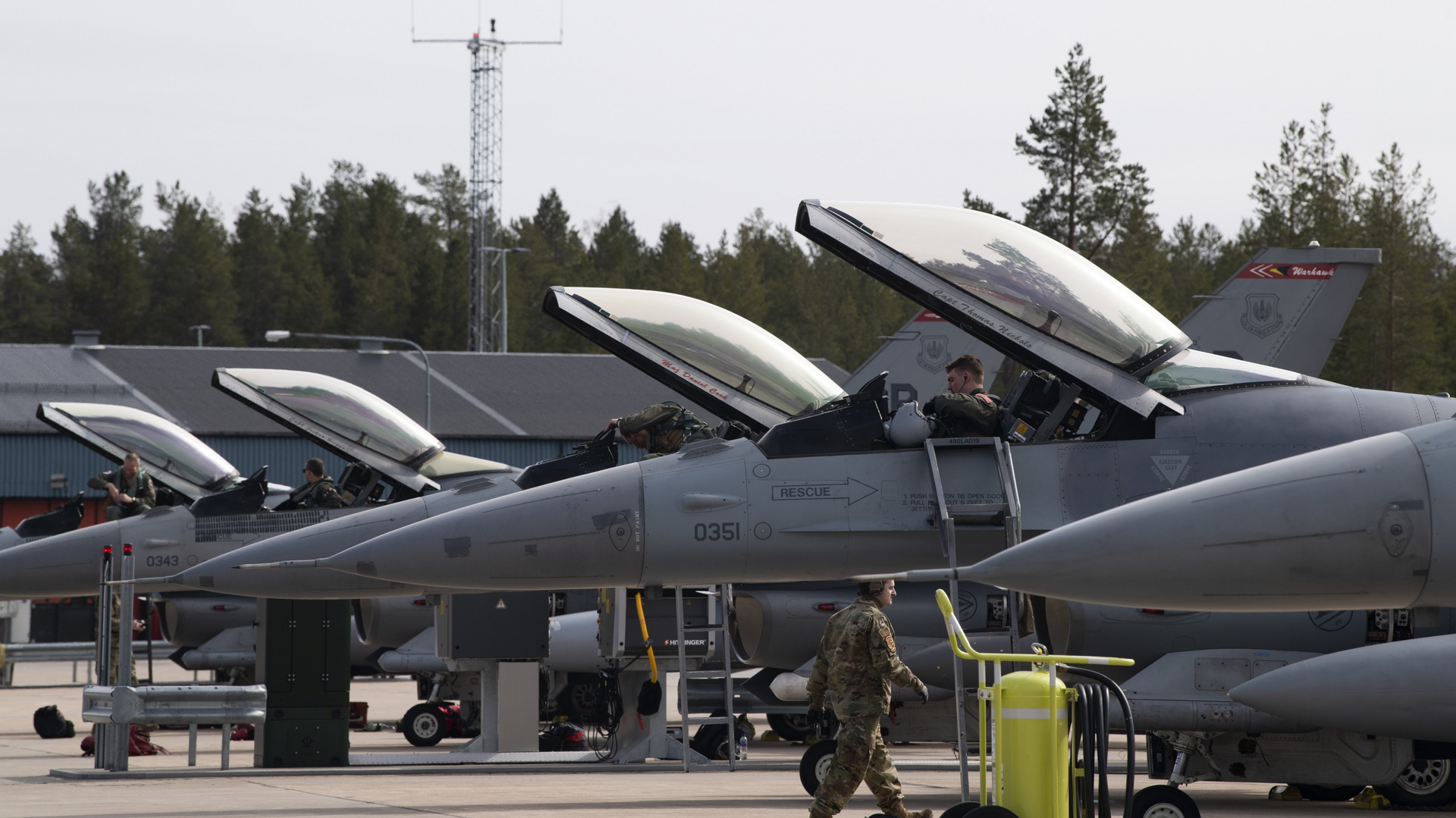 Ilya Tsukanov
All materialsWrite to the author
Air units from the United States, Norway, Sweden, and Finland kicked off the Arctic Challenge Exercise 2021 on Monday, with the manoeuvres, set to run until next Friday, among the largest tactical air exercises of their kind in Europe. The drills are being held at bases in northern Scandinavia as little as 150 km from the Russian border.

The Arctic Challenge military exercises involving the United States are “provocative,” “do not establish any framework for mutual trust in Europe, and contradict [the] peaceful and sustainable development of the Arctic region,” the Russian Embassy in Washington tweeted Tuesday.

❗️Exercises #ArcticChallenge with participation of @HQUSAFEAFAF are provocative. These maneuvers do not establish any framework for mutual trust in Europe and contradict to peaceful and sustainable development of #ArcticRegion

The drills, held on a biannual basis under the auspices of Nordic Defence Cooperation, include a contingent of 250 US Marines, ten F/A-18 Hornet multirole combat jets, as well as KC-130 tankers and transport aircraft.

The exercises are expected to involve a total of over 70 aircraft, and to practice patrols and combat drills by fighter jets, transport and refuelling tanker aircraft, as well as airborne early warning and control planes and search and rescue helicopters in the host countries. Along with the US, Denmark, Germany, the Netherlands, and the UK are involved in the drills, with NATO providing AWACS aircraft, ground crews and air defence units.

Among the bases where drills are taking place are Sweden’s Lulea, Norway’s Bodo and Orland, and Finland’s Rovaniemi, with the latter situated just over 150 km from the Russian border.

The drills come amid mounting concern in Moscow about the US and NATO’s growing military presence in the Arctic region. In April, during a visit to Severomorsk – the home base of Russia’s Northern Fleet, Defence Minister Sergei Shoigu reported on an increase in NATO combat training, the deployment of naval and ground forces, and an expansion and modernisation of military infrastructure in the Arctic, and characterised the situation as “difficult.” He added that Russia’s response would include the continued strengthening of the Northern Fleet’s capabilities, including the adoption of new technologies adapted to the harsh conditions of the north, as well as drilling.

Shoigu estimated that a total of 40,000 troops and 15,000 pieces of weapons and equipment, including strategic aviation, have been concentrated near Russia’s borders in the west and south, and said that NATO reconnaissance flights had doubled in the first three months of 2021 compared to 2020.

Russia has committed significant attention and resources to the Arctic region, seeking to take advantage of its riches, and to create the Northern Sea Route – an ambitious transport artery Moscow hopes will one day allow for sea-based cargoes to be shipped en masse between Europe and Asia in as little as 19 days. Washington has expressed hostility to Russia’s Northern Sea Route plans, and has threatened to sail South China Sea-style “freedom of navigation” patrols through Russian-claimed Arctic waters.

World
Blinken: Climate Change Has Created Potential ‘New Theatre of Conflict’ Between US, Russia in Arctic
In April, US Secretary of State Antony Blinken warned that climate change had created a potential new “theatre of conflict” between the United States and Russia in the Arctic, pointing to the sailing of a Russian gas tanker through the Northern Sea Route in the middle of winter in February.

Also this past spring, at a meeting of the Russian Geographical Society, President Vladimir Putin praised Russia’s icebreaker fleet-building efforts, and said that the country’s new ships were unlike anything else being built by any other country in the world.

Russia’s icebreaker fleet already includes over 50 vessels of various classes, and Moscow has spent billions shoring up its Arctic-adjacent infrastructure, including deep-water ports and airfields. In addition, Russia recently established a northern Arctic military command, and has deployed air defence units and search and rescue infrastructures to the region.