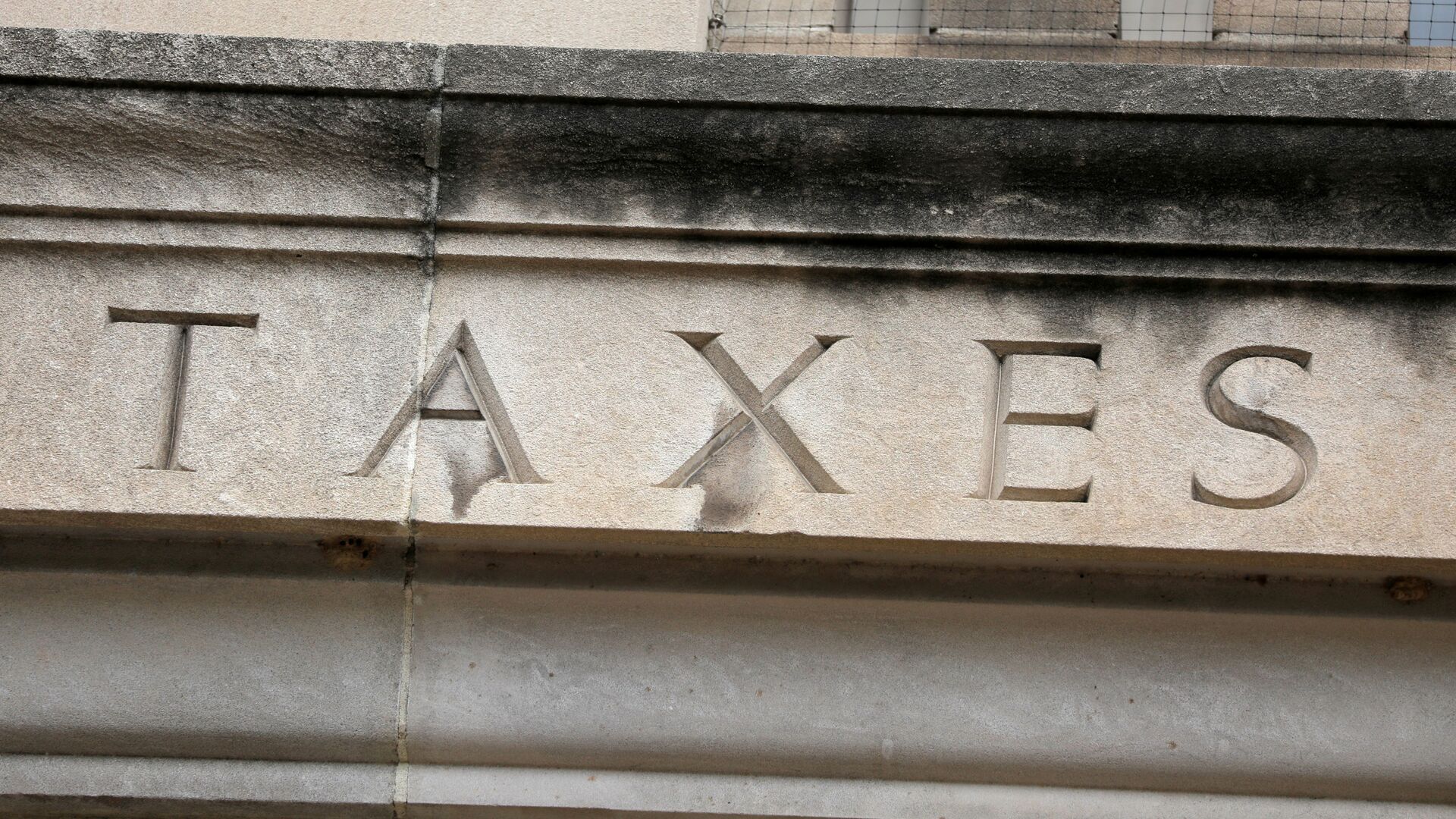 Kirill Kurevlev
Correspondent
All materialsWrite to the author
The journalistic investigation has found that the top 25 Americans pay less in taxes than the typical worker. For instance, In recent years, the average American household earned around $70,000 per year and paid 14% in federal taxes.

The US Internal Revenue Service (IRS) is looking into a tax data breach following a report published by ProPublica on Tuesday, which, based on the leaked classified records, revealed that billionaires Elon Musk, Jeff Bezos and Warren Buffett are among the wealthiest Americans who have paid no federal income tax in some years, Commissioner Charles Rettig said during a Senate Finance Committee hearing on the agency's budget.

“We will find out about the ProPublica article,” Rettig said, adding that the IRS has "turned it over to the appropriate investigators, both external and internal," and that he "absolutely" intends to prosecute the beforementioned breach.

However, the commissioner was not qualified to comment on the scope of the data leaked from the system.

Senate Finance Chair Democrat Ron Wyden of Oregon said the disclosures put a new light on the rich not paying "their fair share," and that he will produce a proposal to fix that – an apparent reference to his plan to tax investment gains on an annual basis.

In turn, White House spokeswoman Jen Psaki said on Tuesday that the media leak of wealthiest Americans’ tax returns was illegal and is under investigation.

“Any unauthorized disclosure of confidential government information by a person with access is illegal and we take this very seriously. The IRS Commissioner said today that they are taking all appropriate measures including referring the matter to investigators,” Psaki said during a press briefing.

ProPublica obtained and released private IRS documents from the country's wealthiest individuals, covering the period between 2006 and 2018, on Tuesday. By comparing tax returns with wealth gains reported by Forbes, ProPublica discovered that Bezos, Buffett, and other high-net-worth Americans paid minimal effective taxes, or, at some points, none at all.

According to the documents, Warren Buffett, the CEO and chairman of Berkshire Hathaway, has avoided the most taxes in recent years. Buffet's fortune increased by $24.3 billion between 2014 and 2018, although he paid just $23.7 million in taxes.

It revealed a so-called true tax rate of 0.1%, or less than ten cents for every $100 Buffet added to his fortune during that time period.

As for outgoing Amazon CEO Bezos, between 2014 and 2018, his fortune increased by an estimated $99 billion, with a total reported income of $4.22 billion. And Bezos paid $973 million in taxes during that time period, equating to a genuine tax rate of 0.98%.

In a combined tax return with then-wife MacKenzie Bezos in 2007, when Bezos paid no income tax, the Amazon founder declared $46 million in income, the majority of which came from interest and dividend payments from investments.

He was able to offset losses from other investments and deductions from his earnings. In 2011, his tax return reportedly revealed that he had lost money, but he claimed a $4,000 tax credit for his children. 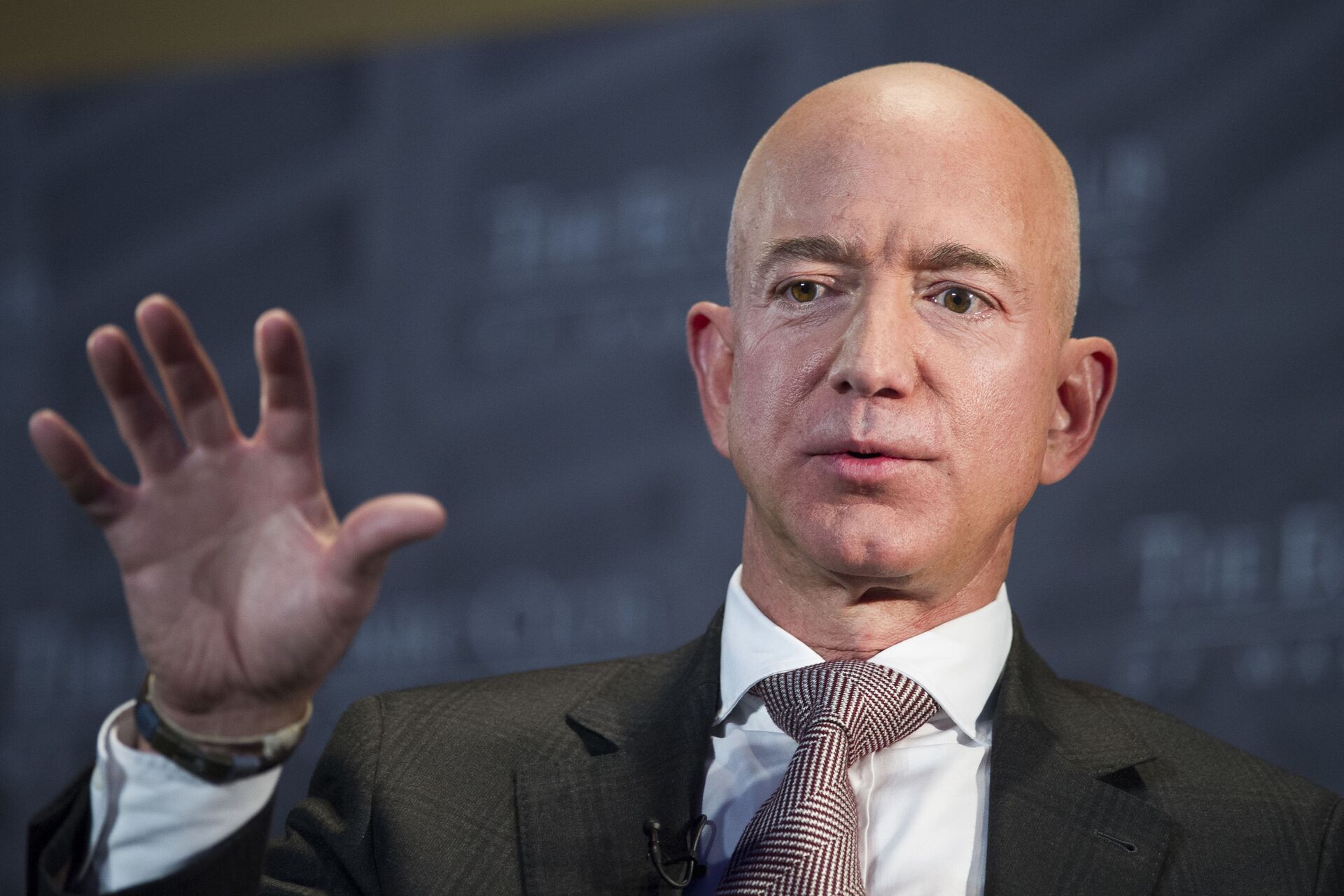 Carl Icahn, the 40th richest person in the United States with a net worth of $14.9 billion, did not pay federal income taxes in 2016 and 2017. According to data, he had an adjusted gross income of $544 million at the time, and he had a $1.2 billion Bank of America loan outstanding.

Icahn himself responded to a request from the publication that his reported adjusted gross income is deceptive because he actually lost a lot of money paying interest on his loans.

"There's a reason it's called income tax," his reply is quoted in the report. "The reason is if, if you're a poor person, a rich person, if you are Apple - if you have no income, you don't pay taxes. Do you think a rich person should pay taxes no matter what? I don't think it's germane. How can you ask me that question?"

The outlet states that the records obtained contain the full IRS data on several US moguls, adding to those already analyzed Bill Gates, Rupert Murdoch and Mark Zuckerberg, and it shows "not just their income and taxes, but also their investments, stock trades, gambling winnings and even the results of audits."

The tax data was obtained in an undisclosed manner by ProPublica. After publishing a series of pieces about the IRS records, the outlet only said that it was given the data in "raw form," and it took "months" for reporters to process and analyze it before reporting the conclusions.

ProPublica reported that Americans earning between $2 million and $5 million each year paid an average of 27.5% in taxes, according to IRS figures. Meanwhile, the top .001% of taxpayers, or the 1,400 people with a reported income of more than $69 million, paid a whopping 23% of their income in taxes.

According to the report's conclusions, using lawful tax tactics, allowing them to sidestep the higher rates, many billionaires are able to dramatically cut their federal tax bills.

Biden Suggests 15% Floor for US Corporate Taxes Instead of 28%, Reports Say
For example, they can decrease their tax costs by making charitable contributions or avoiding wage income, which is taxed at up to 37%, and Facebook's Zuckerberg along with Google's Larry Page have avoided taxes by taking total personal salary cuts, assigning themselves a payment of $1.

Instead, they can take advantage of investment income, which is taxed at around 20%.

The disclosure occurs at an important time for Democrats who want to raise taxes on the wealthy. And President Joe Biden is proposing tax rises on the wealthiest to fund his spending plans. Biden proposes to raise the top tax rate for anyone making $400,000 or more in taxable income to 39.6%, which would affect less than 2% of US households. Workers currently pay a maximum tax rate of 37% on their wages.

As Politico reported on the article and the consequences, internally, lawmakers are split on whether and how much to raise taxes to fund their next big-spending project.  According to the report, the ProPublica revelations will aid the Democratic party's progressives by making it more difficult for more moderate members to oppose tax increases.