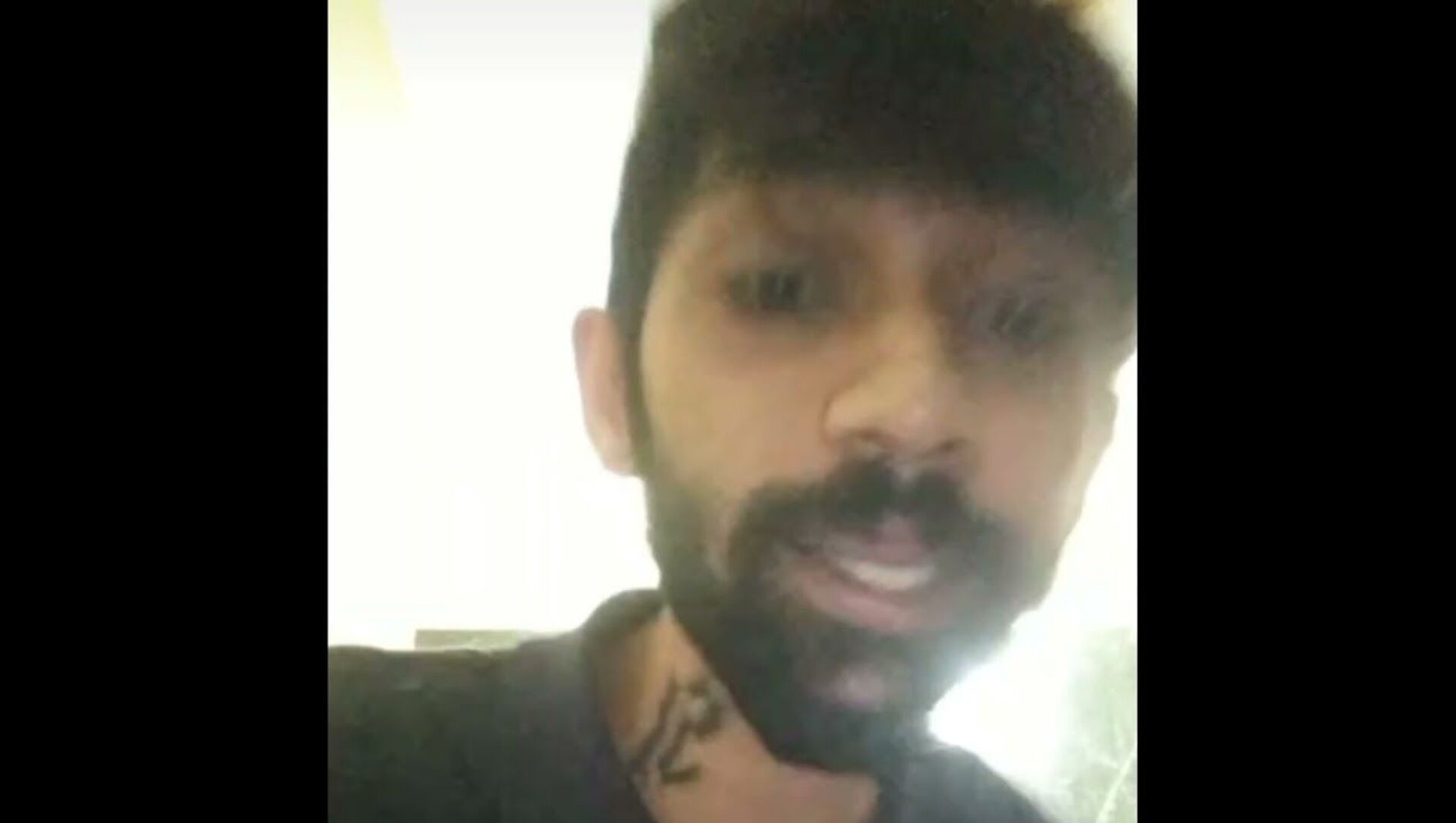 Advitya Bahl
All materialsWrite to the author
Last week, a famous Indian rapper was facing the heat among citizens after a controversial video that showed him uttering abuses went viral. In the video clip from 2016, the rapper was seen making some objectionable remarks about scriptures revered by millions of Hindus.

The Delhi Police said Monday that MC Kode, aka Aaditya Tiwari, a popular personality from the underground hip-hop circuit, has been missing for the last few days. The rap artist couldn't be found anywhere after posting an ambiguous Instagram story, police officials revealed on Monday.

Speaking to Sputnik, a senior Delhi Police official said that the rapper, identified as MC Kode aka Aaditya Tiwari (22), had faced a backlash and death threats after a video of an old ‘rap battle’ resurfaced. It purportedly showed Tiwari reciting disrespectful lyrics about Hindu scriptures.

"On Friday(4 June), a woman reported to police that her son Aaditya was missing since Wednesday. She also shared that her son had also allegedly posted a suicide note on Instagram on 2 May. Efforts made to trace him were in vain, following which a case was filed under Section 365 of the Indian Penal Code (Kidnapping or abduction)," Atul Kumar Thakur, Deputy Commissioner of Police (South district) told Sputnik on Monday.

The officer further said his last location was traced to be in Delhi's neighbouring Uttar Pradesh state before his phone was switched off.

"With the help of technical surveillance, we have found that his phone’s last location was in Noida city on 25 May. It was later switched off. We went through his social media handles and found that he has removed posts from the internet. So we have now written letters to social media sites to provide certain information related to his account,” Thakur said while adding that a further investigation is underway.

Meanwhile, the rapper's mother, Deepa Tiwari, told Sputnik ever since the video went viral, people had been threatening his life and had even come to her house.

"It was on 30 May that I talked to him for the last time. He was really upset about the trolling and backlash. I fear for his life. We request that the police and government administration find him quickly. They (Police) need to look along the Yamuna River," Deepa said.

She further claimed that after the trolling, nine brands stripped Aaditya of their endorsements. Meanwhile, one person even announced a reward of $687 for anyone who would slap him 20 times and record it.

Several big names in the rap world such as Raftaar and Divine are among those who have put up posts about finding Aaditya.