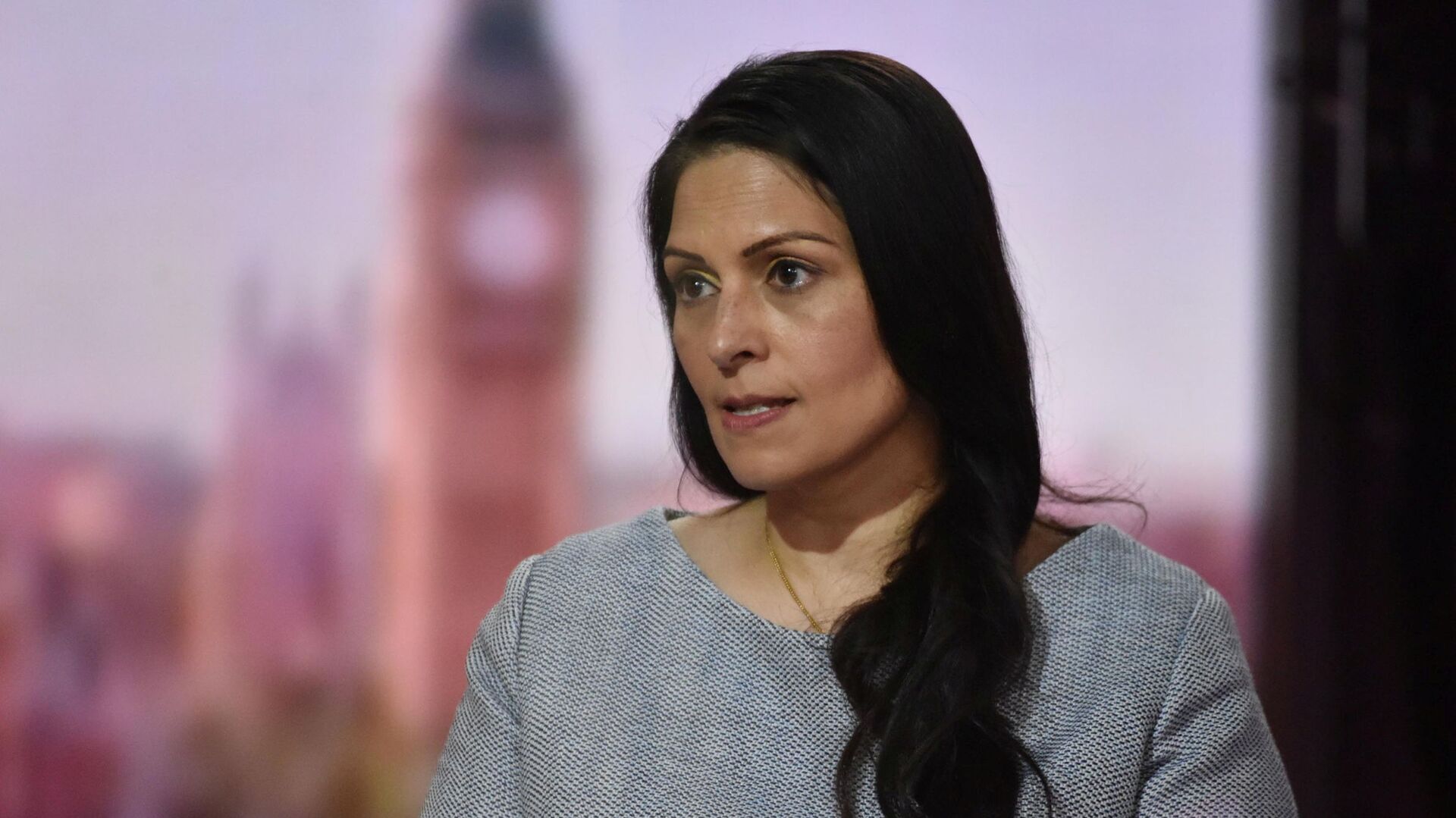 Daria Bedenko
All materialsWrite to the author
According to UK Home Office data, over 4,000 people have been prevented from crossing the English Channel so far this year.

UK Home Secretary Priti Patel on Saturday addressed social media companies in a letter calling for the removal of posts and videos that, according to her, go viral and therefore "glamourise" the "lethal" crossings of the English Channel by migrants.

"They [such posts] encourage others to leave a safe European country and put theirs and their family's life at risk and are even used by people smugglers to promote their deadly business", Patel wrote in her letter. "What these posts don't mention are the people who have died trying to make this crossing, or those forced to spend 13 hours in unseaworthy boats in freezing waters".

Just when you thought you’d seen it all!

Migrants making TikTok videos as they cross The Channel.

Well done Patel & co- what a laughing stock you’ve made us pic.twitter.com/6SLrYBTUNj

While affirming that some progress has been made by social media platforms in removing content about "lethal crossings", Patel said that companies must "quickly and proactively remove posts related to illegal crossings before more men, women, and children die in the Channel".

Earlier in the week, the Home Office accused "criminal gangs" of being involved in promoting lethal crossings, and vowed to "break the business model of these heinous people smuggling networks and save lives".

Criminal gangs are putting profits before people’s lives through these dangerous and unnecessary crossings.

Our #NewPlanForImmigration will break the business model of these heinous people smuggling networks and save lives. pic.twitter.com/fqWAchm1rj

​The head of the Refugee Council, Enver Solomon, said, however, that the government's approach does not seem to be working, and offered another solution.

"The reality is that when fleeing war, terror, and persecution, ordinary people are forced to take extraordinary steps to seek safety in another country", he said, as cited by the BBC. "Creating safe and regular routes to the UK - through an expanded resettlement programme, humanitarian visas, and reforming the restrictive family reunion rules - is the way to effectively address the issue".

Philp held a meeting with Facebook, Instagram, and YouTube's representatives, where he told them it was "completely unacceptable" for tech companies to refuse to take down posts that advertise illegal boat crossings and fake passport and visa services.

The immigration minister also added that the companies were facilitating illegal immigration under the 1971 Immigration Act, and would face the prospect of huge fines and potential blocking of their services under the government's proposed new duty of care laws to tackle online harm.

Illegal Rescue? UK Border Force Secretly Picked Up Channel Migrants in French Waters, Report Says
Meanwhile, the Home Office has said it is "cracking down on the despicable criminal gangs behind people smuggling" and that over 4,000 people had been stopped from making the crossing so far this year.

The Home Office has additionally launched an "urgent" investigation into a Daily Mail report, suggesting the British Border Force secretely picked up a group of migrants trying to cross the English Channel illegally in French waters last week. They were later taken to the town of Dover in Kent, the report said.

According to the Daily Mail, the incident took place last Saturday, when "the controversial action on the French side of the Channel was orchestrated between senior crew members of [the] HMC Valiant and French patrol ship Athos".

A Home Office source told the publication that the government's own border agency appeared to have helped migrants enter the country illegally.

"The job of Border Force is to secure the UK's border, not facilitate illegal entry across it".

Lucy Moreton, from the Immigration Services Union, said she had no firsthand knowledge of the incident, but British boats should not enter French waters to pick up Channel migrants, she noted

"That shouldn't happen, it is a notional line in the sea of course but it's as much a border as any other and if the vessel crossed into French water it appears to have done so with permission, but it wouldn't be appropriate", Moreton said, adding "where there is a threat to life at sea, the French vessels simply keep eye contact with the migrant vessel into British waters and we then pick it up".

Moreton's comments echoed Patel saying that the incident "should not have happened" as she ordered an urgent probe.