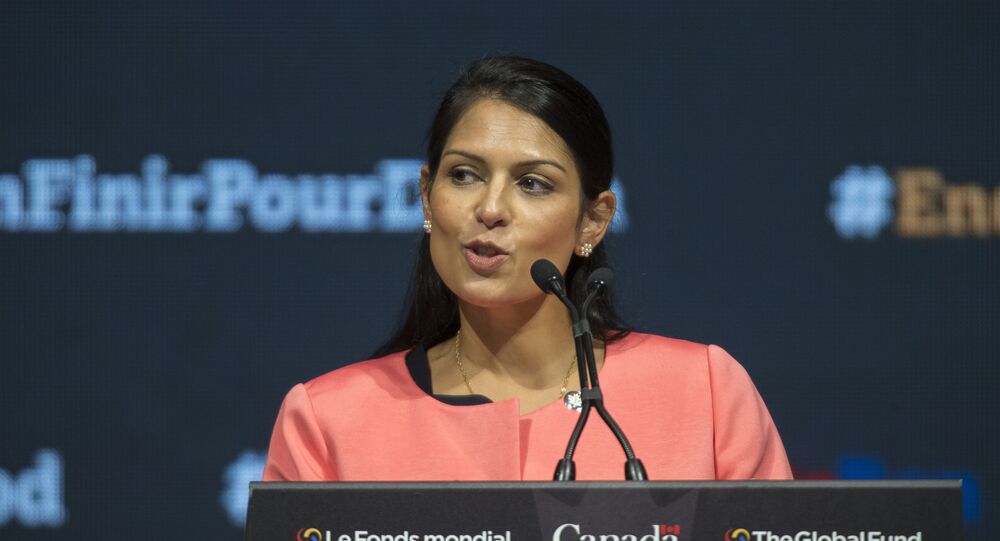 In mid-December, the UK government unveiled its 2025 Border Strategy, touted by London as a blueprint that would help the government turn Britain into a country with the most effective frontier in the world.

Despite reports that Britain ruled out leaving the European Convention on Human Rights (ECHR) in line with the agreement, Patel promised more government efforts to prevent foreign offenders from using ECHR provisions in order to dodge deportation.

"I'm immensely proud of the comprehensive package of capabilities we've agreed with the EU. It means both sides have effective tools to tackle serious crime and terrorism, protecting the public and bringing criminals to justice", she underscored.

The statement comes as the Daily Mail cited an unnamed EU source as saying that a security cooperation agreement, which is part of the London-Brussels trade deal, stipulates the UK not scrapping the European human rights laws.

"In our negotiation we wanted it to be clear that cooperation in this matter will be subject to the condition that the UK will continue to adhere to this convention, and that we will be able to invoke this convention in the international courts in the UK. So, this is now clearly stated in the agreement", the source claimed.

Although London will still have access to major European security agencies and databases to contain cross-border crime and terrorism, Brussels, for its part, warned that "direct, real-time access" to sensitive information will stop next year, according to a copy of the EU-UK trade deal obtained by the Daily Mail.

The deal specifically envisages Britain quitting the EU's key security agency Interpol, as well as the European Arrest Warrant system and the bloc's Schengen Information System II, which was repeatedly checked by US police in 2019.

The developments followed the British government publishing its 2025 Border Strategy in mid-December, which was described by the Chancellor of the Duchy of Lancaster Michael Gove as a document that "lays the groundwork to realising our ambition of having the most effective border in the world by 2025".

"As the Brexit transition period ends, the UK will seize this once in a lifetime opportunity to transform our borders, making them smarter and more secure", he added.

Patel, at the time said the end of the 11-month transition period means the UK "will be free to seize the opportunities that come with being a sovereign nation once again".

In the latest development, EU chief Brexit negotiator Michel Barnier has briefed ambassadors from the bloc's 27 countries on details of the Brexit deal, which is believed to contain about 1,250 pages.

© REUTERS / POOL
EU-UK Deal Comes at Price for London, But Brexit Benefits May Exceed Expectations, Observers Say
The envoys are due to reconvene on Monday to decide on the preliminary application of the agreement within days, amid reports about the European Parliament's readiness to greenlight the deal.

On 24 December, Prime Minister Boris Johnson praised the UK-EU trade deal as "the biggest", saying that it would allow British goods "to be sold without tariffs in the EU market". The sides concluded the deal after protracted talks, involving impasses over a whole array of sensitive issues, including fisheries, competition rules, and mechanisms to settle trade disputes.