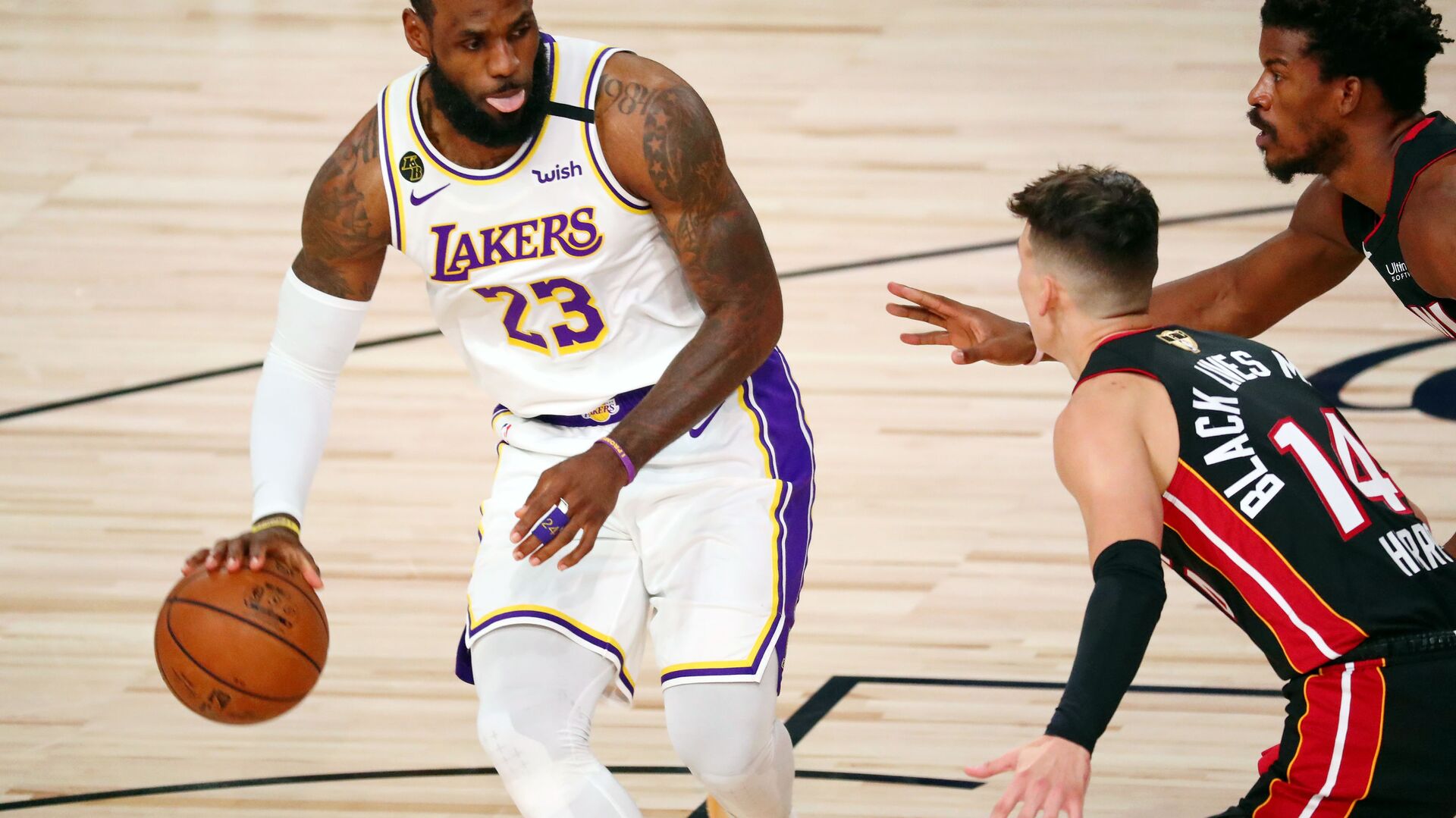 Max Gorbachev
All materialsWrite to the author
The Lakers are the first defending champions to lose at such an early stage since the San Antonio Spurs’ exit in 2015. Fans blamed the team’s misfortunes on injuries. James himself missed a total of 26 games after he sprained his ankle in March.

Reigning NBA champions the Los Angeles Lakers have been eliminated from the playoffs. The team was shockingly beaten by the Phoenix Suns 100-113. However, the Lakers' defeat was not the only thing that stunned viewers. The team’s star LeBron James walked off the court without shaking hands with his rivals, which prompted criticism from sports pundits and fans.

A quick exit for Lakers’ LeBron James after Game 6 loss. No handshakes on the court w/ the Suns pic.twitter.com/hv7S60KHRk

​The news came two days after the four-time NBA champion raised eyebrows during the fifth game against the Phoenix Suns. James, who was apparently frustrated with the Lakers' performance, left the bench and headed straight into the locker room five minutes before the end of the fourth quarter.

LEBRON HEADS TO THE LOCKER ROOM WITH 5 MINUTES LEFT pic.twitter.com/WpGUfDDDAr

​The athlete scored 29 points during the latest game. However, his behaviour, which many described as "unsportsmanlike", upset numerous basketball fans.

He is a big baby. Needs to go away.

​Many netizens accused the athlete of being a sore loser and noted that other basketball legends like Michael Jordan never acted like that.

this guy quits on his team at first sight of things going wrong, multiple times. And this guy thinks the world should listen to his stances on politics and social issues? Thanks for the championship, but get lost @KingJames pic.twitter.com/4G89M6tQ1V

Getting sick and tired of his behavior. This is why he will never be greater than MJ or Kobe! Both Jordan and Kobe would’ve stayed and shook hands. Both knew how to lose with dignity.

However, were also those who defended James.

​After beating the Lakers, the Phoenix Suns are set to face the Denver Nuggets, who earlier beat the Portland Trail Blazers in a 4-2 series win.