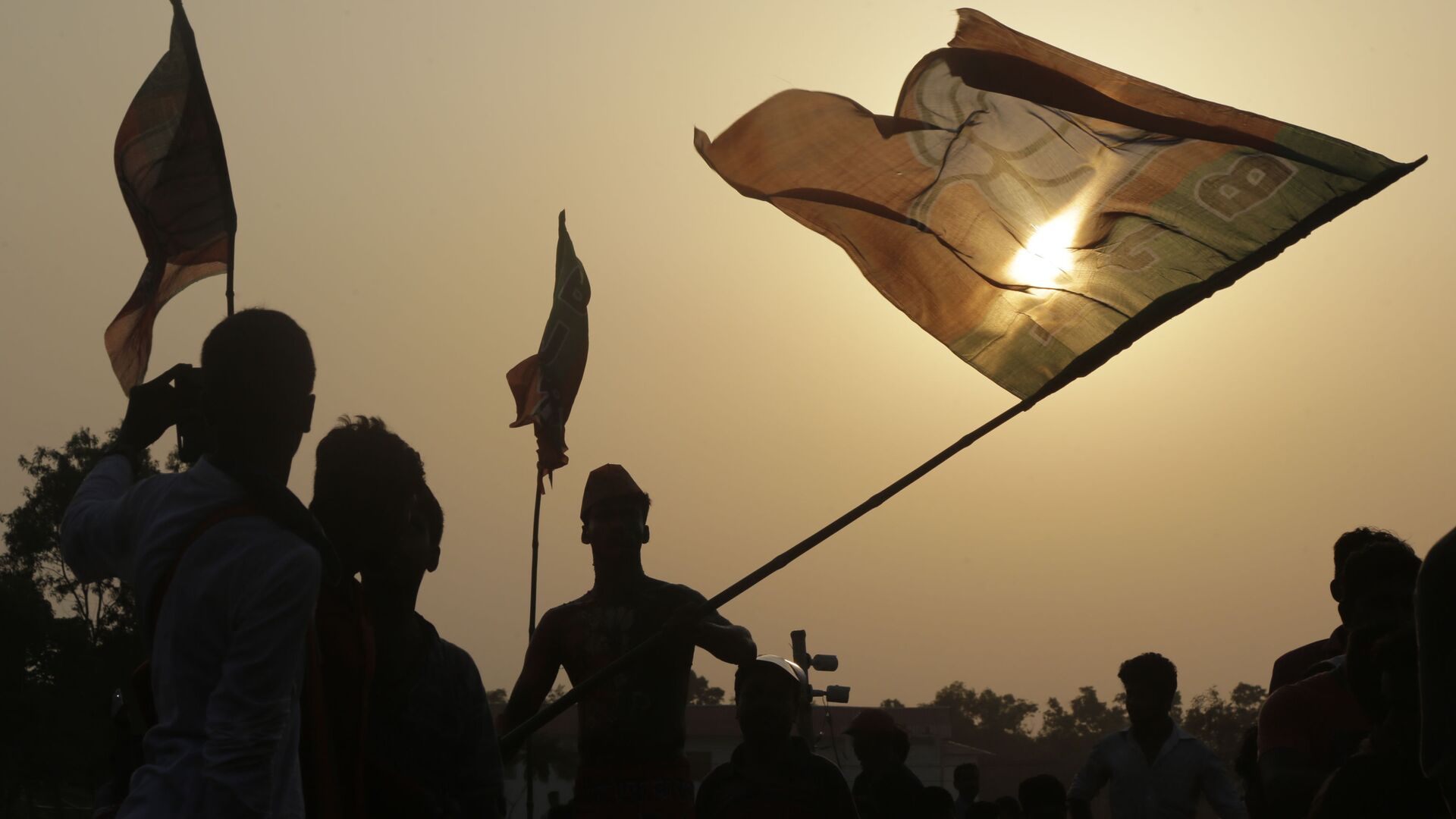 © AP Photo / Bikas Das
Subscribe
International
India
Africa
The targeted killing of Bharatiya Janata Party (BJP) workers continues in the state of Jammu and Kashmir - a disputed territory which has been claimed by both India and Pakistan. With the party showing some success in recent local elections, there has been a substantial rise in terrorism-induced violence against the party workers in the region.

At least 17 members of India's governing BJP party have been killed in Kashmir over the past two years, the party said after yet another shooting attack on a local leader who had played an important part in expanding the party's popularity in the state.

“Terrorists do not want peace and democracy here. With such an attack they want to create panic among us and the local peace-loving people. They will not succeed in their agenda. We want a peaceful and prosperous Kashmir," BJP spokesman for Jammu and Kashmir, Altaf Thakur, told Sputnik.

On Wednesday evening terrorists fatally shot a BJP leader and wounded a woman in Tral, Pulwama district in South Kashmir.

“Three unidentified terrorists fired on municipal counsellor Rakesh Pandita who was visiting his friend at Tral Payeen late in the evening. He died from his injuries and his friend's daughter was seriously wounded in the attack,” a Kashmir police official told the media.

The counsellor was living in secure accommodation in Srinagar and had two Personal Security Officers (PSOs).

“Pandita was not accompanied by the PSOs during his visit to Tral,” the police official added.

Ever since coming to federal power in May 2014, the BJP has been pursuing an agenda to appease Hindus and also expedite the infrastructure development works in the disputed territory.

“We are constantly threatened by terrorists, but morale among our party leaders and workers is high. At present in our party, more than 700,000 party cadres are active here in Kashmir,” BJP spokesman Thakur added.

The BJP's presence in the Kashmir Valley has been growing recently. Not so long ago, the party could not even find candidates to participate in elections.

Now the situation has changed. However, some local BJP leaders have been outspoken in criticising the lack of security and many have officially asked the administration to earmark safe zones for BJP workers in each district of the Kashmir Valley.

The Narendra Modi-led government jettisoned Article 370 of the Indian Constitution in August 2019, thus ending the special status for Kashmir which had been one of the conditions for the region joining India in 1947.