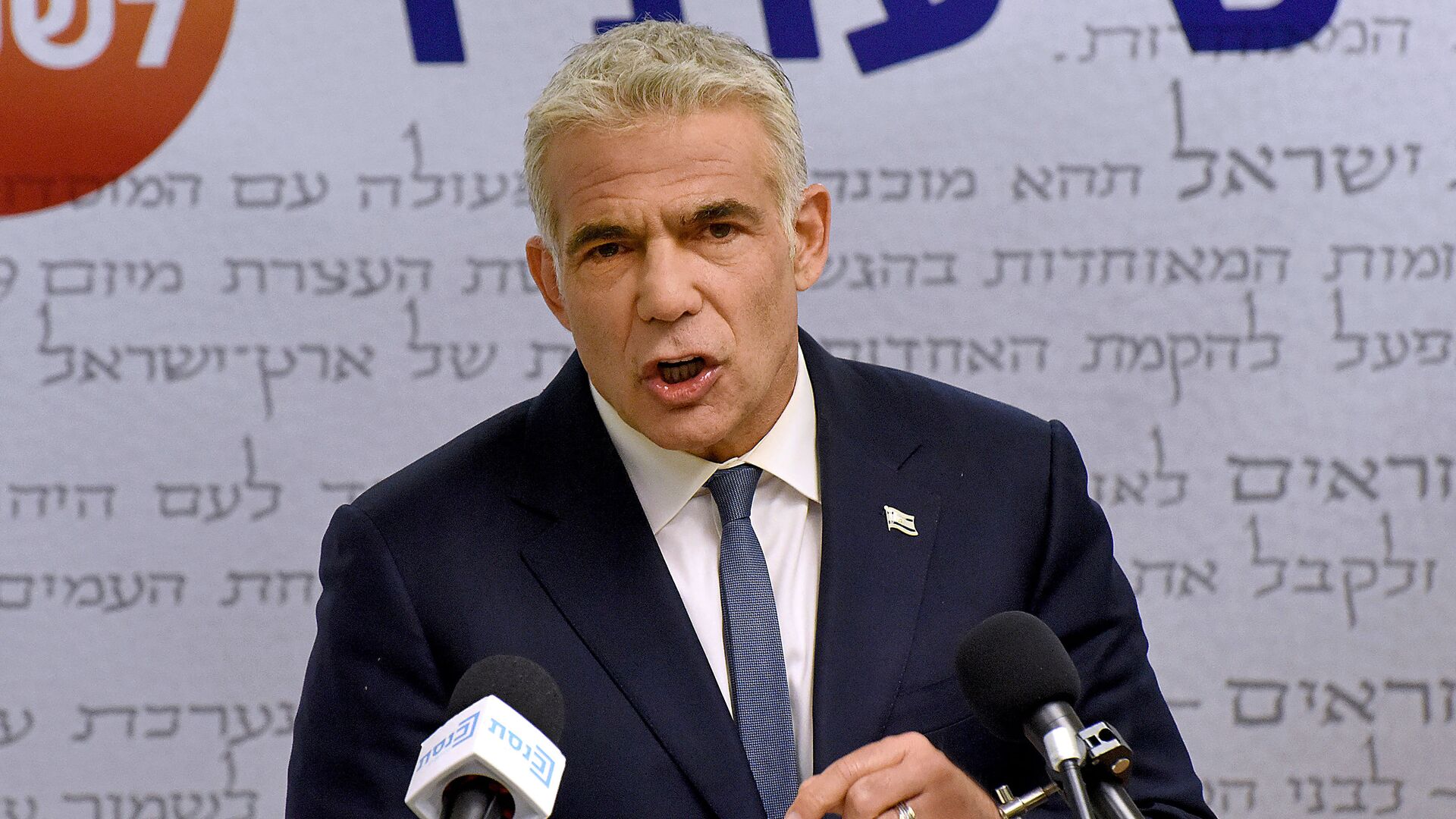 Elizabeth Blade
All materials
For the chairman of Yesh Atid to forge a coalition, he needs 61 signatures. But Naftali Bennett, who is supposed to bring six much-needed seats, is struggling to convince members of his own bloc that an alliance with Lapid is the right way forward.

On Wednesday, the chairman of the Yesh Atid party, Yair Lapid, informed Israel's President Reuven Rivlin that he was able to forge a coalition after the chief of the hawkish Yamina party gave his okay to the formation of a joint government.

But it turns out that the race to the prime ministership is far from over.

For Lapid to succeed at this task, he needs the agreement of 61 members of the potential coalition. Before Bennett gave his greenlight, the chairman of Yesh Atid only had 55 approvals and the head of the Yamina party was supposed to become the missing link that would bring along five more lawmakers.

Split Within the Ranks

However, the catch is that Bennett is struggling to make that happen. His primary problem is the number-two on the Yamina party list - Ayelet Shaked. Known for her hawkish views, including on the issue of Jerusalem, Palestinian prisoners, and settlement activity, she found it hard to enter a coalition that would rely on Raam, an Islamic party believed to have ties with the Muslim Brotherhood, considered a terrorist organisation by a number of countries.

The mounting pressure from hawkish members of the parliament hasn't made it easier for her either, and that pressure is expected to be applied with greater force in the next couple of days.

On Thursday, demonstrators belonging to Israel's conservative bloc staged yet another rally in front of Shaked's house in Tel Aviv and urge her to "come back home".

​Similar rallies are also expected in front of the houses of other Yamina members, who reportedly refuse to budge, play to the tunes of Bennett, and give their approval to enter a government with so-called terrorist supporters.

Netanyahu Might Be Ousted But Successors Could be Even More Radical, Says Palestinian Official
Nir Orbach is one of them, and just like Shaked, he also seems to be on the fence. Although on Thursday it was reported that the meeting with Bennett had ended on "a good tone" and the former announced that he would make maximum effort for a government to end up forming, Israeli media says he is still hesitant whether entering a coalition with Lapid and the Arab parties would be a step in the right direction.

For him, just like for Shaked, the concern is obvious. Many right-wing voters might see such a move as a betrayal, something that would surely translate into a loss of public support and potentially a drop in any upcoming polls. On the other hand, entering a government with Lapid could present members of Yamina with key ministerial positions and deals that are hard to resist.

Another member of Yamina that is going through a similar ordeal is Amichai Shikli, but unlike other members of the party, who keep a low profile, Shikli is vocal and doesn't mince his words when it comes to the chairman of his list.

For Shikli, the decision to go with Yesh Atid is a betrayal of the right-wing camp and a brutal breach of promises to voters, who were certain that Bennett would only agree to a conservative government.

Unlike Shaked and Orbach, Shikli has already informed Bennett that he has no intention to relinquish his post and that he would vote against a government that relies on Raam.

Not a Bright Horizon?

Bennett will try to sweet-talk him into a compromise, but if he fails, the practical meaning of that would be that the Lapid-Bennett coalition will crumble before it has even taken its first breath.

If that is the case, the mandate will need to go back to the Knesset, where lawmakers will have 21 days to produce another candidate that will be able to produce 61 signatures to form a government.

Netanyahu might try his luck again, but the chances are slim that he will pull it off - and if that happens, the prospect of Israel heading to yet another round of polls seems to be on the horizon once again.