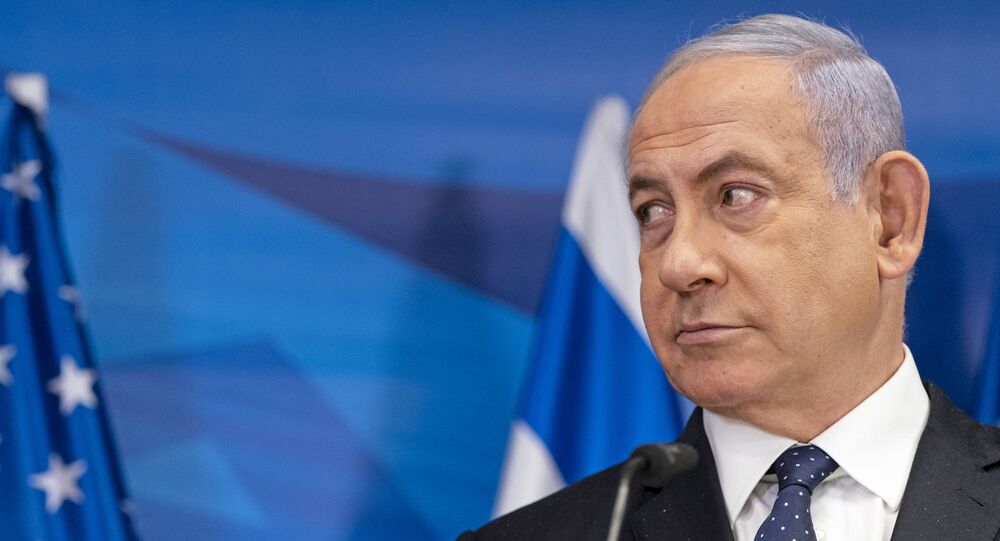 Benjamin Netanyahu is Israel's longest-running prime minister, with 12 consecutive years in the position. His tenure, however, appears to have come to an end, as Yair Lapid, the leader of the Yesh Atid political party, has formed a coalition to oust the sitting PM.

On Wednesday, Israeli opposition leader Yair Lapid announced that he had informed the country's president, Reuven Rivlin, that the forming of a government coalition has been successful, with eight parties converging to oust Benjamin Netanyahu.

Rivlin tweeted his congratulations to Lapid on forming a coalition, voicing his expectation for the Knesset to "convene as soon as possible to ratify the government, as required".

The coalition puts the sitting prime minister on the verge of being ousted, potentially making way for Naftali Bennett, the head of Yamina party, to become his successor under the newly-signed coalition deal.

Congratulations to you @yairlapid and to the heads of the parties on your agreement to form a government. We expect the Knesset will convene as soon as possible to ratify the government, as required.

While the new government is not expected to be sworn in in the coming days, as the Knesset needs to have a vote in the next 12 days to finalize the forming of the coalition, these final days might be Netanyahu's last as prime minister.

Netanyahu, charged with bribery, fraud and breach of trust - accusations he denies - has seen massive protests against his leadership since March 2020 with tens of thousands of demonstrators criticising him for occupying the prime minister's seat while facing criminal charges.

Since April 2019, Israel has seen four elections, with Netanyahu only able to form a government coalition once, and dissolving the Knesset, the country's parliament, another three times. The unstable political situation in the country has fueled protests, with some 20,000 people, estimated by Haaretz, demonstrating in front of the prime minister's residence in Jesusalem before the most recent election that took place in March.

In one of the latest rounds of protests, activists gathered at Habima Square in Tel Aviv on Monday to protest against Netanyahu and voice support for a new government, holding up posters labeling Netanyahu "The Crime Minister".

© REUTERS / Amir Cohen
Protesters wave an Israeli flag and hold placards as they stand behind a banner reading, "Crime Minister" and demonstrate against Israeli Prime Minister Benjamin Netanyahu just before his corruption trial opens, outside his residence in Jerusalem May 24, 2020. The placard in Hebrew reads, " Indictment: favorable coverage = lying to the public"

Netanyahu in November 2019 was indicted for breach of trust, accepting bribes, and fraud, particularly facing accusations that he accepted luxurious gifts and used media companies to provide favourable coverage for himself and his family.

He had to relinquish his ministry portfolios, other than Prime Minister, following the indictment, since, according to the legal precedent set by the 1993 Dery-Pinhasi Supreme Court case, one cannot hold a ministerial post after being indicted.

The PM has repeatedly denied any wrongdoing, claiming that he is a subject of "witch hunt", and declaring that the indictments and the multiple charges against him and his family are "fabricated".

"This trial is going ahead as you can see. And the further it goes, the more surreal and fabricated it is seen to be", he suggested in February, falsely claiming that he "won't need to" seek immunity because the case is "collapsing".

Earlier in January 2020, however, the sitting prime minister did submit an immunity request. The move received criticism from many of his opponents, with a 30-member Knesset Committee later formed to debate his immunity bid - and "most certainly", as observers put it at the time, reject it.

Before the committee could gather to debate, however, Netanyahu, in late January, withdrew his bid, and charges against him were filed in Jerusalem District Court shortly thereafter.

Now that the trial is continuing, Netanyahu, if proven guilty, could face up to 10 years behind bars for bribery and up to 3 years for fraud and breach of trust.

Despite court battles and looming sidelining, Netanyahu is still set to become the leader of the opposition, with his party, Likud, remaining the largest, with 30 Knesset seats out of 120.

This will not be the first time he has taken the role, as in the 1990s he was in opposition to then-PM Yitzhak Rabin.