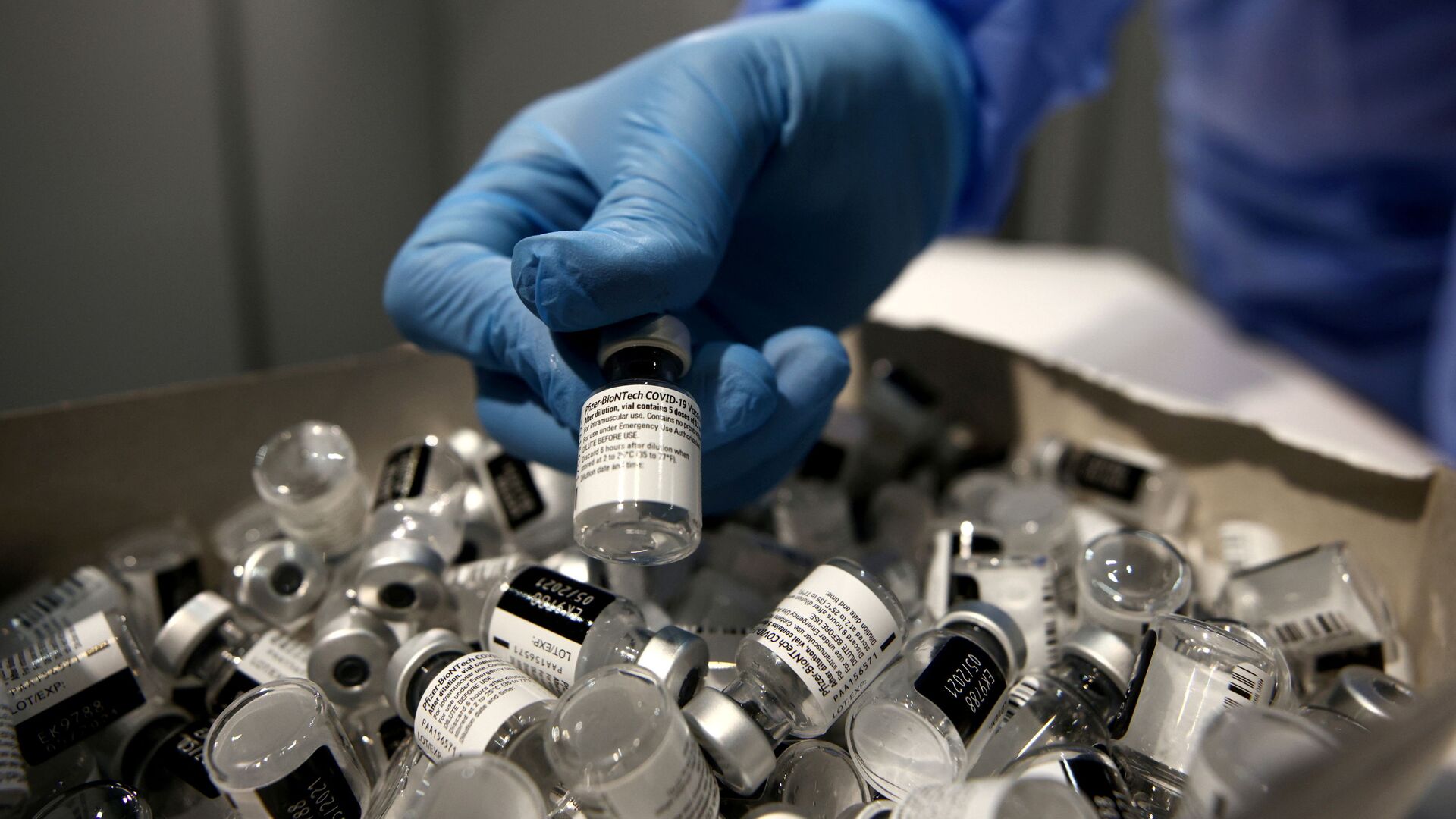 Morgan Artyukhina
All materialsWrite to the author
World health officials have urged that until COVID-19 is eradicated everywhere, it remains a global danger and will continue to affect all nations, even when just the poorest ones remain unvaccinated. While popular pressure toward vaccine equity has increased in recent months, the majority of vaccinations have been in the few richest nations.

During a Tuesday virtual meeting of foreign ministers from the BRICS countries intended to promote multilateralism, China hailed the bloc’s efforts to share vaccines, but blasted wealthier nations for focusing on vaccinating their own populations before taking care of the rest of the globe.

“The coronavirus pandemic has seen cases growing in the global south and declining in the north - the hoarding of vaccines and control of exports from some developed countries is not unrelated to this,” Chinese Foreign Minister Wang Yi told his counterparts from Brazil, Russia, India and South Africa on Tuesday.

Wang noted that “China has provided more than 350 million doses of vaccines to the international community. This is in sharp contrast with developed countries that have adopted a ‘domestic first’ approach.”

According to the Chinese National Health Commission, as of June 1, nearly 682 million vaccine shots had been administered. The data did not differentiate between fully and partially vaccinated people, but shows that as many as 20 million shots are being administered each day. China has roughly 1.4 billion people.

As of mid-March, the United States had already paid for 750 million complete SARS-CoV-2 vaccinations, or three times the US adult population. As of Wednesday, the US has fully vaccinated 41% of its population and given 50.8% at least one shot, from one of the three approved vaccines: Moderna, Pfizer/BioNTech, and Johnson & Johnson.

By comparison, the US has pledged to send just 80 million of those excess shots to other nations by the end of June, although on Wednesday afternoon, US Secretary of State Antony Blinken announced the Biden administration would soon reveal a plan to distribute another 80 million vaccine doses.

In the UK, where seven vaccines have been approved, 40% of the adult population had been vaccinated as of June 1, and London has secured 340 million vaccines for its population of 65.5 million. While the UK has put 500 million pounds into vaccine giant Gavi, the Boris Johnson government has said it will only donate surplus vaccines.

Israel, with a population of just nine million, has bought enough vaccines for 30 million people and has already vaccinated 81% of its population. However, while Israel has donated some of its excess, it has refused to give more than a pittance to the Palestinian Authority, and has even considered destroying some of the extra vaccines.

Wang contrasted the behavior of these nations with those of the BRICS, which have focused on ensuring vaccine access to the world’s poorest nations.

“We hope that BRICS countries will continue to make vaccines a global public good, and adhere to the principle of fair and reasonable distribution,” Wang said. “[We] support our vaccine makers to transfer their technology to other developing countries to co-produce vaccines.”

However, Wang isn’t just preaching to the choir: he carried this message to a meeting of the United Nations Security Council last month, where he told the US, UK and other leading world powers that they needed to “help Africa bridge the pandemic divide.”

Wang said they must give “more assistance for Africa in terms of pandemic prevention materials, medicines, technology and funding to ensure the accessibility and affordability of vaccines.”

As Sputnik has reported, companies like Pfizer have looked to COVID-19 vaccines as their basis for future earnings, and Pfizer has used the TRIPS-created oligopoly to compel Third World nations to offer up their sovereign wealth assets like embassies and military bases as collateral against future legal cases.

The World Health Organization has warned of the “shocking imbalance” in vaccination rates between rich and poor nations, with the UN noting that just 2% of Africans have received a COVID-19 vaccine. If this inequality persists, the world’s poorest nations may not eradicate COVID-19 until 2024.

Last week, the WHO urged that 20 million second doses of the AstraZeneca vaccine are needed in Africa in just the next 6 weeks, while another 200 million are needed just to get the continent to the goal of 10% vaccination by September.