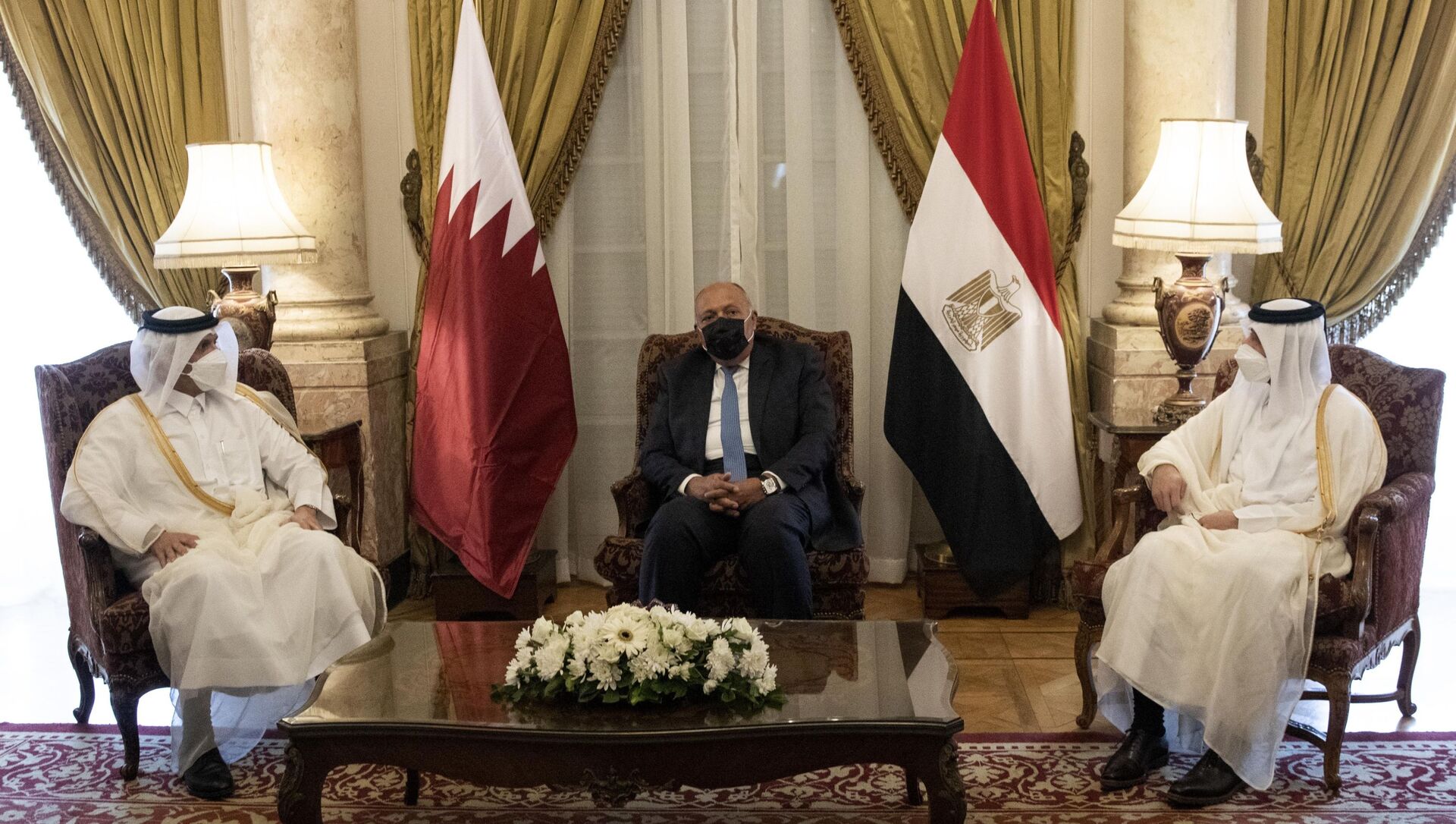 Morgan Artyukhina
All materialsWrite to the author
Qatari Foreign Minister Mohammad bin Abdulrahman Al Thani paid a visit to Egyptian President Abdel Fattah al-Sisi on Tuesday, and invited al-Sisi to visit Emir Sheikh Tamim bin Hamad Al Thani in Doha, which would be his first since coming to power in a 2013 coup.

According to Egyptian Foreign Ministry spokesperson Ahmed Hafez, the two discussed the "positive developments in bilateral relations between the two countries in light of the Al-Ula declaration," the January statement by Egypt, Saudi Arabia, Bahrain, and the United Arab Emirates in which the “Quartet” agreed to drop their four-year boycott of Qatar and the accompanying 13 demands.

Hafez added that the meeting “tackled the importance of building on this important step, by taking further measures aimed at strengthening the positive atmosphere in the coming period." He did not elaborate further.

The quartet’s boycott aimed to force Qatar to distance itself from Iran and Turkey, shut down the state-funded Al Jazeera news outlet, and stop its alleged support for the Muslim Brotherhood, among other demands. Doha has denied accusations it supports the Brotherhood. The demands came in the context of the quartet’s mutual ally, the United States, scrapping the 2015 Iran nuclear deal and ushering in a “maximum pressure” campaign aimed at destroying the Iranian economy and isolating the nation politically.

It also came after a souring relationship between the Saudi and Egyptian governments and the Muslim Brotherhood, a pan-Islamic group considered a terrorist organization in some nations, but which scored a major election victory in Egypt in 2012 when Mohamed Morsi won the country’s first democratic elections. El-Sisi, Morsi’s defense minister, came to power on the back of a military coup the following year that ousted Morsi - and which Riyadh endorsed.

Some of the nastier aspects of the feud included a Saudi proposal to dig a canal across the base of the peninsula on which Qatar sits, effectively turning it into an island, and putting a nuclear waste dump on the Saudi-Qatari border.

Despite the quartet’s shifting position, Doha isn’t likely to politically wander too far from Iran: during the boycott period, the two nations became increasingly economically interdependent. Qatar’s access to the North Dome/South Pars gas condensate field, the world’s largest and the basis of Qatar’s economy, underneath the Persian Gulf is dependent on cooperation with Iran.

However, Qatar is also host to the massive Al-Udeid Air Base, the home of 10,000 US troops and the forward headquarters of US Central Command, meaning the gulf emirate isn’t likely to become overly friendly with Tehran, either.