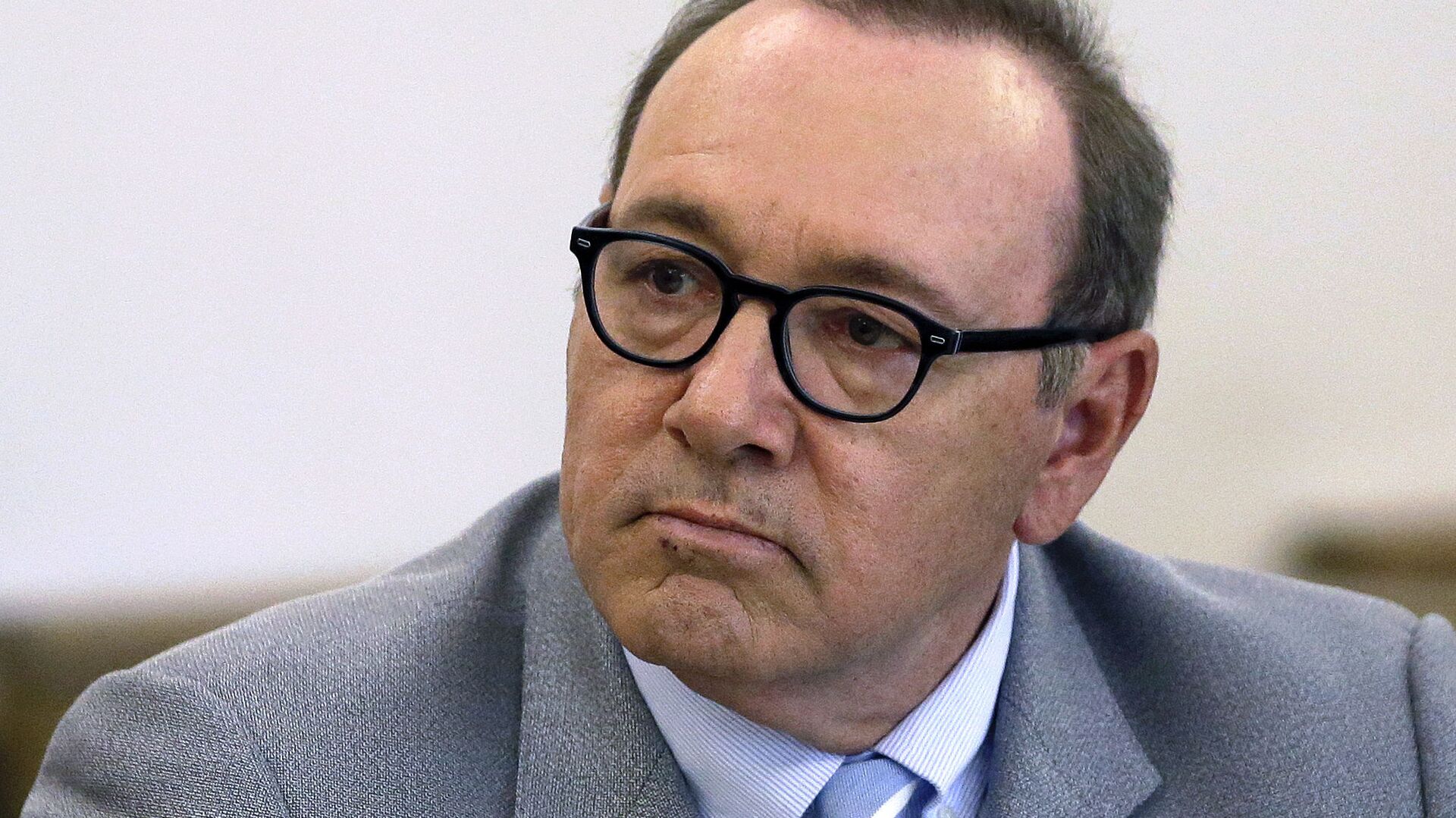 Kirill Kurevlev
Correspondent
All materialsWrite to the author
As sexual assault and misconduct accusations mounted against him in 2017, Spacey was fired from the starring role in Netflix's "House of Cards". In 2018, the actor was charged with sexual assault in an incident involving a teenage boy in Massachusetts. The charge was dismissed after the alleged victim withdrew their civil case.

Two-time Oscar-winning actor Kevin Spacey will make his acting comeback for a small role in an Italian film directed by Franco Nero after a hiatus of nearly four years, ABC News reported.

The Italian production "L'uomo Che Disegno Dio," which translates to "The Man Who Drew God," is expected to be shot in Italy and will include Nero and his wife, Vanessa Redgrave, among the cast, the outlet reported, citing sources.

"I'm very happy Kevin agreed to participate in my film," Nero is quoted in the report as saying. "I consider him a great actor and I can't wait to start the movie."

Spacey will make a cameo appearance in the low-budget indie, according to Louis Nero, the film's producer, cited by Variety. Spacey will reportedly play a police detective, while the main character will be played by Franco Nero.

The movie is expected to follow "the rise and fall of a blind artist who has the extraordinary gift of making true-to-life portraits just by listening to human voices," according to the Filmitalia website.

The Fall of Hollywood's Multi-Talented Star

Spacey's career, who was considered one of the best actors of his generation, collapsed overnight following a series of accusations made against some prominent Hollywood figures of inappropriate sexual behavior, harassment, and even rape, in particular Harvey Weinstein, which broke out in the fall of 2017, sparking the #MeToo movement.

At the end of October 2017, actor Anthony Rapp stated in an interview that when he was 14, in 1986, the then 26-year-old Spacey allegedly tried to commit a sexual advance on him after a party. The next day Spacey took to Twitter with a statement saying that he was "beyond horrified" by the allegation and did not remember it taking place, although he apologized for what he described as "what would have been deeply inappropriate drunken behavior."

However, in the second half of his statement, the prominent actor ignited a new firestorm when he came out as a gay man, sparking a barrage of criticism from the LGBTQ community.

Shortly after, at least 20 young men who worked at the Old Vic, the London theater where Spacey was the artistic director, reported sexual misconduct allegations against him. 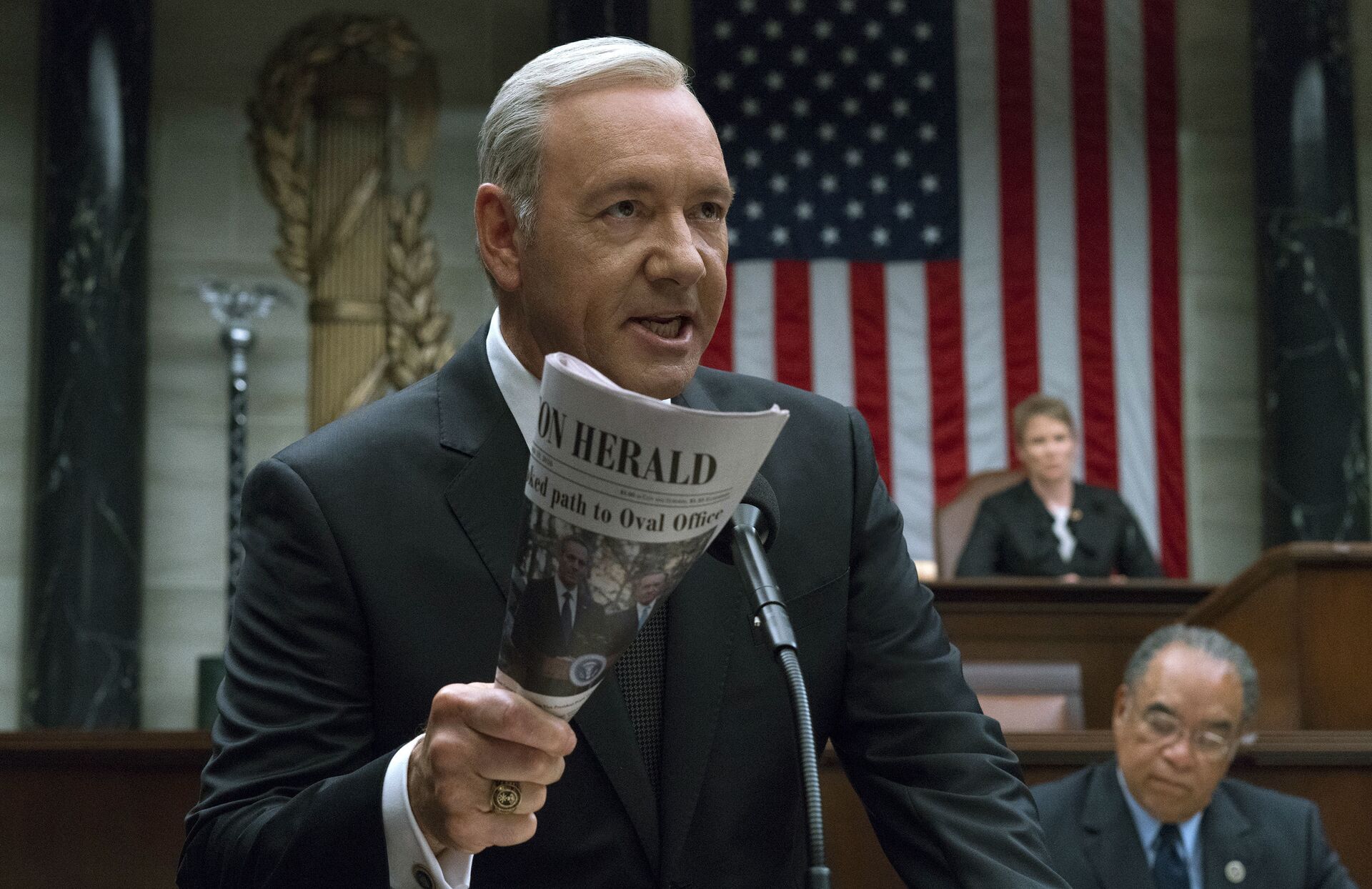 This image released by Netflix shows Kevin Spacey in a scene from "House Of Cards." Netflix says it's suspending production on "House of Cards" following harassment allegations against Spacey
© AP Photo / David Giesbrecht/Netflix

Spacey's contract was broken not only by Netflix but also by its long-standing talent agency. As more and more men came forward with accusations of indecent behavior, he was also cut from Ridley Scott's 2017 film "All the Money in the World," which was still in post-production at the time. Spacey was replaced by Christopher Plummer in the reshoots.

In 2018, Spacey made his last appearance on the big screen in "Billionaire Boys Club." During its opening weekend, the film reportedly made a record-low $618 from 11 theaters in several states.

Earlier this month, a judge ruled that one of the anonymous Spacey accusers cannot continue in court anonymously, as he was obliged to reveal his identity to testify. The undisclosed man filed a lawsuit in New York last year, claiming that Spacey sexually assaulted him when he was 14 years old in the 1980s. The case may be dropped, according to media reports.

Since the scandal erupted, Spacey has maintained a low profile, only sending out Christmas Eve video messages. He made an appearance in 2019 as a character from "House of Cards," proposing that fans "kill people with kindness." And last year, he told people who were suffering that "you are not alone."