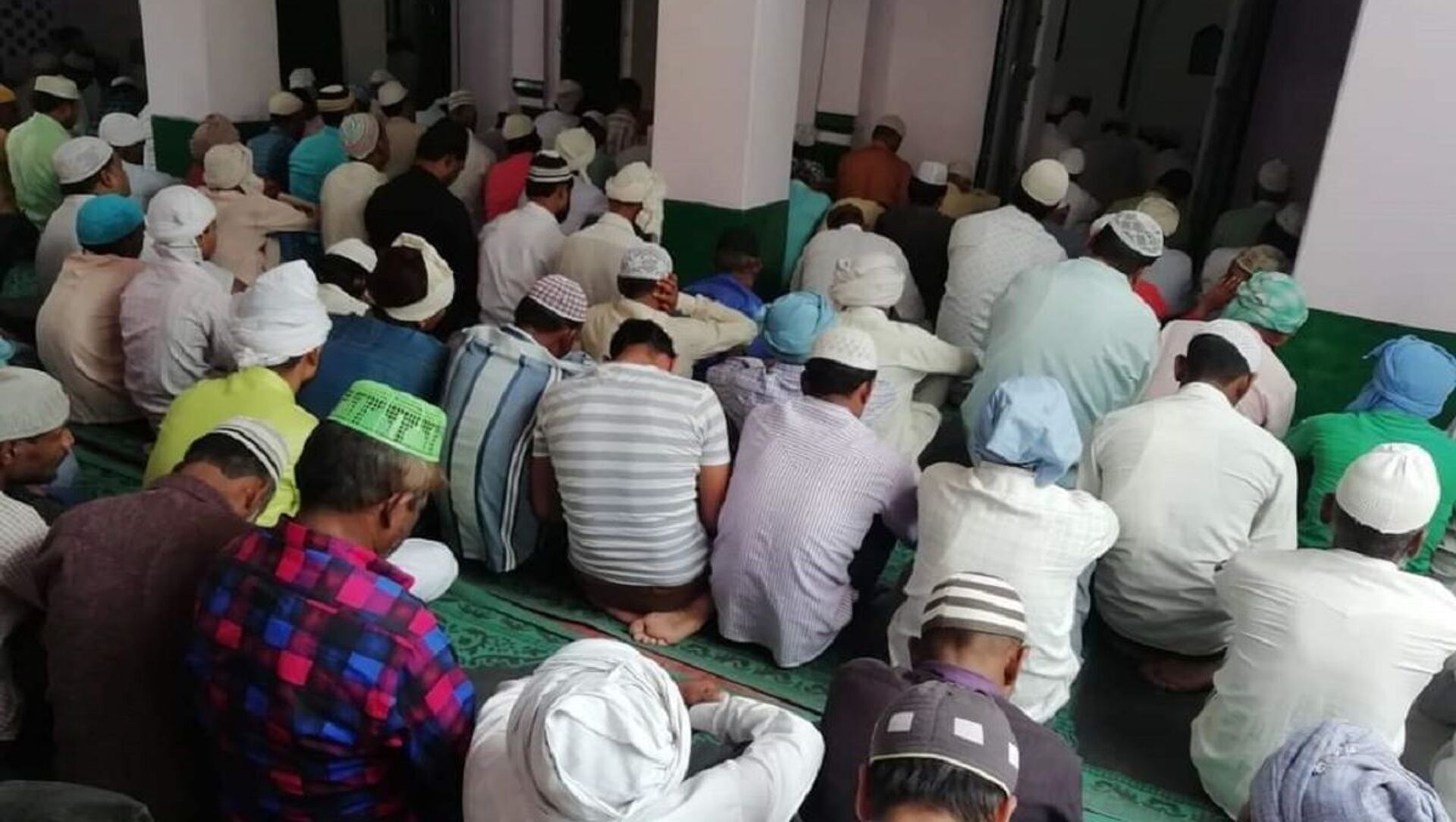 Deexa Khanduri
Sputnik correspondent
All materials
In 2019, India’s Supreme Court ruled in favour of Hindus on one of the most divisive moments in the nation's history: the destruction of a 16th-century mosque in Ayodhya in 1992 by a mob of Hindu extremists. The country has centuries-old disputes over religious structures; most of them are in northern India’s Uttar Pradesh state.

Amid tensions and protests, the Uttar Pradesh government has set up a three-member committee to probe the demolition of a century-old mosque, constructed in the premises of Ram Sanehi Ghat Tehsil in Barabanki. In addition to the demolition issue, the committee will also look into the alleged forging of documents to get the land registered with Uttar Pradesh Sunni Central Waqf Board in June 2019. The committee will submit its report to the Yogi Adityanath government within 15 days.

On 17 May, the Barabanki district authority in the Indian state of Uttar Pradesh, which has a higher population than Brazil, razed a 100-year-old mosque called Masjid Gareeb Nawab Al Maroof, in defiance of an Allahabad High Court order.

According to the mosque authorities, the court on 24 April said that no eviction or demolition could occur until 31 May.

However, the District Magistrate Adarsh Singh said they have “bulldozed an illegal structure of the area. No mosque has been demolished.” The authorities said that several residential rooms had cropped up along with the mosque, and it was an illegal structure that was encroaching upon the road.

​Sputnik spoke with a few residents and Muslim leaders regarding the matter, and they all said that district authorities had been planning to tear down the structure since 15 March or earlier.

“On 15 March, notice was given to the mosque authorities by the district administration questioning the presence of an unofficial mosque,” Shahid Rizvi, an advocate for Sunni Waqf Board, told Sputnik.

However, the advocate said that the mosque committee sent a detailed response, including documents demonstrating the building had had electricity since 1959.

“But, the administration was not satisfied with the response,” Rizvi explained. Hence, in a preventive measure, “the mosque committee on 18 March went to the state high court citing concerns that the mosque faced imminent demolition”.

“A day after we approached the court, local Muslims were stopped from entering the mosque, causing tension and protests. More than 35 local Muslims were arrested, and a few of them are still in the court,” Sheikh Mohammadullah, president of Jamiat Ulema Barabanki, told Sputnik.

By the evening of 18 March, many people fled the village because police registered a case against 50 unidentified people for protesting. Whoever returns to the Sumerganj (the place where the mosque is) is arrested by police, Mohammadullah said.

On 24 April, a high court order said that buildings in the state should be protected from any eviction or demolition until 31 May “in the wake of the upsurge of the pandemic”.

According to Mohammadullah, on 17 May, police and security services moved into the area, cleared it of people, and then brought in bulldozers and demolished the mosque buildings. Debris was then thrown into a river. Security services have been deployed to prevent anyone from coming within 500 metres of where the mosque stood.

Locals who do not wish to be named said that a wall was being built to block access to the mosque.

“Administration is not letting us visit the area. Heavy police deployed at a radius of 500 metres. People in the area are scared, not opening shops and resting,” Mohammadullah said.

He also said that many people were arrested after the demolition of the mosque, however, he is not sure about the final number, but it is not less than 50 people.

Following the demolition, the state Sunni Central Waqf Board condemned the police act. Zafar Ahmad Faruqi, chairman of the board, said: “I strongly condemn the patently illegal and high-handed action … by which they have demolished a 100-year-old mosque.”

Faruqi said the demolition was “against the law, a misuse of power and in utter violation of the clear orders dated 24 April passed by the Honourable High Court” and called for a high-level judicial inquiry.

“We demand suspension of the district magistrate and restoration of the mosque,” Faruqi told Sputnik.

The state, which has been ruled by Bharatiya Janata Party (BJP) since 2017, has chosen to avoid commenting on the matter. Sputnik tried to call state BJP leaders, but they all either declined to comment or remain unavailable.

The state chief Yogi Adityanath, a Hindu monk, is a controversial figure as he has made anti-Muslim comments many times, even while head of the state government. Almost one-fifth of the state population is Muslim.

On Friday, the state opposition party Samajwadi Party met the governor and demanded a judicial probe in the matter.

Samajwadi Party chief Akhilesh Yadav said as the assembly polls approach in the state, BJP has “activated” inter-religious tension in the state just as it has been doing in local politics, by destroying the “Ganga-Jamuni” culture of the state.

The next assembly polls to elect the state chief will be held in 2022.

Attacking the Yogi Aditynath government, Kamal Faruqui, a member of the All India Muslim Personal Law Board and former chairman of the Delhi Minorities Commission, told Sputnik, “ Yogi is known for his anti-Muslim attitude and he has been provoking the people for demolishing the mosque. In some of the mosques, now azan (Islamic call to prayer) is even not allowed. Yogi is solely responsible for the action.”

A 16th-century mosque, Babri Masjid, was demolished in 1992 by right-wing Hindus who belong to BJP’s sister organisations. According to them, Babri Mosque was the place where the Hindu God Lord Ram was born.

At that time, too, BJP ruled the state government. In November 2019, India’s Supreme Court handed over the disputed site in Ayodhya to Hindu claimants, allowing the construction of a Ram temple under the government’s supervision.