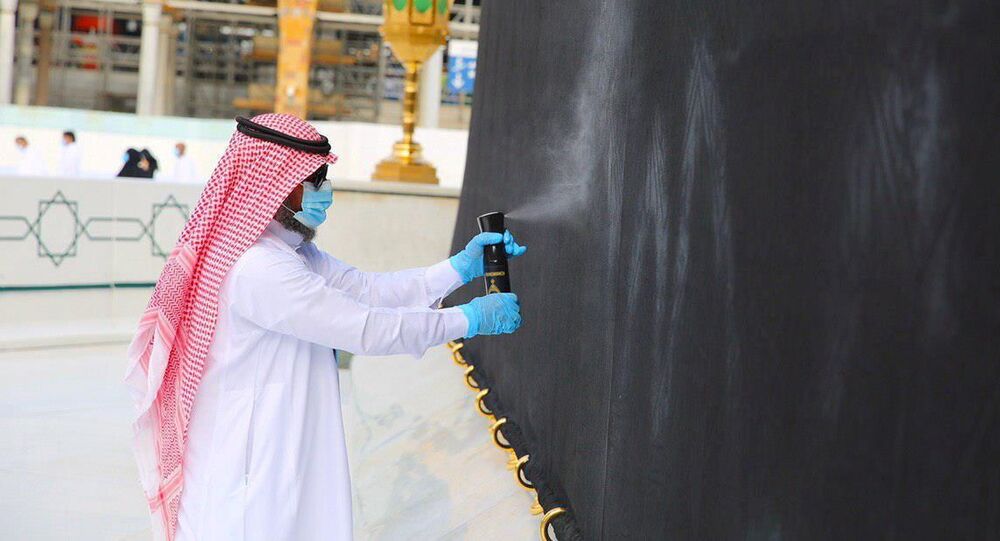 Only Vaccinated Muslims Can Go on Pilgrimage to Saudi, India's Hajj Committee Announces

The annual pilgrimage, or Hajj, is when Muslims travel to their holy site of Mecca in Saudi Arabia. It takes place during Dhu al-Hijjah, which literally means "Lord of the Pilgrimage" and is the final month in the Islamic calendar. This year the Hajj is meant to take place between 17 and 22 July.

The Hajj Committee of India (HCI) has announced that no Indian Muslim is allowed to go on the annual Hajj, or pilgrimage until they have received both jabs of their vaccine.

The announcement was made by the Hajj Committee's chief executive officer, Maqsood Ahmed Khan, late on Thursday after the Saudi Arabian Health Ministry and the Indian Consulate-General in Jeddah issued their latest directives.

Ahmed has further advised travellers, who have applied to go on Hajj 2021, to take the first dose of the vaccine as soon as possible so that they can be administered the second jab before departure.

However, the HCI added that there has been no official communication on the status of the pilgrimage yet from the Saudi Arabian government so far. Whether pilgrims are allowed to enter the country as part of the Hajj is subject to their approval.

“If Indian pilgrims are permitted to perform Hajj-2021 then flights from India will start from mid-June,” Khan said as the Hajj, the most important journey a Muslim can take, falls on 17 July this year.

Last year, Muslims from India were forbidden to go on the Hajj because of the soaring number of COVID-19 cases in late July. This year, despite the vaccine roll-out, the country is experiencing a second and much deadlier COVID-19 wave.

Hajj 2020: It Was an Uneasy Decision to Limit Number of Pilgrims Due to COVID, Saudi Officials Say

Hajj Amid Pandemic: What Will Be Different About This Year's Pilgrimage to Mecca?