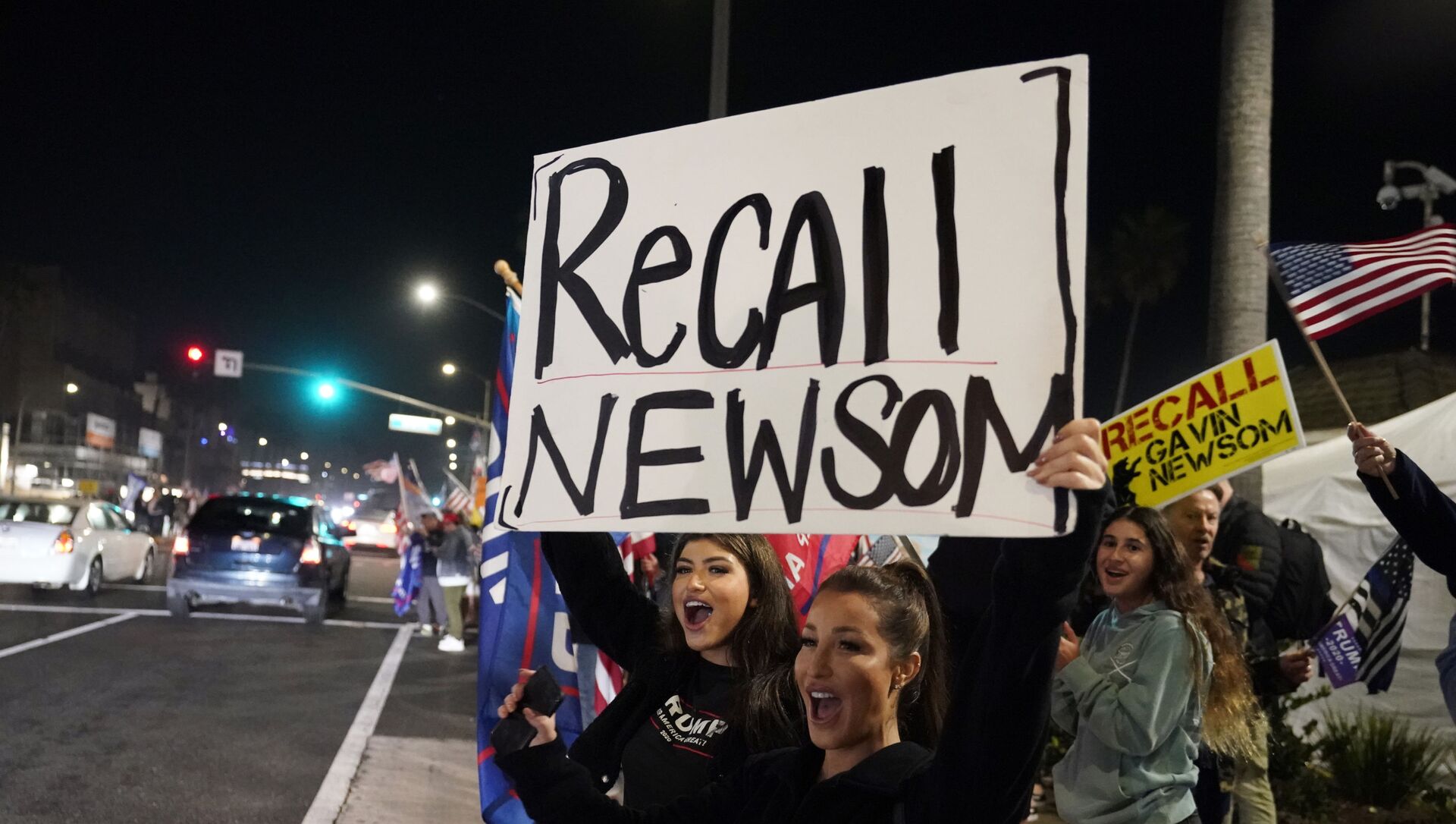 Alexandra Kashirina
All materialsWrite to the author
California Governor Gavin Newsom faces the possibility of being removed from office after a 'Recall Newsom' campaign was initiated amid discontent with the more stringent coronavirus-related measures and emergency health policies enacted by his administration during the deadly pandemic.

A co-CEO of the Netflix streaming service, Reed Hastings, has allocated three million dollars for an initiative to oppose a campaign aimed at removing California Governor Gavin Newsom prior to the end of his term.

According to the California Secretary of State, the contribution is the largest dollar figure that “Stop The Republican Recall” has received to date.

Hastings, who is said to be a “longtime donor” to various Democratic candidates, contributed some $7 million in 2018 to the California Charter Schools Association’s effort to elect former Los Angeles Mayor Antonio Villaraigosa during the last gubernatorial race.

Fox News contributor Joe Concha noted on Saturday that he was unsurprised by the big amount of the donation.

“If it's a campaign, you can only donate so much. If it's something along the lines of this, which is a ballot initiative, then these tech giants can donate as much as they'd like here in this effort. But it's no surprise this is coming from Reed Hastings,” he said on Fox & Friends.

The initiative to recall Newsom gained the necessary number of votes required to launch a re-election procedure, as the Secretary of State noted on 26 April.

As of early May, at least 1.7 million signatures were secured, according to Ballotpedia, while 1,495,709 (12% of the number of voters who supported Newsom in the 2018 elections) were necessary to recall the governor.

After that, voters were given another 30 days to recall their vote and, in case the figure was still be enough to initiate pre-term elections, Newsom could be removed before the end of this year.

Among candidates with plan to run for the position should Newsom be deposed, is Republican nominee and gender-fluid sports star Caitlyn Jenner.