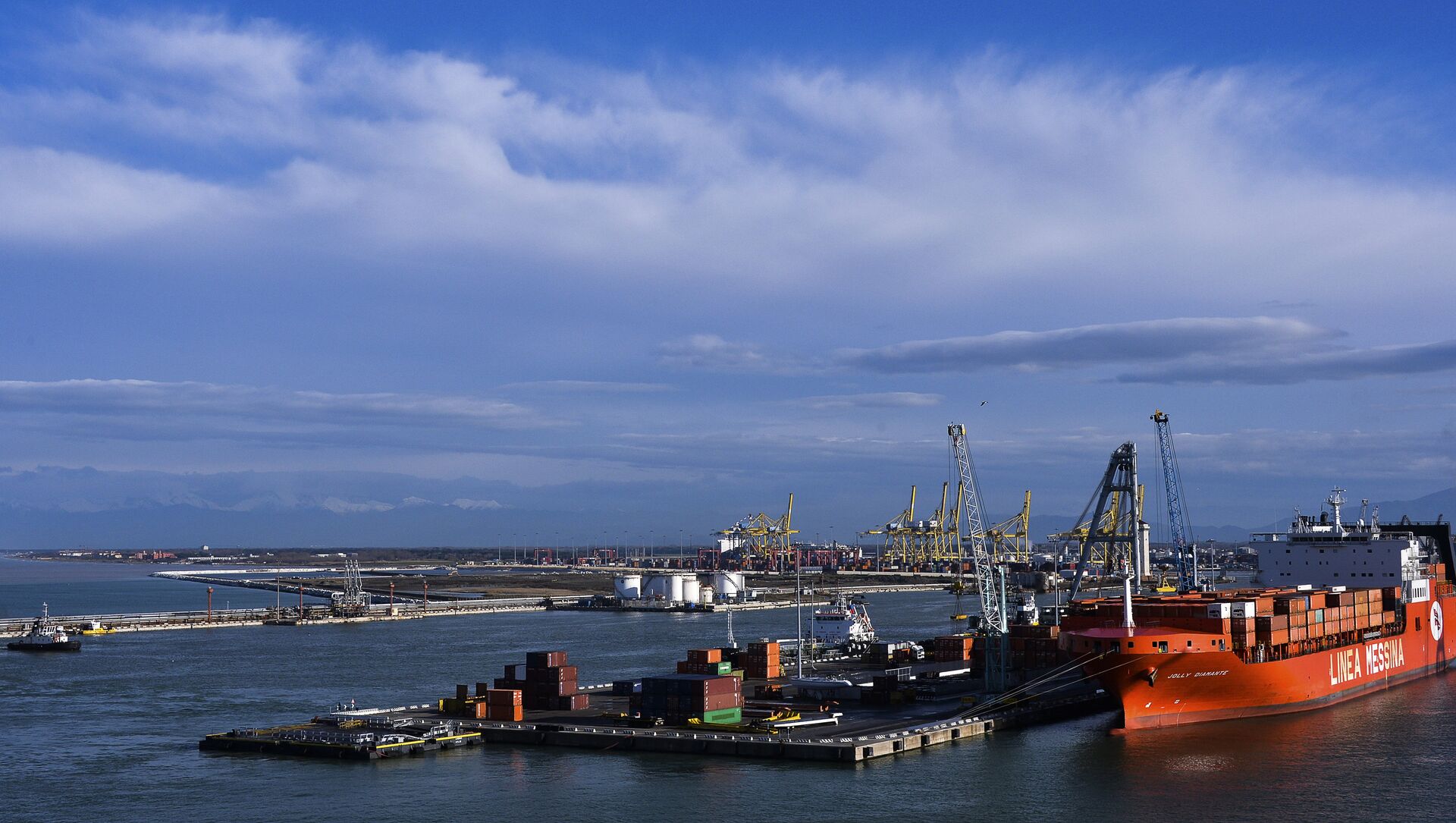 Gaby Arancibia
All materialsWrite to the author
Tensions between Israel and Hamas have recently reached a new boiling point, with thousands of rockets being exchanged between the two parties despite repeated calls from world leaders for a ceasefire. Israeli Prime Minister Benjamin Netanyahu earlier called for military operations to continue “as long as needed to restore quiet and security.”

Union workers in the Italian cities of Livorno and Naples recently declared that they would not be assisting in the loading of an arms shipment headed to the Israeli port of Ashdod, citing Israel’s continued air strikes against the Gaza Strip.

In a recent statement issued by L’Unione Sindacale di Base (USB), one of Italy’s rank-and-file unions founded in 2010, stated that it had received information revealing that the Asiatic Island, a Singapore-flagged cargo vessel, was carrying “containers loaded with weapons and explosives” destined for Ashdod.

“Weapons and explosives that will be used to kill the Palestinian population already hit by a severe attack this very night which caused hundreds of victims among the civilian population, including many children,” the USB statement, which is partly named “no to the transit of weapons ship in our port,” reads.

The USB release cites intelligence from the Autonomous Port Workers Collective of Genoa and The Weapon Watch, a Genoa-based watchdog whose focus is the transit of arms in European and Mediterranean ports.

“We have sent urgent reports to the Port Authority, the Harbor Master's Office and the Occupational Medicine ASL so that they can immediately carry out the appropriate checks,” the statement continues.

“Work is important, especially in these times, but this cannot make us close our eyes, or worse still, make us complicit in the continuing massacres of the civilian population.”

After initial reports regarding the USB’s efforts, reports surfaced detailing that the weapons shipment was later loaded in the southern Italian port city of Naples. However, the shipment prompted a similar response from workers associated with the SI Cobas union.

A Monday-issued statement from SI Cobas blasts the transit of any weapons through Italian ports heading toward Israel, noting that “these weapons help feed wars and profits against the Palestinian people that has suffered for decades a ruthless repression by the state of Israel.”

“We denounce the complicity of the Italian government and almost all parliamentary forces with the Israeli aggression. We denounce the Italian state’s silent approval of the transit of Israeli war weaponry through our ports,” SI Cobas states. “Our hands won’t get covered in blood to support your wars.” 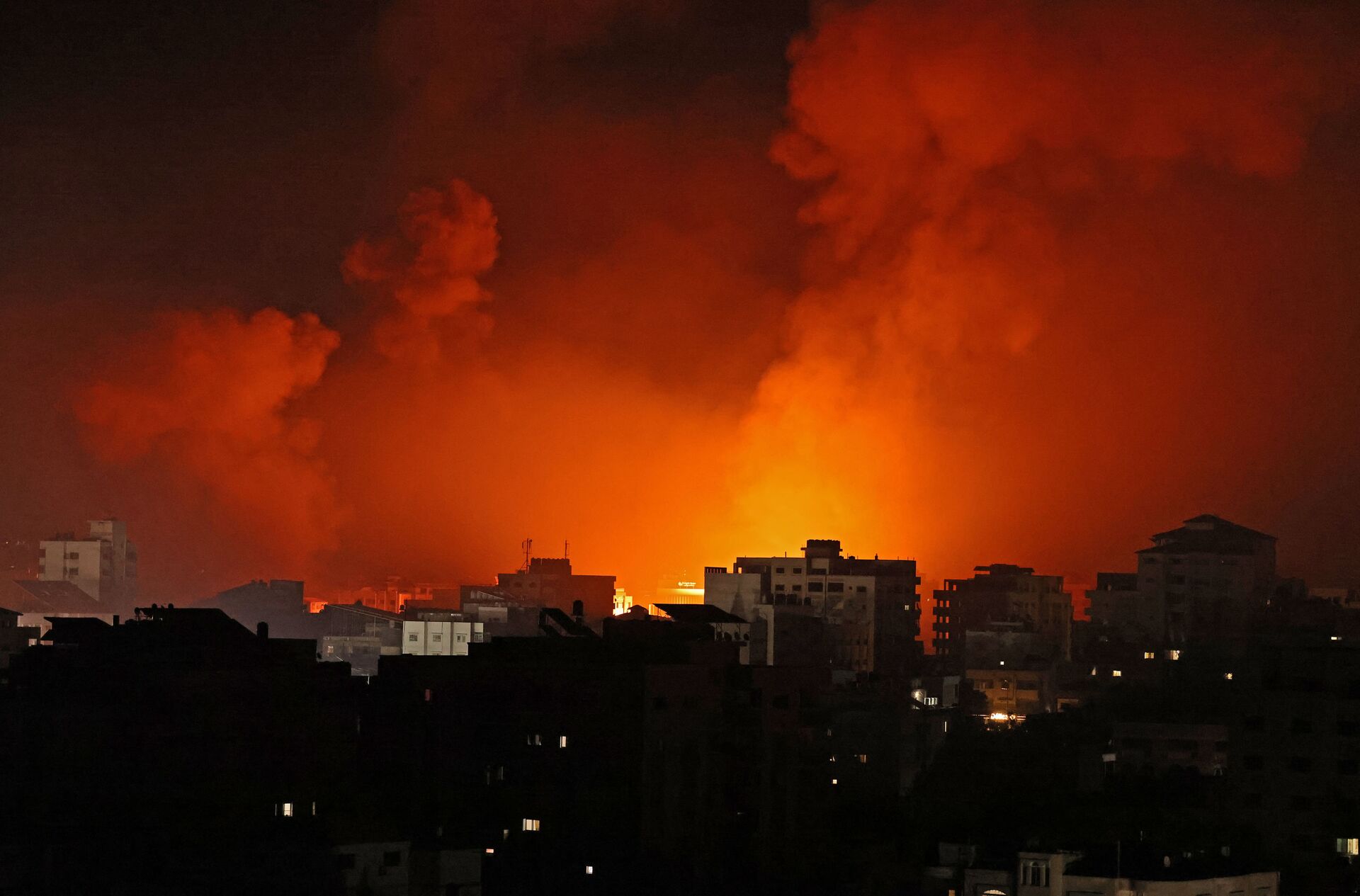 Smoke billows from a fire following Israeli airstrikes on multiple targets in Gaza City, controlled by the Palestinian Hamas movement, early on May 16, 2021.
© AFP 2022 / MOHAMMED ABED

Citing Channel 12, the Times of Israel reported on Monday that Israeli officials are in the process of attempting to get the shipments released “as soon as possible,” adding that the initiative by union workers is being seen as “economic warfare.”

The latest development also comes as reports detailed that the White House had approved a $735 million arms package to Israel that is said to include Joint Direct Attack Munitions.

Over the last week, deadly rocket exchanges between Hamas’ military wing and the Israel Defense Forces have prompted the deaths of nearly 200 Palestinians, many of whom were children. While the Palestinian Red Crescent has stated that over 1,300 Palestinians have been injured amid the heightened tensions, Israel has reported the deaths of 10 Israelis and injuries to 50 residents.

Despite repeated calls from world leaders for a ceasefire, Israel has vowed to continue its strikes against the Gaza Strip. Earlier, the Israel Defense Forces Chief of Staff Aviv Kohavi relayed to regional leaders that fighting would continue for at least another two days, but that it would go on “as long as it must.”

Efforts by regional neighbors to broker a ceasefire deal are ongoing.