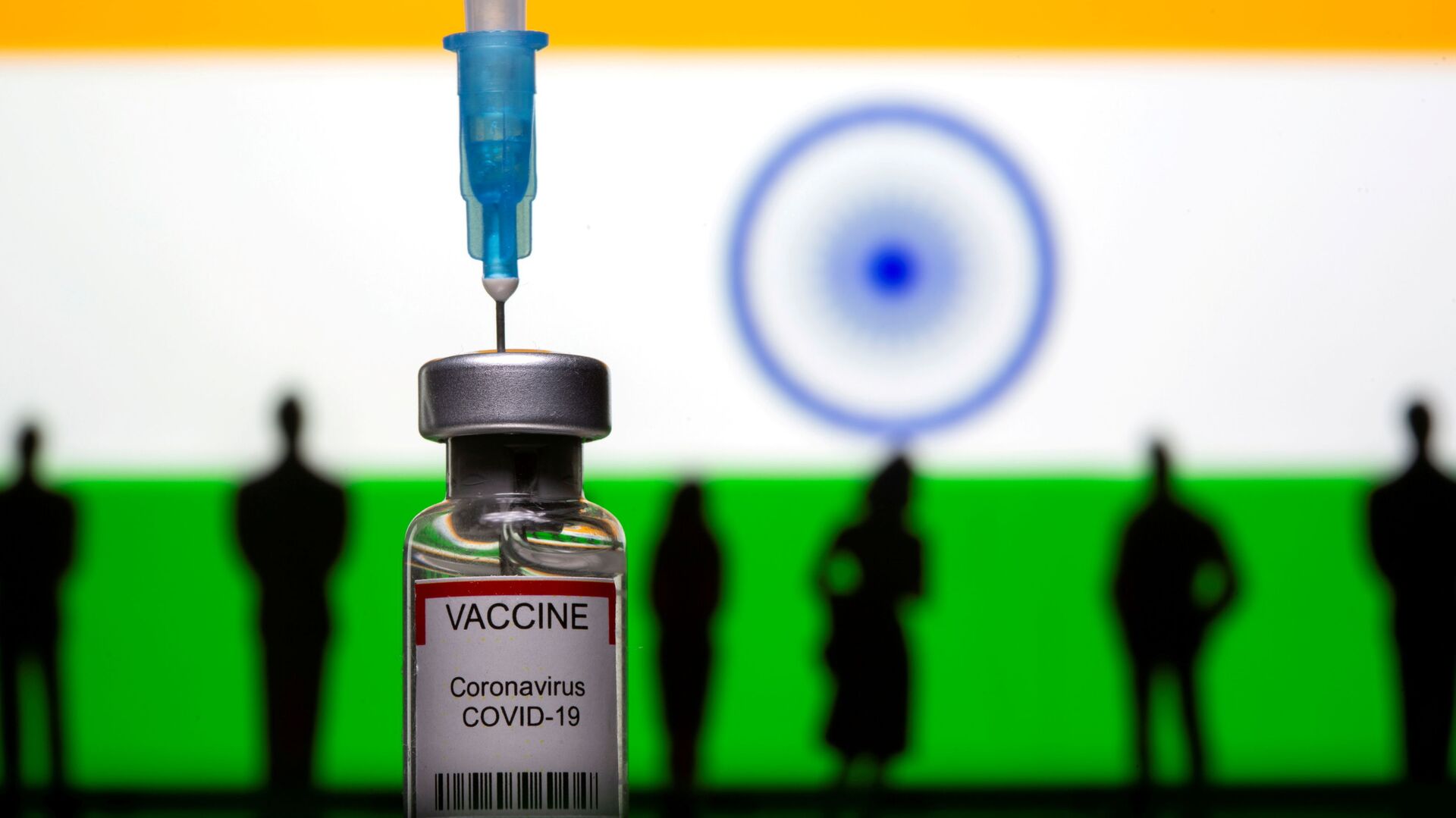 Dhairya Maheshwari
All materials
Veteran Indian virologist Professor Ramaswamy Pitchappan tells Sputnik that even as there is no conclusive data to predict that a third COVID surge in India would infect children, he concedes that the immune system of kids below 15 years of age is not as “experienced” as that of adults.

India’s Principal Scientific Advisor Dr. Krishnaswamy VijayRaghavan this week warned that a ‘third’ COVID wave was all but ‘inevitable’ in coming days, setting alarm bells ringing in the South Asian country which is already reeling under the impact of a devastating second wave.

Since then, several leading virologists have cautioned that the third wave would put at risk those below the age of 18, a group that is not currently covered under India’s vaccination programme.

Sputnik caught up with Professor Pitchappan, currently a visiting professor at the School of Biological Sciences at Madurai Kamaraj University, in an interview:

Sputnik: India’s Principal Scientific Advisor has warned of a third COVID wave. Subsequently, several virologists have also cautioned that the third surge would target children. How would you react to these health advisories?

Professor Pitchappan: If one looks at it, children under the age of 15 years are more vulnerable to any infectious disease. They are as vulnerable as those above 60 years of age.

However, there is no data available as of now to prove that the third wave would specifically affect the children. To my knowledge, I could only think of measles, which affects the children in a major way. However, in the case of COVID, one can’t be so sure as yet.

While there are public warnings about an impending third wave, one must also keep in mind that any such pandemic will die down after a few cycles. That’s what happened with the spread of Hepatitis, some 20 years ago.

The outbreak started from the cities, and then slowly started to spread nearby in the following months and years. And we are talking about the time when the mobility of the masses was lesser than it is today. So, that explains why COVID is spreading faster than the infections we have witnessed in the past.

Sputnik: How could the Indian authorities prepare for the third wave in advance?

Professor Pitchappan: One way the government could prepare for the third wave is by testing the existing vaccines on children (those below 15 years of age). The immune status of the vaccinated children must be followed for months, they should be given boosters and then there should be more follow-ups.

I don’t believe that children below the age of 15 would require an entirely different set of vaccines. A child’s immune response is more or less as competent as that of an adult. The only difference would be that a child’s immune system might not be as experienced, having not been exposed like adults. But I believe that this won't in any way interfere with the immunity level to a new infection or vaccine for that matter.

Sputnik: Would a lockdown help in checking the spread of infections? How should the authorities respond to spike in infections?

Professor Pitchappan: Closing down public spaces is the most viable solution we have at present which could cut the chain of transmission. If all Indian states impose simultaneous lockdowns for a fortnight, it would work like a miracle as far as breaking the transmission chain is concerned.

One must remember that the SARS-CoV2 virus is transmitted by aerosols. As per evidence presented in scientific journals, the virus floats in the air for three hours in closed room settings.

A big problem with the current transmission dynamics is that of the carrier, or someone who sheds the virus but doesn’t develop the disease. This is similar to long-term non-progressor in the case of HIV. However, extensive future research is required on the disease to get the answers to lingering questions.

Collating and analysing reliable, clinical data, keeping track of the severity of infections, and analysing the treatment outcomes and survival rates should be able to guide us better.

Sputnik: Could upgraded vaccines help us in deal with emerging COVID strains?

Professor Pitchappan: The neutralisation of viruses is one of the jobs of certain antibodies generated in the vaccination process. However, that is not the end of the story. Many other immune armouries also play a part in tackling the infection, such as vaccine-induced cytotoxic T lymphocytes (CTL).

So, the authorities need to conduct a longitudinal follow-up of the patients (both dead and recovered) as well as their family members. These follow-ups must be carried out simultaneously at various hotspots across the country.

As far as upgrading the vaccine is concerned, it involves culturing the new strains and converting them into vaccines. The biggest problem scientists encounter in viral immunity is that of the escaped mutant, which is now appearing in the case of COVID as well. In the past, the escape mutant in the case of HIV has prevented us from developing an effective vaccine against it to date.

Sputnik: Is vaccinating more people going to lead us to desired health outcomes, such as reaching herd immunity and stopping the spread of the virus altogether?

Professor Pitchappan: In my view, one or two isolated pockets of sources would continue to remain unless 100 percent of the people have been vaccinated. India is a long way from meeting that goal. That’s been the experience of the world with all the other vaccines in the past.

Sputnik: But what about people who have been already vaccinated and are now contracting COVID-19? How would you explain these occurrences?

Professor Pitchappan: Well, the disease is rarely severe in those who have undertaken prime and booster doses. At least, this is what I am hearing from a certain state government.

But as far as those contracting and even succumbing to COVID after having taken both the doses, it could be because that vaccines haven't produced the desired effects in those individuals.

I would say that the data in such cases must be thoroughly analysed. Only effective record-keeping can help here. Unfortunately, not much effort is being made to re-look at what’s happening in such cases in India.

The demographic profile, exposure, contacts, health status, nutritional status, co-morbidities, other drugs routinely taken and everything else need to be taken into consideration while analysing the death status.