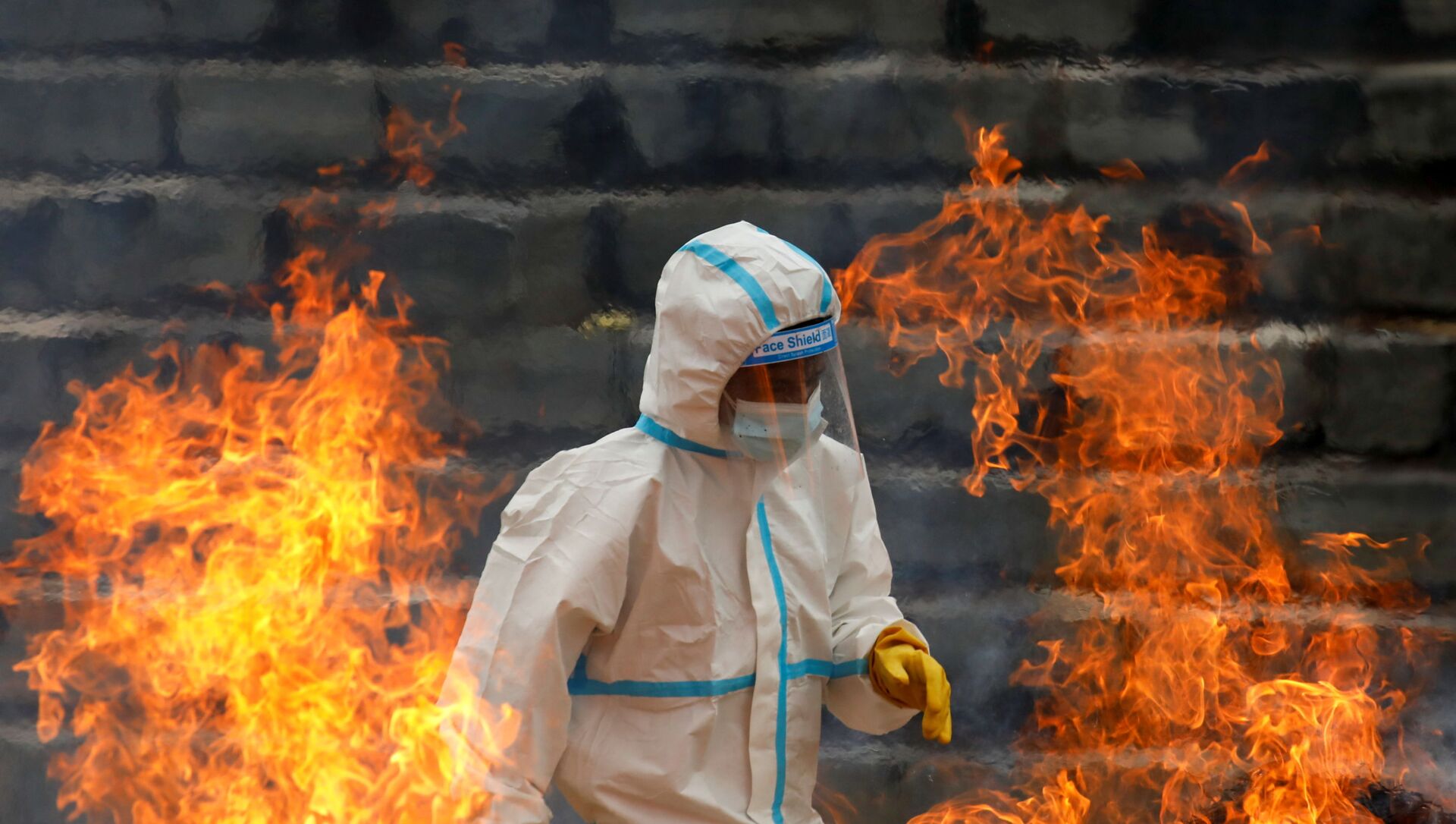 Radhika Parashar
All materialsWrite to the author
Countries from around the world have rushed in emergency relief supplies to India, where the second wave of COVID that hit hard in April has been apocalyptic. Prime Minister Narendra Modi’s government has been facing a massive backlash in India for ostensibly prioritising election rallies and religious gatherings over pandemic preparedness.

Rahul Gandhi, the former president of the Indian National Congress, on Friday reached out to Prime Minister Narendra Modi through a letter urging his government to prepare for another national lockdown, ramp up the national vaccination programme and scientifically track the virus and its mutations.

In his letter, Gandhi warned that if the spread of coronavirus in India is not contained on time, not only will it devastate the South Asian nation, but the whole world.

"India is home to one out of every six human beings on the planet. The pandemic has demonstrated that our size, genetic diversity and complexity make India fertile ground for the virus to rapidly mutate, transforming itself into a more contagious and more dangerous form. Allowing the uncontrollable spread of the virus in our country will be devastating not only for our people but also for the rest of the world,” the son of former Indian Prime Ministers Rajiv Gandhi wrote.

Last week, the Supreme Court of India also asked the government to consider a second national lockdown, which Modi, as he stated in his recent address to the nation, is reluctant to impose due to economic repercussions.

Gandhi’s letter targeted the central government for prematurely declaring India’s victory against the virus on multiple occasions that resulted in unpreparedness when another COVID wave arrived, claiming thousands of lives in the country every day.

Several people quoted Gandhi’s previous warnings and suggested the government should take his estimates and predictions seriously. In March 2020, before India introduced a national lockdown to contain the spread of the virus, Gandhi had told the media that the government “had no idea what kind of a health crisis and economic tsunami” was approaching India. Earlier this month, Gandhi called out Modi and his government over “zero accountability” despite India losing tens of thousands of lives to the infection in the second wave.

On 6 May, Modi reviewed the state-wise and district-wise COVID-19 situation in India. The Indian prime minister told state authorities that the ongoing vaccination drive against the virus should be accelerated rapidly.

As of now, India has vaccinated around 12 million people.

'This Is On You': Congress Leader Rahul Gandhi Slams Modi Gov't Over Oxygen Crisis, COVID Deaths
"After having achieved a rate of around four million a day, we are now down to 2.5 million per day due to vaccine shortages. The 5 million a day target is the lower bound of what we have to aim for, since even at that rate, it will take a year for us to get everyone two doses. The situation unfortunately is very grim," Amartya Lahiri, an economics professor at the University of British Columbia was recently quoted as saying in the Mint newspaper.