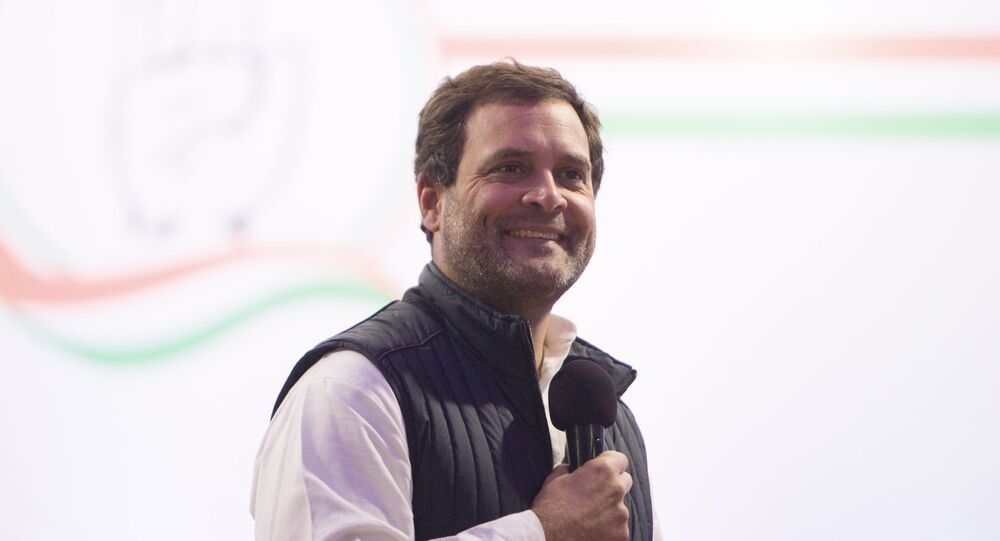 Indian opposition party, Congress, has blamed the federal government of more rhetoric than action on the ground to make essential medical supplies available to people amidst the suffering unleashed the second wave of coronavirus. For a third consecutive day India reported over 300,000 cases as hospitals in Delhi ran out of oxygen for patients.

Congress leader Rahul Gandhi on Sunday alleged that the "system has failed" and called upon his colleagues and party workers to quit political work at this juncture and work only towards providing aid to the people as the COVID pandemic batters the country's healthcare system.

‘System’ failed, so it’s important to do Jan ki baat:

In this crisis, the country needs responsible citizens. I request my Congress colleagues to leave all political work- just provide all help and ease the pain of our countrymen.

This is the Dharma of the Congress family.

During the programme, Prime Minister Narendra Modi urged all citizens to get vaccinated and take every precaution possible. He said that after tackling the first wave, the nation's morale was high but the storm that the second wave has unleashed has "shaken the nation".

Rahul Gandhi, while asking his fellow party members to focus only on the aid to be given during the pandemic, referred to it as the "Dharma" (Moral Duty) of the Congress family.

In line with his call, Congress President Sonia Gandhi, Rahul's mother, on Sunday approved the setting up of an All-India Congress Committee control room to coordinate with the party's state units about relief activities being carried out during the second wave of the pandemic.

"The AICC control room will coordinate with Pradesh (state) Congress Committee control rooms on a daily basis and report back", the party said in a statement.

Rahul Gandhi has repeatedly blamed the federal government for its failure to effectively respond to the imminent second wave of the pandemic, maintaining that the government was caught napping. The former Congress president, Rahul Gandhi, who has himself tested positive for COVID is currently in isolation.

Corona can cause a fall in oxygen level but it’s #OxygenShortage & lack of ICU beds which is causing many deaths.

GOI, this is on you.