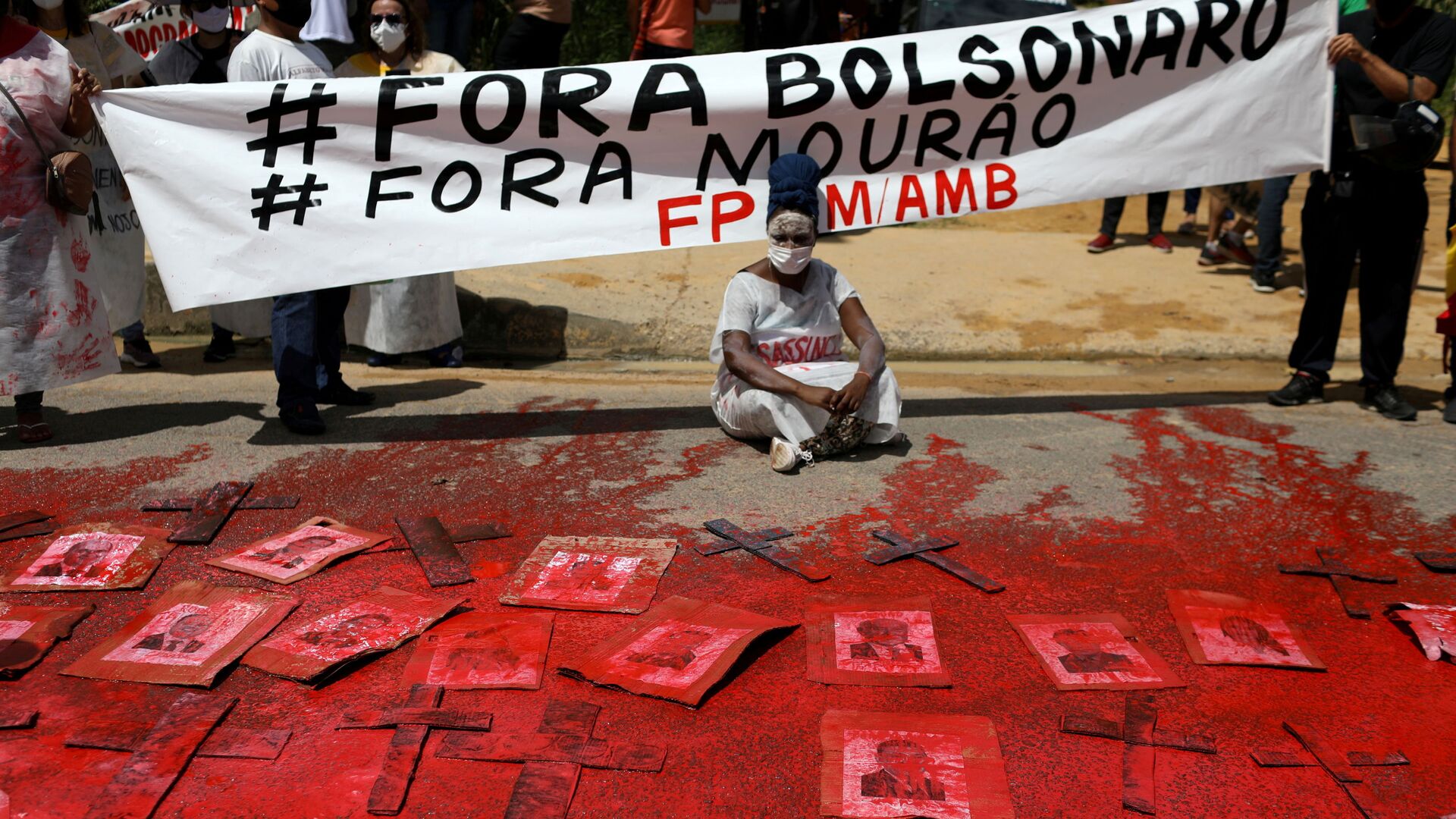 The Brazilian politician made the comments amid strained ties with Beijing, sparking outcry from the Latin American nation's largest trading partner as well as lawmakers in the country.

The novel coronavirus could have possibly been engineered in a laboratory to launch "biological warfare", Brazilian president Jair Bolsonaro said in comments this week as reported by AFP.

“It’s a new virus. Nobody knows whether it was born in a laboratory or because a human ate some animal they shouldn’t have. But the military knows all about chemical, biological and radiological warfare. Could we be fighting a new war? I wonder. Which country’s GDP has grown the most?” the right-wing politician said.

China was the only G20 economy to grow last year at 2.3 percent, namely due to strict lockdown measures and vaccine rollouts.

A March report from the World Health Organisation found it was "extremely unlikely" the virus had been manufactured in a lab.

Brazil's Foreign Minister Reportedly Tenders Resignation
The president has outwardly denounced pandemic experts urging lockdown restrictions along with local authorities, stating he would launch a decree to back the people's "right to come and go", AFP said.

“I hope to God I won’t have to issue that decree. But if I do, it will be carried out with all the force my ministers have. And nobody had better dare challenge it,” he said in recent statements.

Bolsonaro also alleged that US president Joe Biden would administer doses of the AstraZeneca vaccine to Brazilians due to shortages of China's CoronaVac jabs, despite Washington stating no decision had been reached, Reuters reported.

'Evil Rules In Brazil' Says Woman As She Loses Eighth Relative To COVID-19 Amid Hospital Chaos
The Bolsonaro government has been hit by the ongoing pandemic with 415,300 deaths and is second only to the United States at nearly 580,000 victims. Brazil also has the third-largest number of reported COVID-19 cases at 14.6m after the United States and India at 32.3m and 18.8m, respectively, figures from the Johns Hopkins University of Medicine reveal.

Bolsonaro is facing a Senate probe over his COVID-19 response as a further 2,811 deaths were reported on Wednesday.