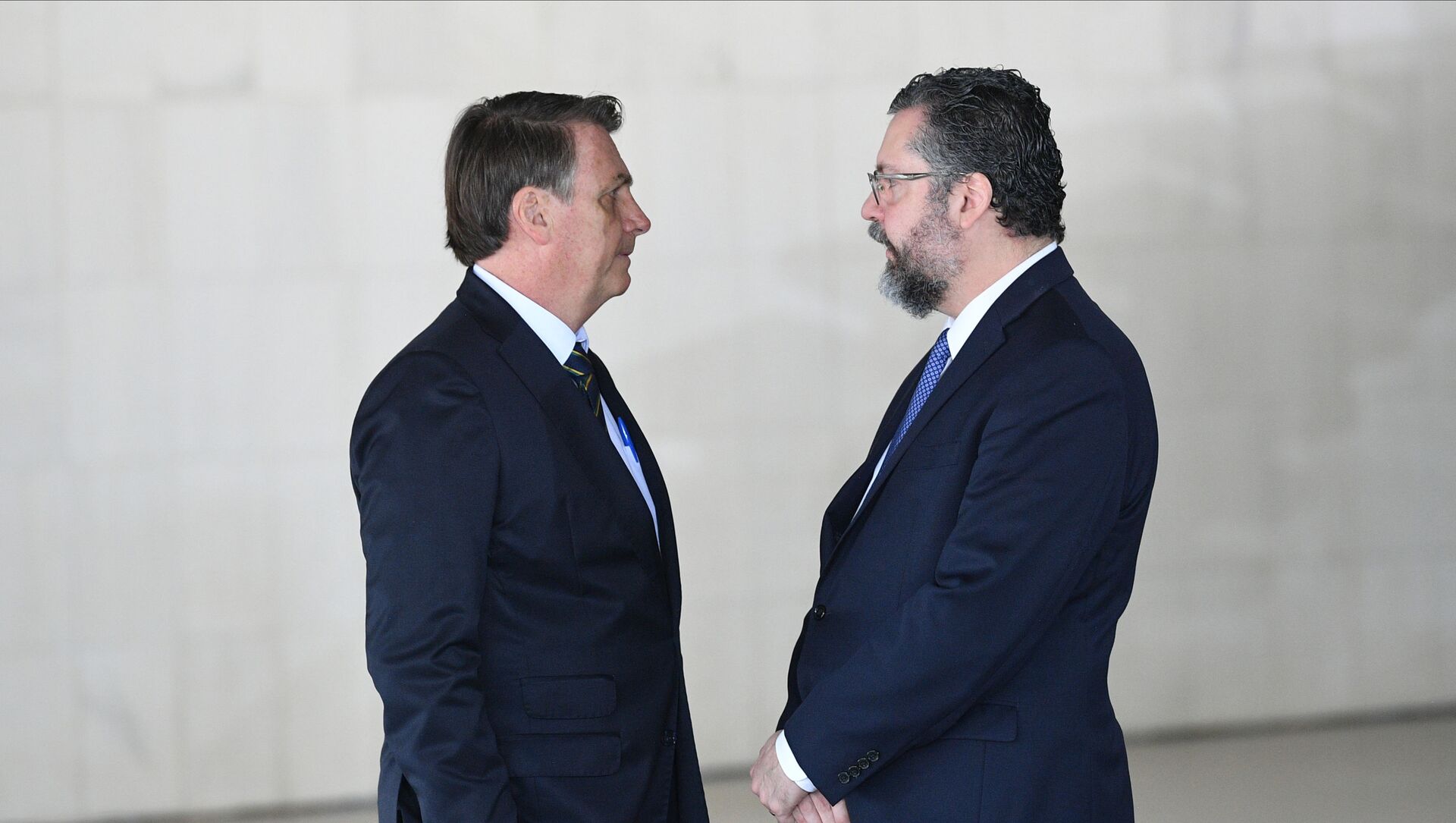 Ilya Tsukanov
All materialsWrite to the author
Brazilian lawmakers put pressure on Foreign Minister Ernesto Araujo last week, asking President Jair Bolsonaro to fire him and blaming Araujo for poor relations with key vaccine producing nations as the South American country attempts to ramp up its battle against the coronavirus pandemic.

Local media confirmed that the diplomat resigned from his post, indicating that he passed on information about his plans to subordinates.

Araujo was appointed foreign minister by President Bolsonaro in January 2019.

Throughout his tenure, he received flak from local political forces opposed to Bolsonaro, and from abroad, for his tendency to make scandalous claims and damage alliances. The foreign minister regularly made headlines by claiming climate change and the coronavirus pandemic were "communist plots," saying that neoliberal globalism was actually a separate communist conspiracy advanced by "cultural Marxism," comparing abortion activists to Christ killers, comparing social isolation to Nazi concentration camps, and deeming Nazism and fascism to be "left-wing phenomena."

Brazil's relations with China, a key trade partner, became icy after Araujo dubbed the coronavirus the "communavirus" and called the pandemic a means to spread communist ideology through international bodies.

Lawmakers began pressuring the government to force Araujo out last week over Brazil's poor diplomatic relations with key coronavirus vaccine producers, with Senate President Rodrigo Pacheco blaming him for "many errors in confronting the pandemic" and for a "lack of diplomacy" on his part to secure the much-needed jabs.

US Department of Health Admits to Pressuring Brazil Into Rejecting Authorisation of Sputnik V
The foreign minister was also pressured from Brazil's diplomatic corps, with over 300 diplomats signing a collective appeal over the weekend asking him to resign for damaging the country's foreign diplomatic presence and image – with some foreign missions reportedly failing to pay salaries on time, forcing embassies to postpone payments for water and electricity and to renegotiate rent agreements to avoid evictions.

Brasilia has struggled to keep up with its neighbours in its Covid inoculation campaign, with less than seven percent of the population getting vaccinated, while total reported cases recently topped 12 million (Brazil has a total population of 211 million). Brazil has suffered the second-highest coronavirus death toll in the world after the United States, reporting over 312,000 fatalities since the pandemic began last year. 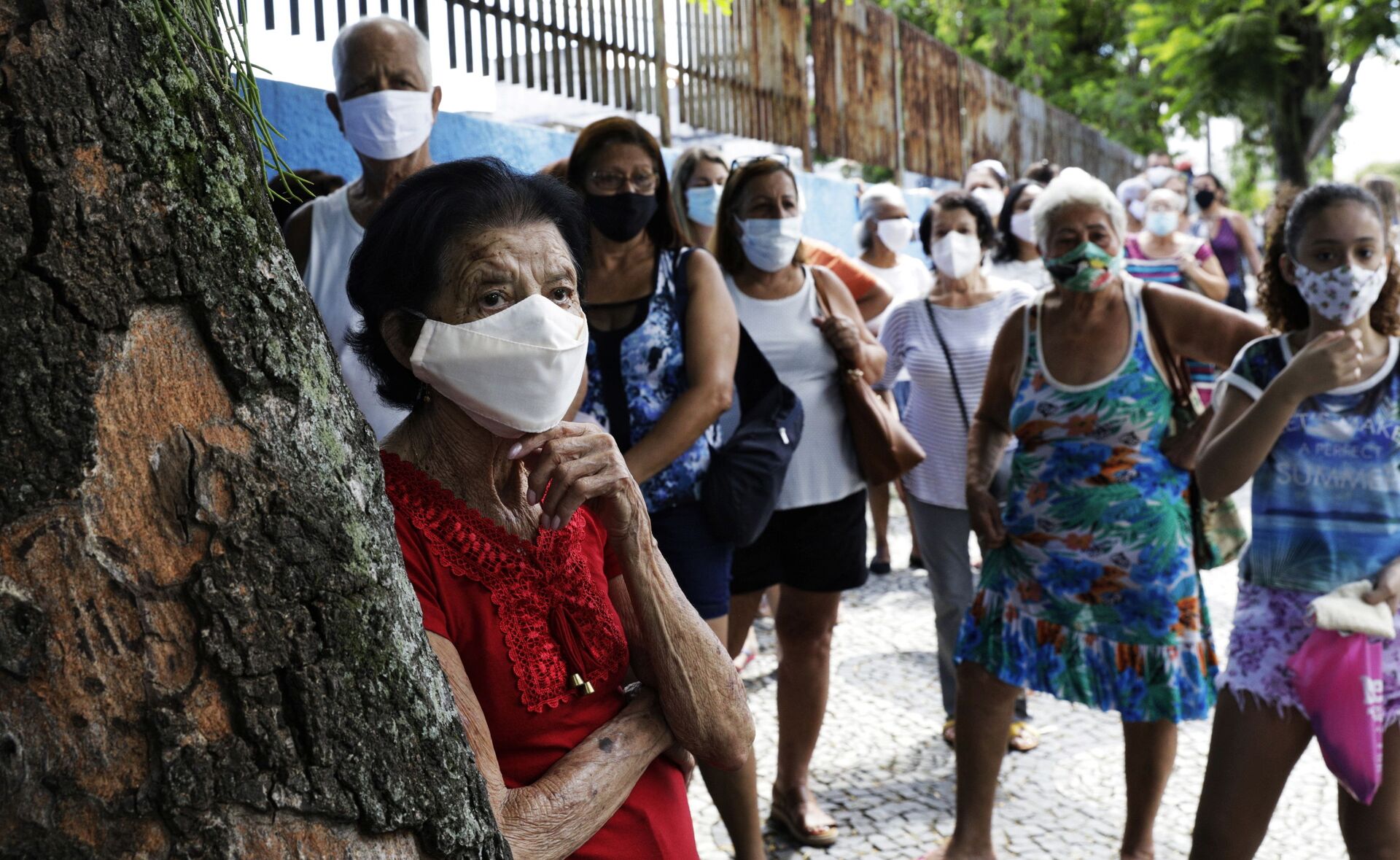 President Bolsonaro joined a handful of other world leaders in playing down the virus's potential dangers. However, unlike countries including Sweden and Belarus, which also bucked the global trend and limited restrictions, Brazil's partially privatised healthcare system has had trouble keeping up with surging cases, particularly in poor areas.

Brazil has contracts with Pfizer, AstraZeneca, and Sinovac for the delivery of their coronavirus preparations. Last week, Sputnik reported that the US Department of Health had quietly pressured Brasilia not to buy Russia's Sputnik V vaccine.