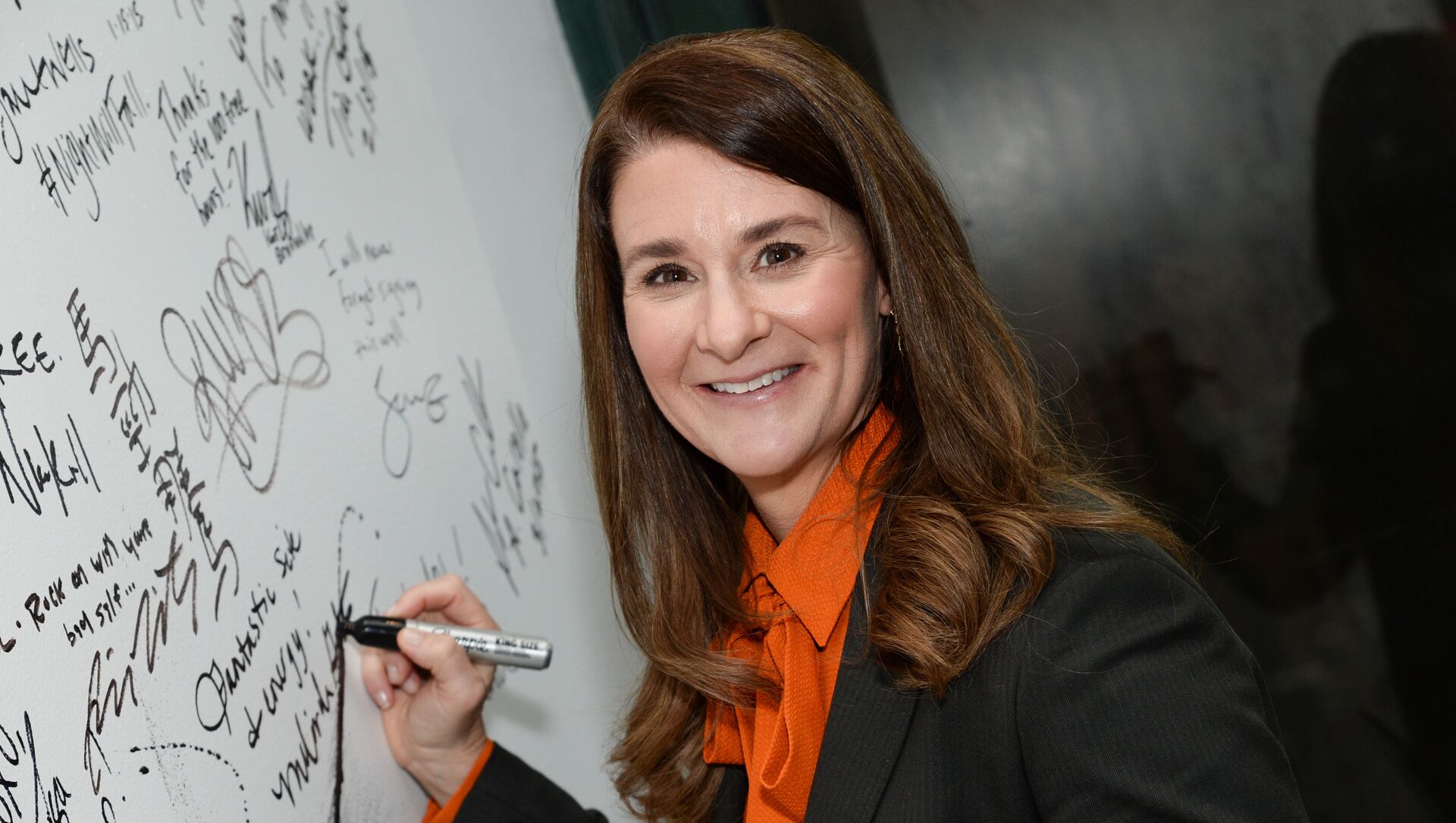 Daria Bedenko
All materialsWrite to the author
Bill and Melinda Gates announced their decision to divorce on Monday, ending a 27-year marriage and immediately propelling to Twitter trends. The couple were married in 1994 and have three adult children.

After the Gates family broke the news on their divorce, social media immediately exploded, with netizens sliding into Melinda Gates' DMs, suggesting that she and the ex-wife of Jeff Bezos, MacKenzie Scott, team up and produce memes about a fading marriage.

The Gates family asked for "space and privacy" when revealing their decision to split up after 27 years of marriage.

"We no longer believe we can grow together as a couple in this next phase of our lives", the couple said in a combined statement.

It was Melinda Gate's name that found itself atop Twitter trends on Monday, with netizens particularly noting that she is now one of the richest single women in the world. No surprise that many candidates voiced their readiness to hit her up.

When is the appropriate time to slide into Melinda Gates' DMs?

melinda gates after the divorce: pic.twitter.com/zgBfGMQf7w

How Melinda Gates’ divorce attorney is pulling up on court day: pic.twitter.com/RBxL1MMpzh

​Many users joked about how MacKenzie Scott and Melinda Gates could have a "hot girl summer", referencing a memeficated song by Meghan Thee Stallion that means being confident about yourself, having fun, and looking good while doing it.

Melinda Gates, Mackenzie Bezos and me leaving the club at 4am this hot girl summer pic.twitter.com/9Gm3P55kjk

MacKenzie Scott and Melinda Gates 2 of the richest woman in the world.

​​Some suggested that the now billionaire ex-wives should team up for a new charity foundation, reality show, or even something more.

So now I want to see Melinda Gates and Mackenzie Bezos team up to create the biggest philanthropic venture in world history.

Someone please give Makenzie Bezos and Melinda Gates a reality show. Or at least write some fan fic about them falling in love and taking over the world now that they’ve gotten rid of that deadweight.

​Others just went crazy with all sorts of memes about on divorce paralleled with Microsoft jokes.

Am I implying that Clippy came between Bill and Melinda Gates? No, I am flat out saying it. pic.twitter.com/bsTeB17jYZ

​Bill and Melinda Gates were married in 1994 and have three adult children: Jennifer, Phoebe and Rory Gates. The two co-established a charity foundation in 2000. When announcing the decision to split paths as a couple, the two outlined that they will continue to work with the foundation.