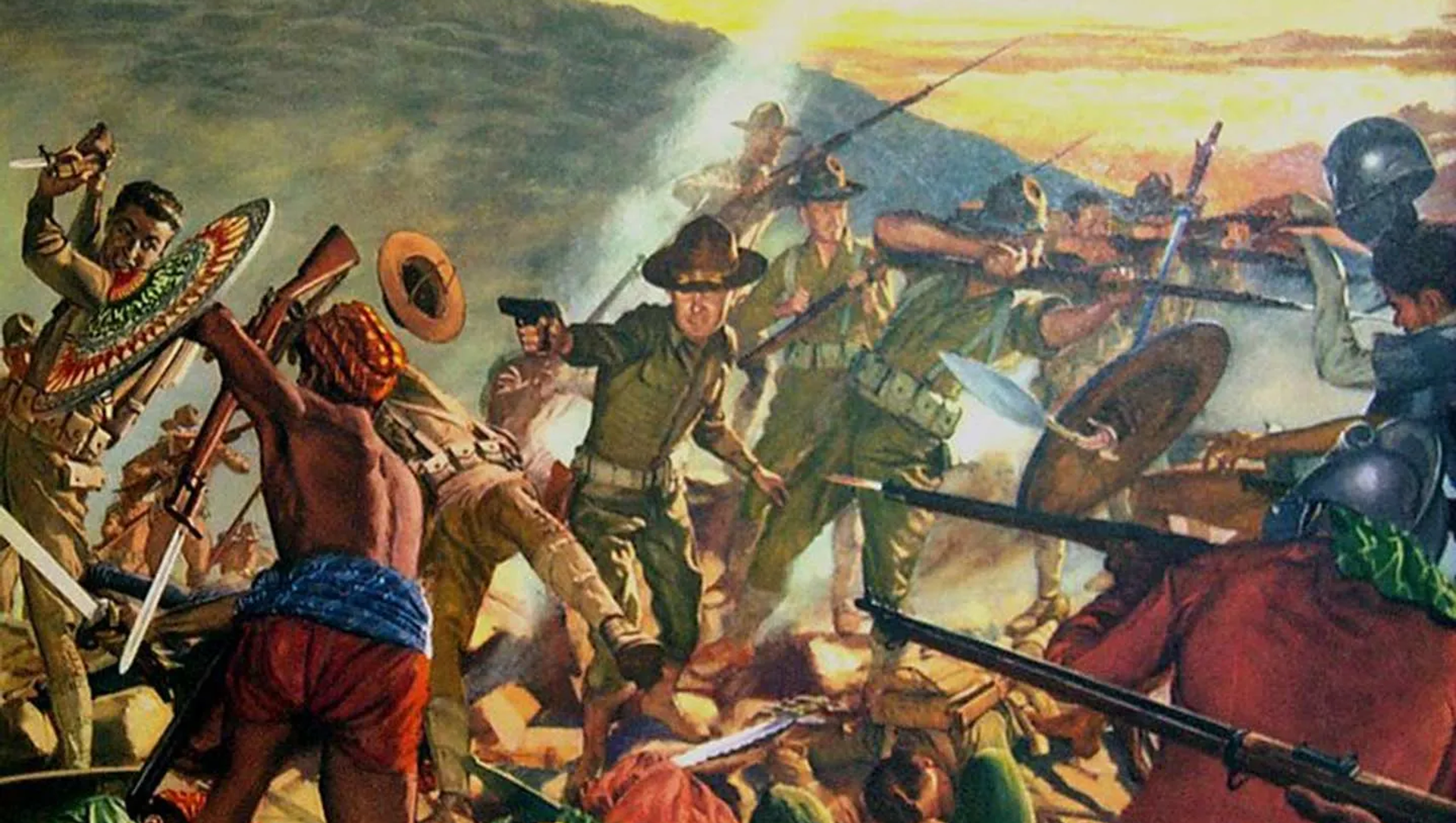 Ilya Tsukanov
All materialsWrite to the author
Already shaky relations between the US and its Turkish ally took another turn for the worse last week after Joe Biden formally recognised the actions of the Ottoman Empire against Armenians in the early part of the 20th century as genocide. The move sparked outrage throughout Turkey and demands to leave NATO or kick US troops out of the country.

Clash Report, a Twitter and Telegram security-related news account allegedly linked to the Turkish military, has posted a chart accusing the United States of a litany of horrific crimes throughout its 240+ year history.

In tweets posted in both Turkish and English, the account points to nearly two dozen grisly events going back to the 1800s, starting with the “US genocide against Native Americans,” and alleging that “70 million Native Americans were slaughtered in their own land.” It goes on to call the enslavement of 35 million people from the African continent “Black Genocide,” saying that the minority “still face[s] racism in the US” today.

It lists off a number of other “genocides,” from the alleged killing of “over a million civilians[s]…by the US forces” in the 1899-1902 Philippine-American War, to the atomic bombings of Hiroshima and Nagasaki, the Korean War, the coups in Iran and Guatemala and the “massacre in Cuba” by US-backed Batista forces. The list goes on with the Vietnam War, the mass killings of communists in Indonesia, the “massacre in Cambodia and Laos,” which Clash Report blames on the US, the 1973 coup in Chile, massacres by US-backed forces in Argentina, El Salvador, and Nicaragua, and the US invasions of Grenada and Panama. The chart also features the Gulf War, the war in Afghanistan, the Iraq War, the “Darfur Coup,” the Arab Spring, the Syrian War and “US-backed Israel’s massacres of Palestinians.” 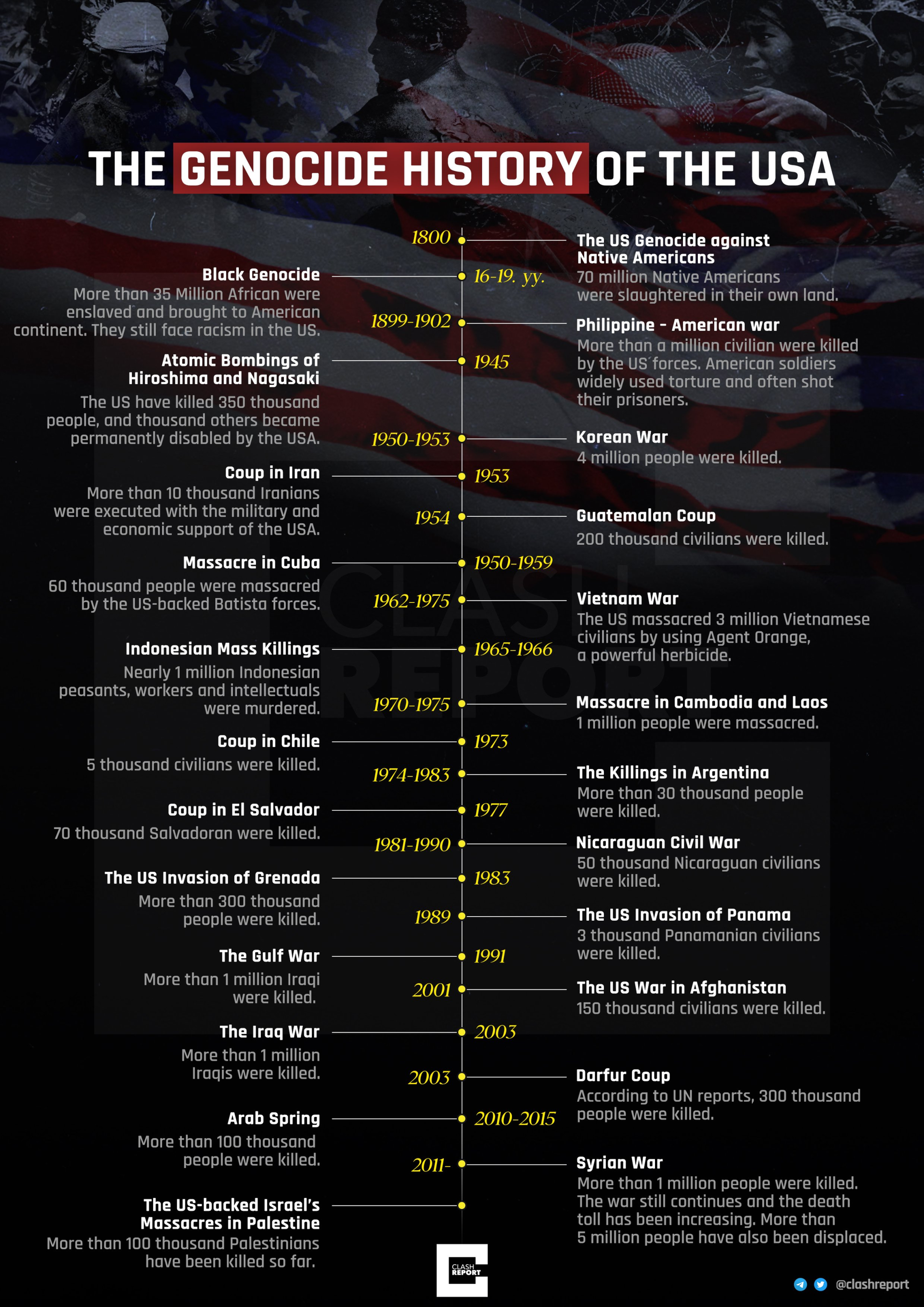 The post was met with mixed reactions by Clash Report’s followers, with some readers suggesting that although they didn’t support most of these conflicts, wars do not constitute genocide. Some asked why the 1999 bombing of Yugoslavia was not mentioned. Others dismissed the report as “nonsense propaganda,” or pointed to Turkish involvement in some of these events, such as the ongoing war in Syria or the history of the Ottomans in the African slave trade.

Clash Report’s controversial tweet comes in the wake of the Biden administration’s announcement last Saturday that henceforth, the United States would recognise the Ottoman Empire’s genocide of Armenians. Between 1915 and 1917, an estimated 1.5 million Armenians were murdered, and millions more were systematically ethnically cleansed from Anatolia.

Chief of Major Chinese Paper Accuses Australia of ‘Genocide’ of Its Aborigines Amid Uyghur Criticism
The Turkish government has long rejected the term “genocide” to describe the events, and has urged the US president to reconsider the recognition. Last week, President Recep Tayyip Erdogan warned that the recent statements by Washington would have a “destructive impact” on Turkish-US ties, and suggested that historians, not politicians, should determine how to label historical events.

On Wednesday, following protests outside Incirlik Air Base demanding the withdrawal of US forces, and demonstrations outside Turkey’s Izmir NATO HQ urging Ankara to withdraw from the Western alliance, the Turkish military clarified that US troops were able to be stationed on Turkish soil only because Ankara allows it.