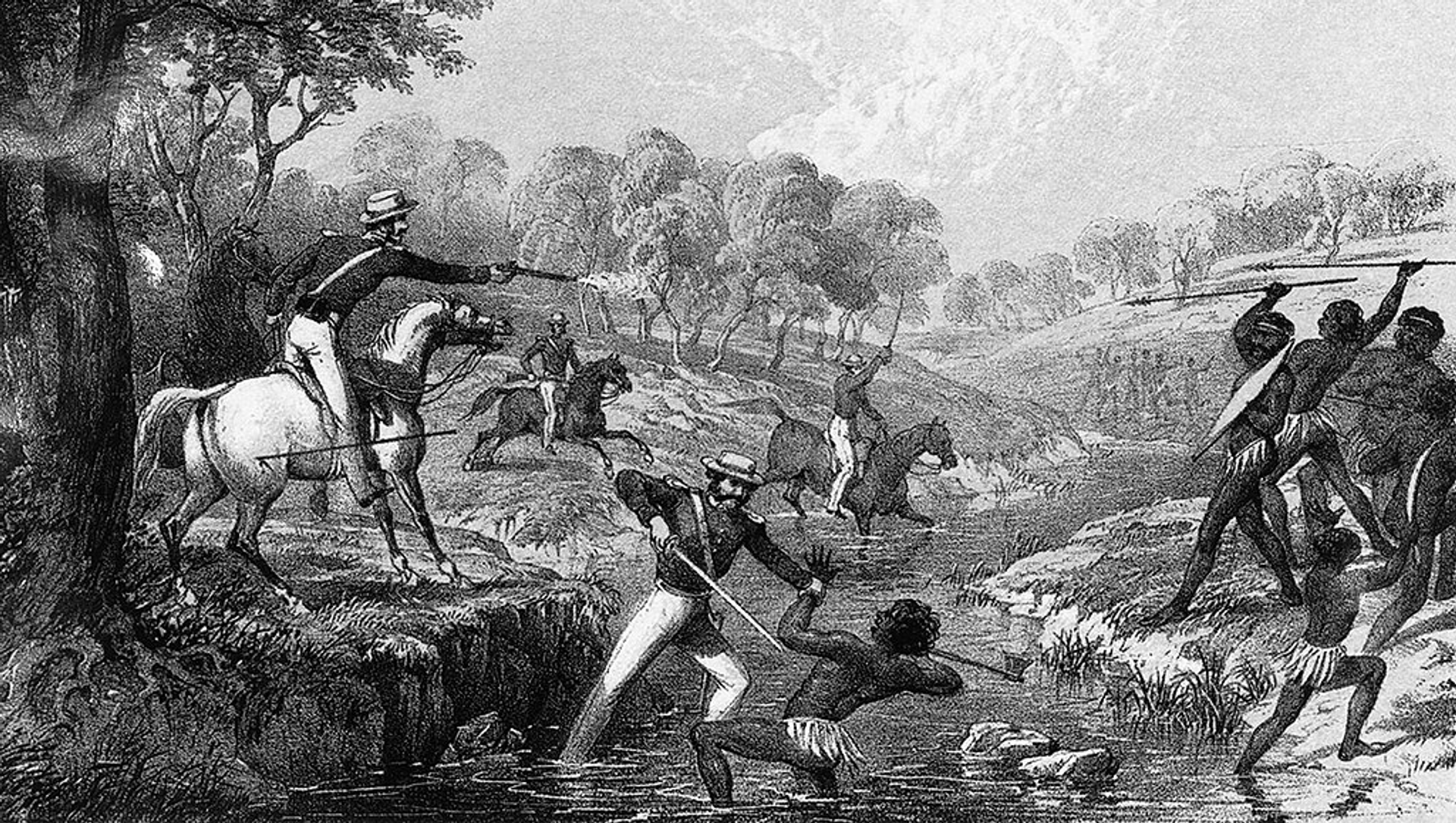 Ilya Tsukanov
All materialsWrite to the author
The comments come amid an increasingly virulent US-led campaign attacking Beijing over its alleged mistreatment of the Uyghur minority. Chinese authorities have vocally denied any violations of human rights in the Uyghur-populated autonomous region of Xinjiang, and have asked Western nations to reflect on their own history before attacking China.

Global Times editor-in-chief Hu Xijin has lashed out at the West over its record of mistreatment of the American and Australian aborigine communities, as well as Europe’s historical campaigns to colonise other peoples and regions across the globe.

The tweet sparked an intense debate, with Hu’s Twitter followers either expressing support for his argument, or attacking the journalist.

“Absolutely right!” one user quipped. “Exactly, European[s] think they are king of human rights,” another sarcastically added. “If the bar the West is used back at them, they are guilty of genocide on a continental scale. It’s madness,” a third suggested. “History was written by murderers who occupied America, Africa, Australia…And they want people to forget it,” another wrote.

Others dismissed Hu’s claims, claiming that his accusations were false, that the situation has improved for native peoples, or that he should “look inwards" toward the situation in China today "before criticising other nations for what happened several generations ago.”

The twitter thread soon degenerated into a back-and-forth debate about proof and whataboutisms.

Proof it, otherwise see a psychiatrist!

"pointing things out is whataboutism, except when the west does it it's not" because the west has a long history of using very accurate imperialist narratives right

Mainstream media outrage also followed in the wake of Hu’s tweet, with the Daily Mail and Yahoo News Australia dismissing him as a “communist mouthpiece” and calling his claims “controversial.”

Australia has not joined its Anglosphere allies the United States, Canada and the United Kingdom in formally characterising China’s alleged mistreatment of Yughur Muslims as a “genocide,” but Canberra has criticised Beijing over alleged wrong-doing at internment camps in Xinjiang province, saying there was “clear evidence” of “severe breaches of human rights.”

Earlier this week, Australian Minister for Foreign Affairs Marise Payne said there was “evidence that points to the use of forced labour, the use of forced sterilisation, the systemic, systematic abuse of and torture of women and a range of other actions,” all of which “are severe breaches of human rights.” She earlier emphasised, however, that Australia has “a slightly different approach” when it comes to the term genocide, hinting that Canberra would not follow its allies when it comes to labelling China’s actions as such.

In recent weeks, Uyghur activists in Australia have put pressure on the government to apply the genocide label. On 1 March, independent Australian senator Rex Patrick announced that he would ask members of the upper house to recognise China’s treatment of the Uyghurs as a “genocide.” The issue is expected to come up for debate and a vote on 15 March.

China is Australia’s largest trading partner, with its exports of iron ore and coal helping the Land Down Under weather the global crisis caused by the coronavirus pandemic. Political tensions have threatened the trade relationship, however, with China halting the import of Australian coal in the final quarter of 2020 and investment plunging amid tensions related to Canberra’s support for an international inquiry into Beijing’s alleged mishandling of the coronavirus.

Almost 70 percent of Australians now accept that its aboriginal communities have been subjected to mass killings, forced removal from their lands, and restrictions on movement. According to a recent investigation, European migrants carried out at least 270 frontier massacres against Aboriginal peoples over a 140 year period beginning in the 1790s and ending only in the late 1920s. It’s estimated that while there were the roughly 250,000+ aborigines in Australia upon contact with the Europeans, only 60,000 remained by 1920.

Earlier this week, Washington-based think tank Newlines Institute for Strategy and Policy released a much-cited report alleging that China “bears state responsibility for an ongoing genocide against the Uyghur in breach of the Genocide Convention.”

China has vocally denied “preposterous” conclusions made in the report, and called on the US and other Western countries to reflect on their own history before attacking China. On Sunday, Chinese Foreign Minister Wang Yi indicated that when it comes to claims of “genocide,” “many people would have in their minds the Native Americans of the 16th century, African slaves of the 19th century, the Jewish people of the 20th century, and the Aboriginal Australians who are still struggling even today.”

China Rebuts US Charge of Xinjiang 'Genocide' By Saying 95% of Native Americans Were Wiped Out
Earlier this week, Foreign Ministry Spokesman Zhao Lijian asked those spreading rumours about the situation in Xinjiang to provide proof to substantiate their claims, pointing out that the population of Uyghurs has grown from 5.5 million to over 12 million in the past 40 years. The same couldn’t be said about Native Americans, he suggested.

“Anyone who knows American history should know that the United States, through the Westward Expansion, expelled and killed American Indians. The Indian population plummeted from five million in 1492 to 250,000 at the beginning of the 20th century, a decrease of 95 percent,” Zhao said.

The Biden administration has maintained the assessment held by the Trump administration about the purported “genocide” of Uyghurs. Canada’s House of Commons voted unanimously last month on a non-binding resolution to declare that China was “committing genocide” against over a million Uyghurs in Xinjiang. Late last month, British lawmakers pressured Prime Minister Boris Johnson not to sign trade agreements with countries accused of committing genocide.