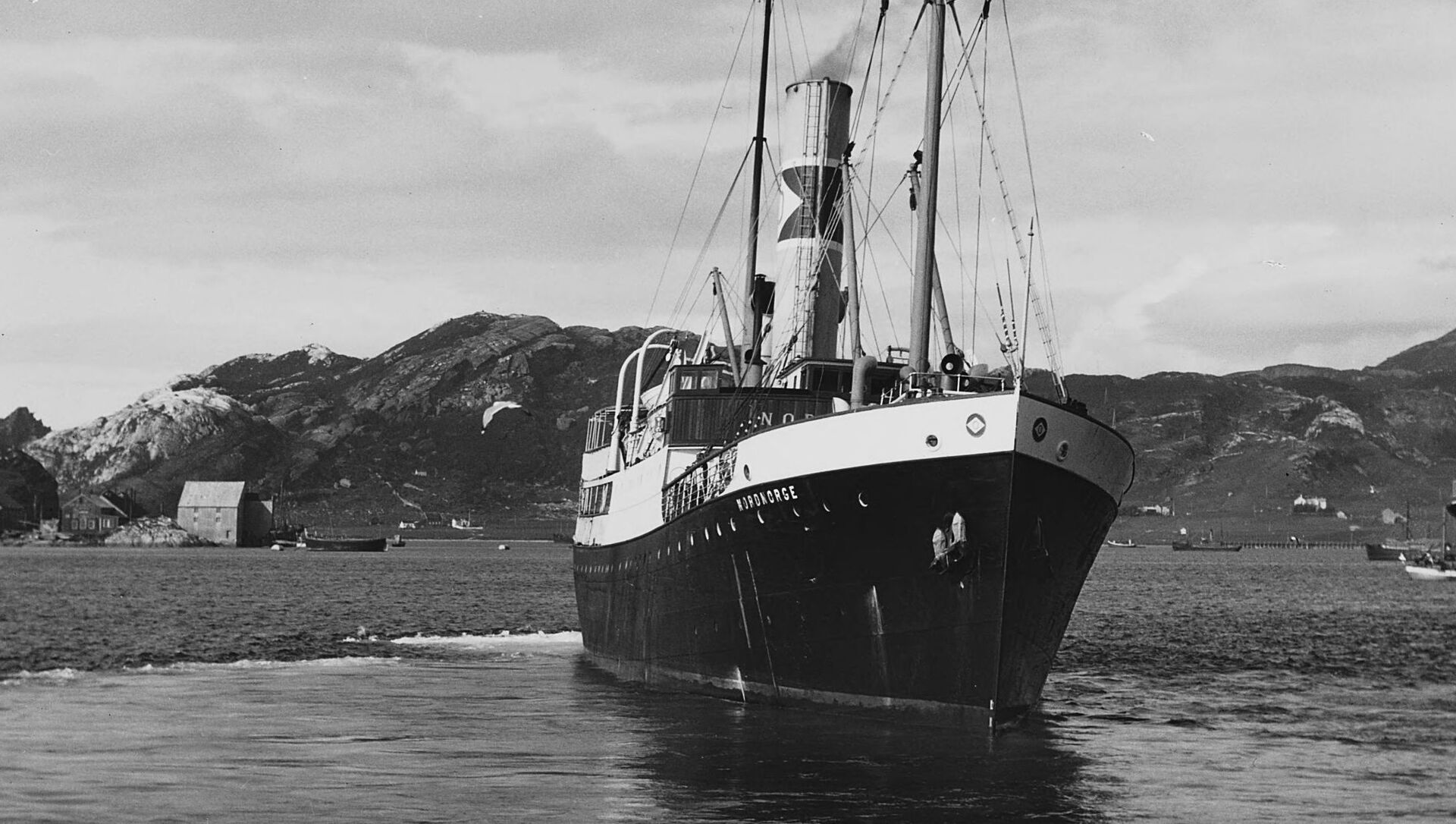 Igor Kuznetsov
All materials
On 10 May 1940, the Nazi-seized Hurtigruten DS Nord-Norge sank off Hemnesberget after a dramatic skirmish with the British Navy. Now, the ship has finally been localised and filmed by a drone – at a depth of 280 metres.

A Norwegian cruise ship hijacked by the Nazis and used as a Trojan horse in a false flag operation has been discovered on the seabed after 82 years.

The Hurtigruten DS Nord-Norge, which sank during the dark days of May 1940, was found off the coast of Hemnes at a depth of 280 metres, about 200 meters from the quayside by diving company Seløy Undervannsservice, teaming up with local divers, national broadcaster NRK reported.

Since this is too deep for divers, the company used underwater drones to obtain footage and make the necessary measurements. The divers have pledged to release the footage shortly.

The DS Nord-Norge was built in 1924, and was refurbished and put into traffic along a coastal route by Hurtigruten in 1936.

On 8 May 1940, following Hitler's invasion of Norway, the Nord-Norge sailed out of the Trondheim Fjord, with 300 Austrian alpine hunters and marines on board. The ship was hijacked by the Nazis, and was to be used as a Trojan horse in the attack on Trondheim. The operation was approved by Hitler himself and was code-named “Operation Wild Duck”.

However, as it approached Hemnesberget, it was attacked by Scottish troops. Fierce fighting ensued, with heavy casualties on both sides. After several shots from the destroyer HMS Zulu and the light cruiser HMS Calcutta, the Nord-Norge sank stern first, very much like the Titanic. According to historic accounts, the bow stood several meters vertically up in the air. According to the same reports, it took parts of the quay with it.

“Hijacking the Hurtigruten and using it in this way like the Germans did here is a unique phenomenon, I don't know of any other examples,” journalist, writer and World War II scholar Alf Jacobsen told NRK.

The street battles that ensued are also described as unique in Norwegian war history, as Norwegian and British soldiers launched fierce counter-attacks on the Nazis, allowing the Allies to buy time in the battle of Narvik, often described as Hitler's first defeat.

All in all, the company Hurtigruten lost five ships during the first six weeks of the war.

The sunken ship has animated locals for decades. Local divers have been searching for it for years, but without success.

“This has been discussed for 80 years. Finally we have seen the ship. It is a fantastic experience,” Torbjørn Skjæran of the local history association told NRK. “It was strong. I stood with tears in my eyes. It was special to look into the wheelhouse and everything that was intact. Even if the roof and such were blown off.”

“It was completely epic. Fantastic pictures. I am very impressed, and this is very important for Norwegian history,” she said.