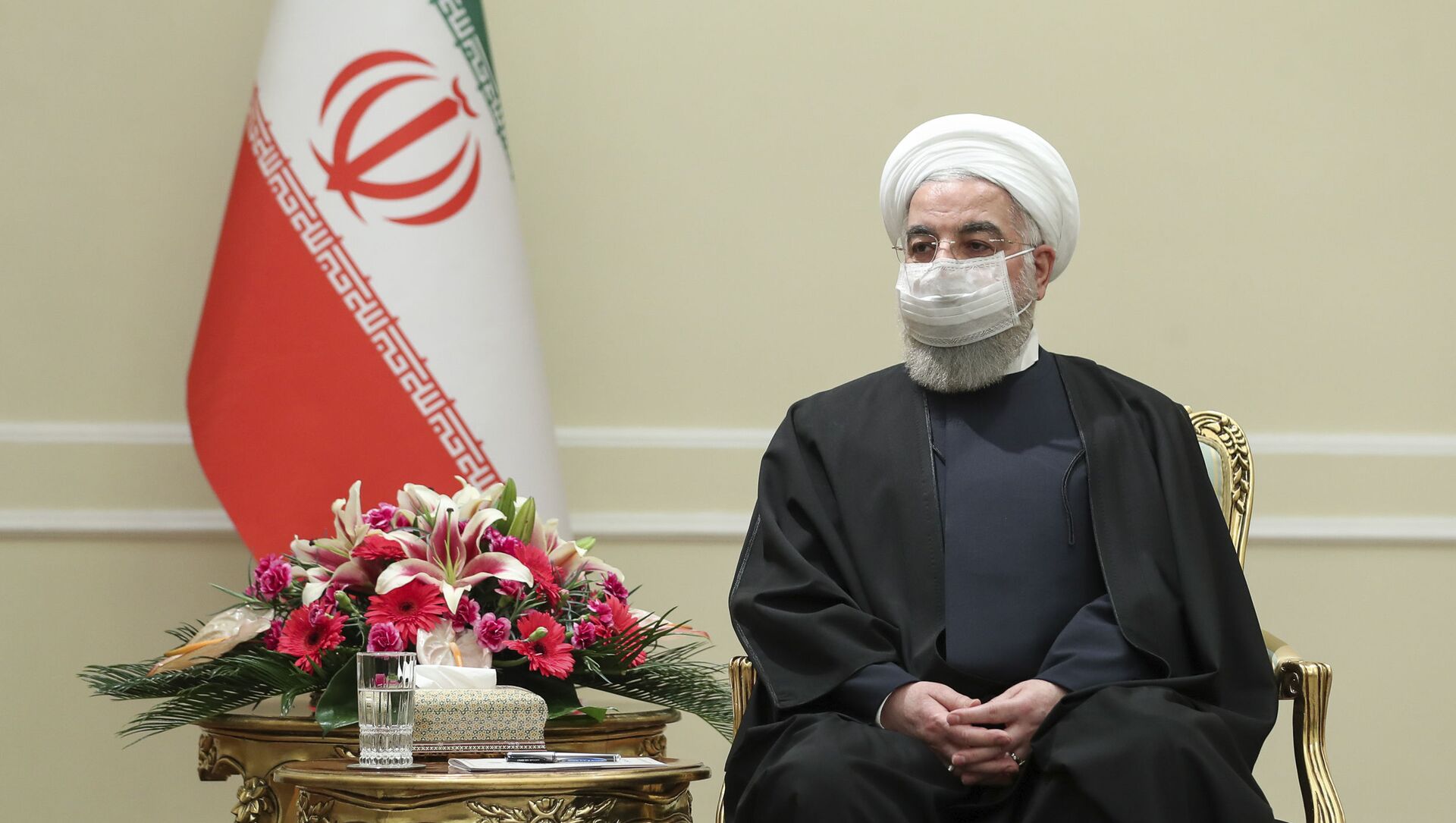 Gaby Arancibia
All materialsWrite to the author
Senior diplomats from the US, Iran, Germany, France, Russia, China and the European Union have been holding meetings throughout April in a bid to map out a manner in which the 2015 Joint Comprehensive Plan of Action (JCPOA) can be fully restored. Talks nearly came to an abrupt end last week after an attack damaged Iran’s Natanz nuclear facility.

Iranian President Hassan Rouhani declared on Tuesday that the US and Iran could reach an agreement to return to the 2015 nuclear deal soon, so long as American negotiators proceed with “honesty” for the duration of ongoing talks.

Rouhani remarked during a meeting with activists in Tehran that the Vienna talks “have progressed about 60, 70%,” adding that “if the Americans act within the framework of honesty, we will achieve results in a short time.”

While the Iranian government intends to make the most of the opportunities presented at the meetings, the Iranian president emphasized that the Middle Eastern nation is also in “no hurry” to revive the deal.

However, Rouhani did clarify that the talks have progressed in line with the framework devised by Ayatollah Ali Khamenei, an agreement which notes that Iran only intends to resume JCPOA stipulations once all sanctions imposed by the US are lifted in one step, and only after Iran is able to verify their removal.

Earlier Tuesday, top Iranian Deputy Foreign Minister Abbas Araghchi underscored that his delegation would effectively pull out from the negotiations if talks lead to “unreasonable demands, waste of time and irrational bargaining."

"It is too early to judge the outcome or to say whether we are optimistic or pessimistic, but we think we are on the right track," Araghchi told Iranian state TV, as reported by the Swiss Broadcasting Corporation.

Negotiators are expected to meet for another round of discussions in Vienna in the coming week.

Since the start of the Biden administration, hopes remained high that tensions between Washington and Tehran would ease, however, that has not entirely been the case. To date, both countries have called on the other to act first in order to resume JCPOA promises.

Following the US’ 2018 withdrawal from the nuclear deal and the Trump administration's subsequent “maximum pressure” campaign against Iran, Tehran promptly moved away from restrictions implemented as part of the JCPOA.

More recently, the Iranian officials announced that it would be upping its uranium enrichment levels to 60%, far exceeding the roughly 4% enrichment restrictions outlined under the 2015 agreement.

The latest developments came after Rouhani recently acknowledged that Tehran has the capability to enrich its uranium supplies up to 90%, but that it has no intentions to do so in an effort to create nuclear weapons.