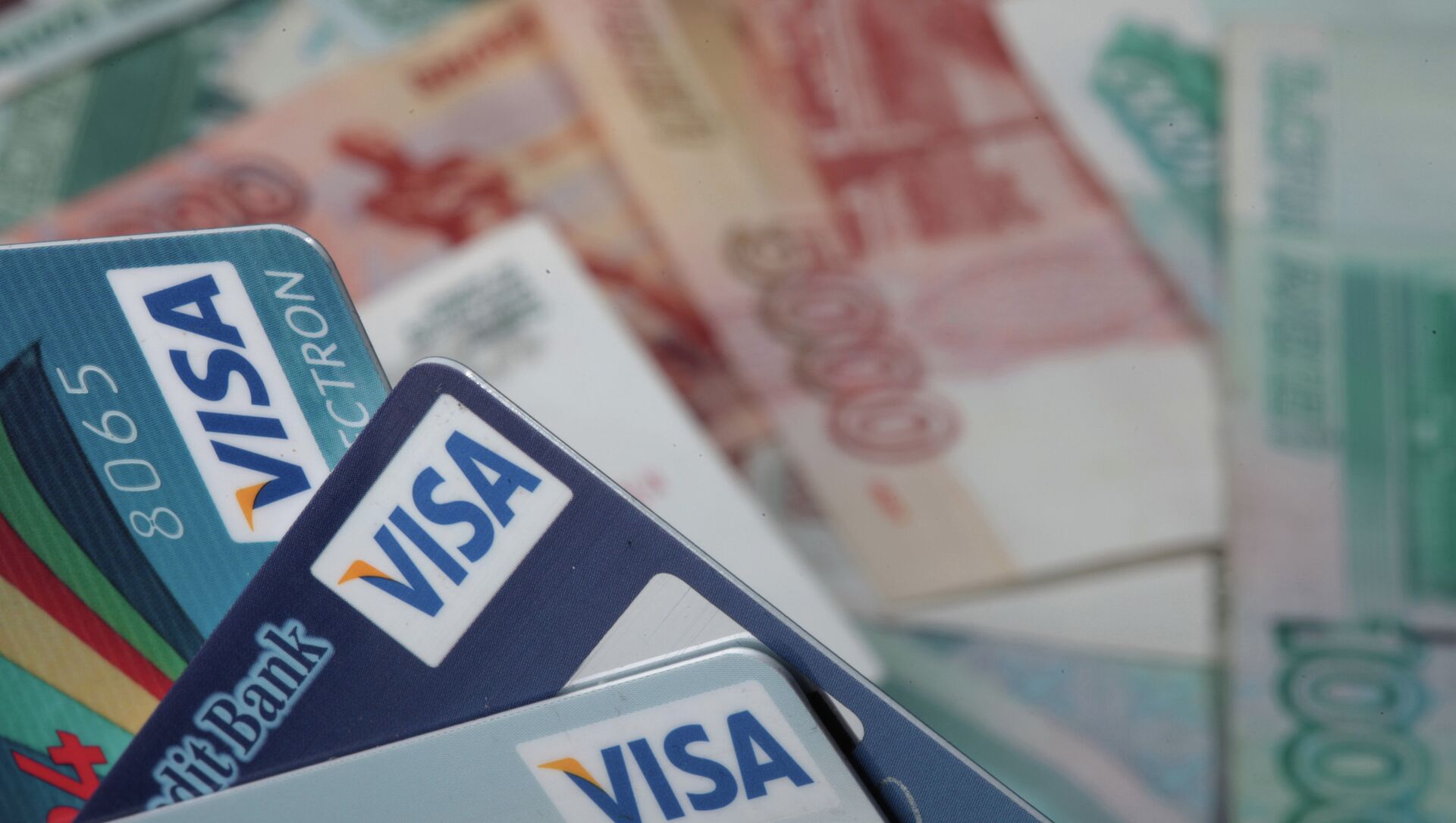 Ilya Tsukanov
All materialsWrite to the author
The US has threatened to pile new sanctions on Russia over a range of pretexts, including Moscow’s alleged role in the SolarWinds hack, election meddling, rising tensions in Ukraine, and more. On Monday, Foreign Minister Sergei Lavrov urged Russia to continue to expand non-dollar trade, and to abandon Western-controlled payment systems.

Moscow isn't ruling out the West restricting the use of Visa and MasterCard payment systems in Russia, Presidential Spokesman Dmitri Peskov has said.

“This is a rather unpredictable process, therefore in the framework of this process, taking account of such unfriendly and sometimes even hostile forms of behaviour against us, nothing can be ruled out,” Peskov said, speaking to reporters on Tuesday, when asked about the prospects of the popular payment systems being shut down inside the country.

The best way for Moscow to hedge such risk was to create alternative payment systems and other services to support financial activities, “that is, systems to strengthen sovereignty in all sectors of the economy, banking,” Peskov added.

“This process is already taking place,” the spokesman suggested, referring to Mir, the Russian-made payment system devised in 2014 and launched in 2015 as tension with the West escalated.

“We see now that this system is already rather strong. Admittedly, it does not have international circulation yet, but still, countries have emerged where the system can be used. And no one has any doubts that this system will eventually spread globally,” Peskov said.

SWIFT Retaliation: What Would Happen if US Tried to Unplug Russia From Global Payments System
Last month, Peskov called on Russia to be prepare getting cut off from SWIFT, the global interbank payment information exchange system used by over 11,000 organisations in 200 countries. Russia is one of the system’s top five users, but set up a domestic alternative to the payment system known as SPFS, a Russian acronym for "System for Transfer of Financial Messages," in the mid-2010s amid fears that it might be cut off from SWIFT. By 2019, hundreds of institutions had connected to the system, and the Russian Central Bank announced that eight foreign banks had joined or were in the process of joining by that time.

The Mir (which in Russian literally means "Peace" or "World") payment system has gradually gained traction since its 2015. By 2019, Russian banks had issued nearly 60 million Mir debit and credit cards, accounting for over 20 percent of all payment cards issued in Russia. The cards are issued to pensioners, welfare recipients and other categories of citizens who receive payments from the state. Mir cards can be used across Russia and much of the former Soviet space, and at some banks in Vietnam, Turkey, and the United Arab Emirates. 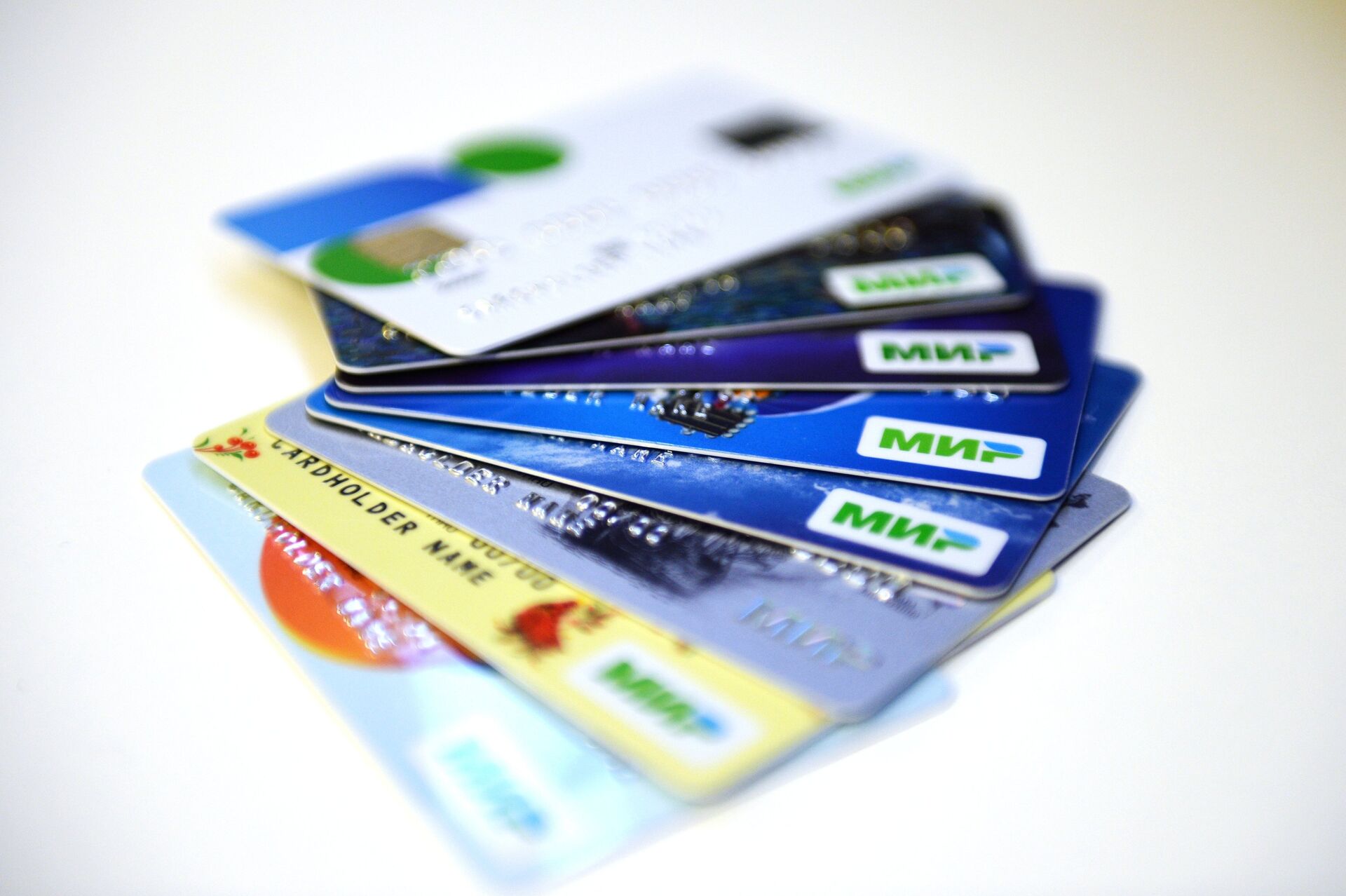 However, they are not tied to PayPal or WebMoney, and cannot be used to pay for many online services and stores based in Western countries. These and other factors have accounted for Visa and MasterCard’s continued popularity, with Visa alone continuing to account for about 40 percent of the Russian bank card market. Any disruption in service would therefore undoubtedly have at least some short-term negative impact.

Russia is no stranger to problems with Visa and MasterCard. In 2014, at the height of the Ukraine crisis, a number of Russian banks got cut off by the US-based services due to sanctions.

Senior Russian officials have expanded discussions of alternate payment systems and the use of currencies besides the dollar for trade amid concerns that the Biden administration may be preparing a new round of sanctions against Moscow.

World
Lavrov: US Unwilling to Abandon ‘Flawed Course’ Toward Global Dominance
On Monday, Foreign Minister Sergei Lavrov told Iran’s IRNA news agency that Russia is actively working with major partners to abandon Western-controlled payment systems, and stressed that “gradual steps should be taken to move toward the dedollarisation of national economies and transition to payments in national or alternative currencies.”

The Biden administration has threatened new restrictions against Russia over a range of pretexts, most recently over “Russia’s ongoing aggression” against Ukraine, where observers have reported a worrying uptick in NATO military activity in recent weeks. On Sunday, Secretary of State Antony Blinken warned that Russia would face “consequences” if it acted “aggressively” against Kiev. Moscow has dismissed claims that it is responsible for the situation in Ukraine, and stressed that the Ukrainian government and its Western sponsors would be held responsible for any military escalation.