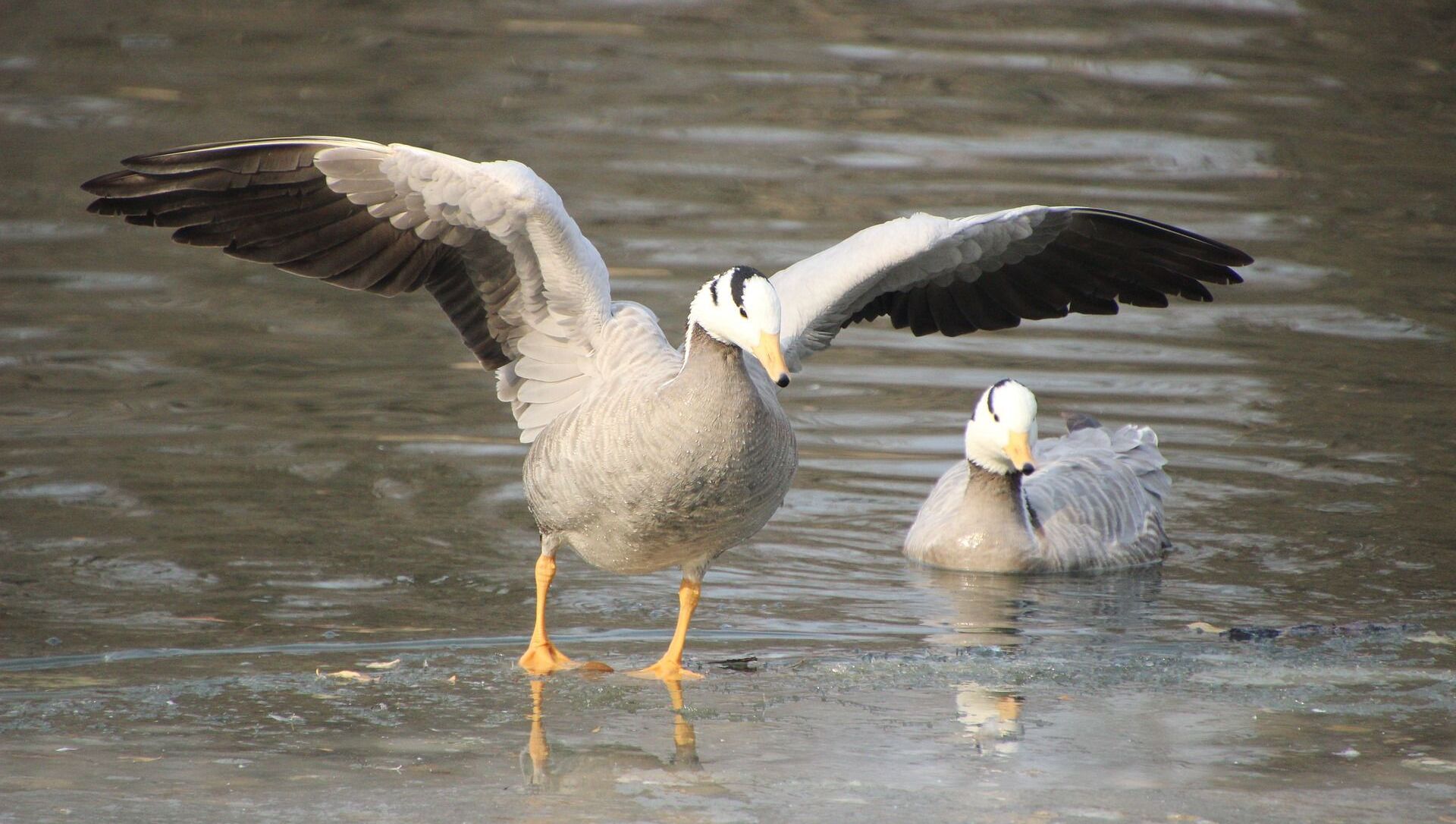 Deexa Khanduri
Sputnik correspondent
All materials
Avian flu swept through India towards the end of 2020 and early 2021 in 18 Indian states. Hundreds of thousand birds were culled to prevent the spread of the disease.

Around 100 migratory birds have been found dead in the northern Indian state of Himachal Pradesh’s Pong Dam Sanctuary in the last two weeks, confirming a second outbreak of bird flu.

“The National Institute of High-Security Animal Diseases (NIHSAD) in Bhopal has confirmed the presence of H5N8 avian influenza among the samples of the dead birds. This strain is different from the previous outbreak, when H5N1 had been detected among the migratory birds. But both these strains are highly pathogenic,” Chief Wildlife Warden Archana Sharma told reporters.

Speaking with Sputnik, Dr. Sanjeev Nadda, deputy director of animal health and breeding at the Pong Dam Sanctuary, said, “Till Tuesday (6 April) 99 birds have been found dead at the sanctuary. Most of these birds are bar-headed geese.”

Dr. Nadda also said the sanctuary was closed to the public last week. “We are taking all precautionary measures. We are conducting thorough surveillance of the area,” he added.

In December, the last bird flu outbreak had claimed the lives of at least 5,000 migratory birds in the sanctuary.

Pong Dam sanctuary is an international Ramsar site (wetland site designated to be of international importance under the Ramsar Convention), which is extended up to 220 square kilometres during the wet season. The Pong wetland becomes home to flocks of migratory waterfowl each winter when wetlands in Europe and North and Central Asia become frozen.

In February, the officials confirmed the presence of more than 100,000 migratory waterbirds of 51 different species at the lake, including more than 40,000 bar-headed geese.