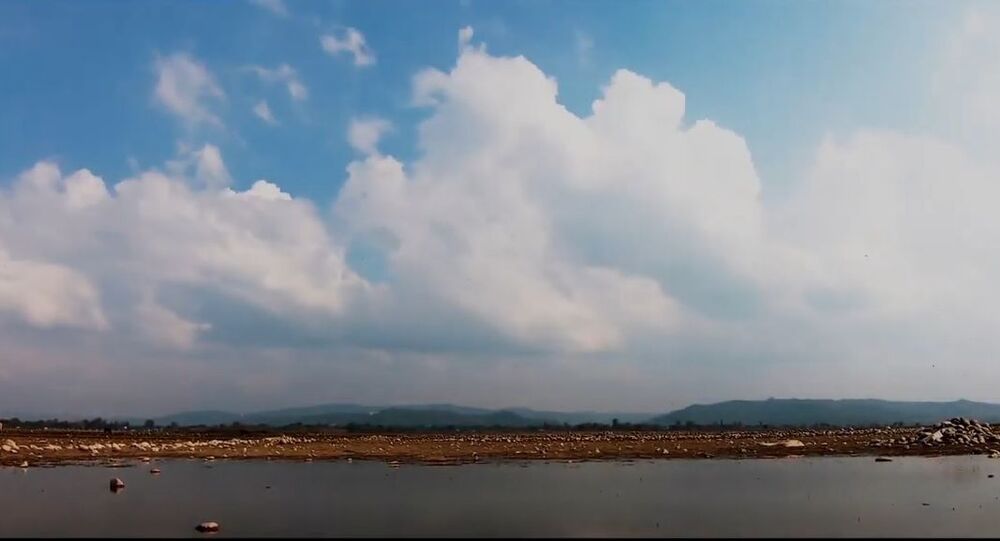 The Pong Dam wetland is one of the largest man-made wetlands of India. It was formed by the construction of the dam on the Beas river in 1974. Pong Dam is the first major wetland in the country located in Himachal Pradesh that offers a transitory resting reserve for migratory birds coming from the trans-Himalayan zone in winter.

Speaking to Sputnik, the divisional forest officer (wildlife) of Pong Dam, Rahul Rohne revealed that the migratory birds have died an unnatural death over the past two days.

"We have conducted an on-spot inspection and collected samples of blood, stool,tracheal and cloacal. The samples have been sent for testing," Rohne said while adding that the wildlife unit of the Himachal Pradesh forest department has been put on alert.

The officer further mentioned that the mortality has been found mostly in bar-headed geese that migrate from Mongolia (East Asia) to Pong Dam in the winter.

"The nearby areas from the spot where the carcasses were found dead have been put under surveillance. A total of 10 teams have been formed to keep track of the situation. The forest staff with the help of the local village level governing representatives will be spreading awareness in villages surrounding the water body," Rohne highlighted.

Earlier this year in January, the forest department was forced to be on its toes after more than 5,000 birds of different species had been found dead at Pong Dam. Samples of some of the carcasses tested positive for H5N1 avian influenza.

According to the forest department of Himachal Pradesh, Pong wetland supports 415 bird species belonging to more than 60 families.  The wetland has an untapped potential for bird watching, camping, water sports, nature/heritage tourism and other recreational activities. Rare species of vultures, falcons, Indian skimmer, red-necked grebes, white-fronted geese and waders have been sighted in the wetland.

Bar-headed geese, which visit Pong in large numbers, constitute more than 40% of the world’s population of the species.