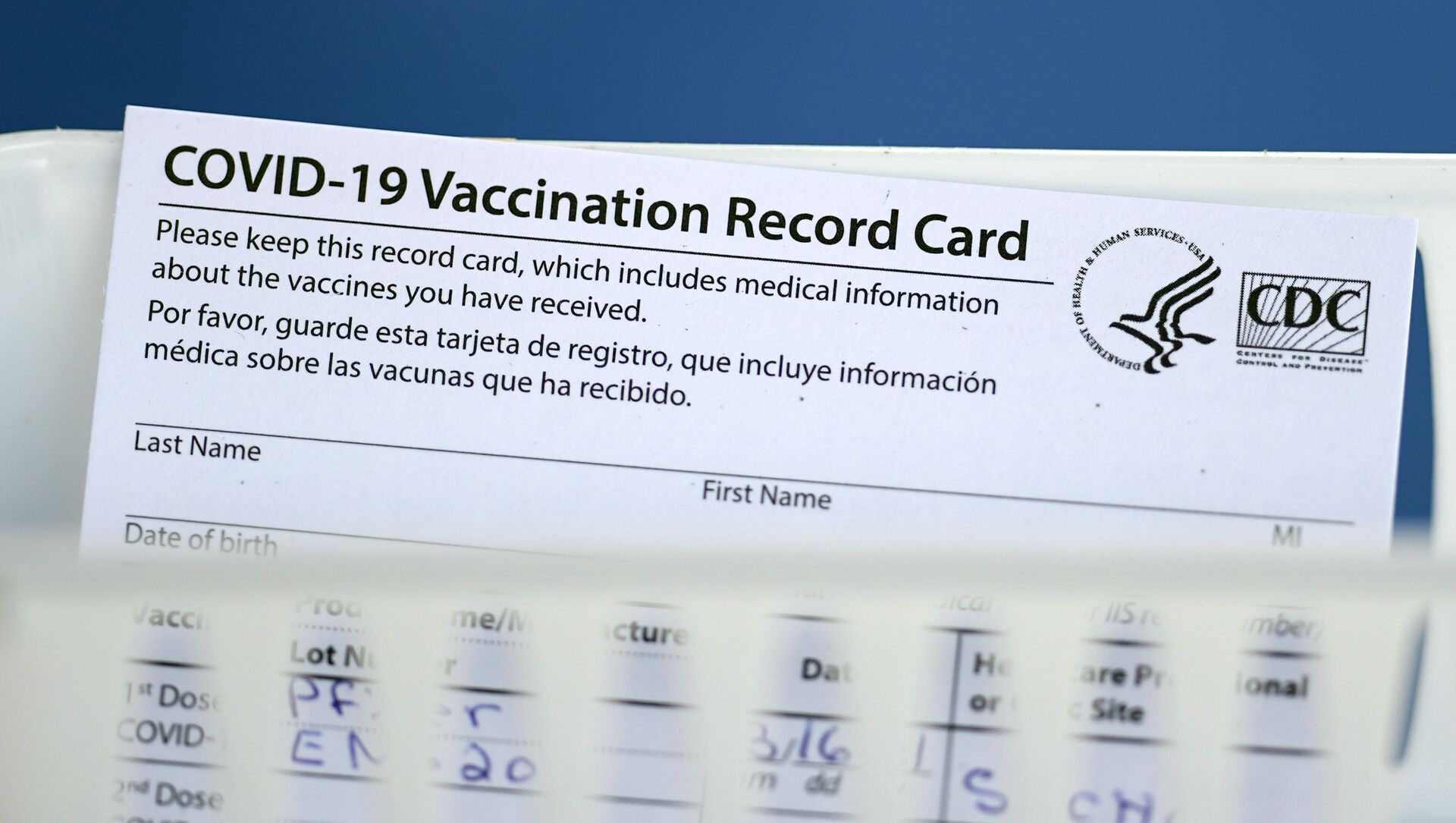 Ilya Tsukanov
All materialsWrite to the author
Last week, in the wake of a firestorm of criticism by GOP lawmakers, the White House walked back reporting on plans by the federal government and big corporations to create a standardised coronavirus immunisation passport, insisting that there would be no federal vaccination ID mandate and that Washington’s role was only as coordinator.

Senior Republican strategists and operatives are betting that the Biden administration’s push for the creation of vaccine passports allowing Americans to patronise certain establishments and venues will give the GOP opportunities to make major gains in the 2022 midterm elections, citing Americans’ fears of government overreach and a desire for privacy in matters concerning health.

Last week, in the wake of a Washington Post story on the Biden administration’s work with business to develop a standardised paper/digital Covid vaccination passport, dozens of Republican senators, congresspeople and governors came out in vocal opposition of the idea, calling it “unconstitutional,” “un-American,” a “complete government overstep,” or even satanic or reminiscent of Nazi Germany.

Not all GOP operatives are equally confident, with one unnamed veteran campaign aide suggesting that while “it’s red meat for the base, it “doesn’t help us win back the middle,” and could serve only to exacerbate “the culture wars” between Republicans and Democrats.

Republicans would need to gain one seat in the Senate and five in the House to regain control of Congress and stop the Biden administration from pushing forward with its agenda.

The coronavirus became politicised almost immediately after the pandemic hit the United States last year, with Democrats blaming then-president Donald Trump for failing to take steps sooner to combat the virus’s spread, and Trump blaming his predecessor, Democrat governors and China. Some of Trump’s opponents and Democratic-leaning media have gone so far as to blame Trump personally for the over half a million Americans who have died during the pandemic.

“The X-factor in all of this – whether it becomes the big issue for Republicans – is what [Trump] says about it,” one former Trump campaign official said, commenting on some Republicans’ hesitation in commenting on the issue. “The candidates are going to be looking for cues, because he’s still the single most important person in this party.”

After getting banned on social media in January, Trump has resorted to releasing press releases to the media. He has yet to comment on the "vaccine passport" idea, but has previously resisted other coronavirus-related restrictions at the federal level, such as a mask mandate or mandatory vaccination.

Last week, White House Press Secretary Jen Psaki emphasised that the administration had no plans to issue a federal vaccination passport mandate, and that its role would be limited to coordination and issuing guidelines to help private companies develop the so-called vaccine passports. A number of businesses including cruise lines, restaurants and sporting event organisers have expressed plans to demand proof of vaccination from patrons when they open up in the summer.

Vaccination passports are already being experimented with in countries including Israel, Estonia, Iceland, China, Japan, and other European countries, and required for a range of purposes – from entry to a country to patronage of certain establishments, such as gyms. Critics have expressed concerns about vaccination ID’s implications for individual rights. Last month, Russian Foreign Minister Sergei Lavrov criticised the EU’s talk of a bloc-wide vaccination passport scheme, saying the idea contravenes the principle of voluntary vaccination.