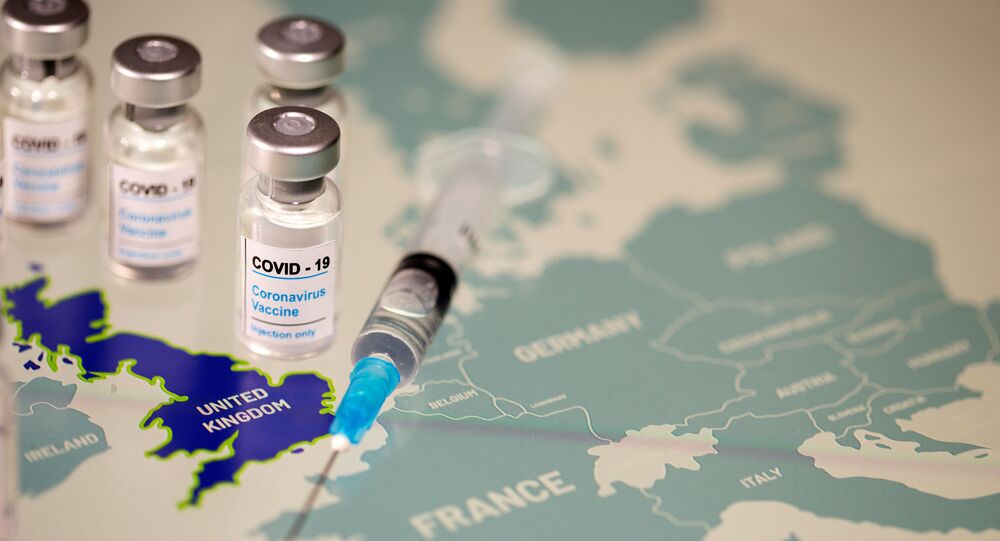 Russia's Foreign Minister Sergei Lavrov stated on Tuesday that European plans to introduce COVID passports would be at odds with voluntary vaccination, stressing that Russian citizens should not be discriminated against in any way by the move.

"This means people will be forced [to get vaccinated], if people, of course, want to travel, and in Europe, people can hardly imagine their lives without moving [freely] between the EU member states", the minister noted.

© AP Photo / Carlos Gil
The UME (Emergency Army Unit) attend the train station in Granada, Spain Tuesday March 17, 2020. Police checked passports and IDs at the Pyrenees' border with France and along the 1,200 kilometer shared border with Portugal, as Spain re-established controls for incoming and outgoing travellers to stem the new COVID-19 coronavirus outbreak. For most people, the new coronavirus causes only mild or moderate symptoms. For some, it can cause more severe illness, especially in older adults and people with existing health problems.

The idea to introduce vaccination passports has prompted mixed reaction from EU member states. French and German authorities have reportedly noted it is too early to permit the passports due to weak data on vaccine efficacy. According to them, groups that are not prioritised to receive vaccines could also face discrimination.

Austrian Chancellor Sebastian Kurz, for his part, has pushed for a digital pass similar to Israel's and pledged make a state visit to Tel Aviv along with Danish Prime Minister Mette Frederiksen later in March.

At the same time, the pharmaceutical company AstraZeneca has reportedly said it will not be able to provide at least half of the promised vaccine doses to the bloc in the second quarter of the year, prompting a major delay in European vaccination campaigns.