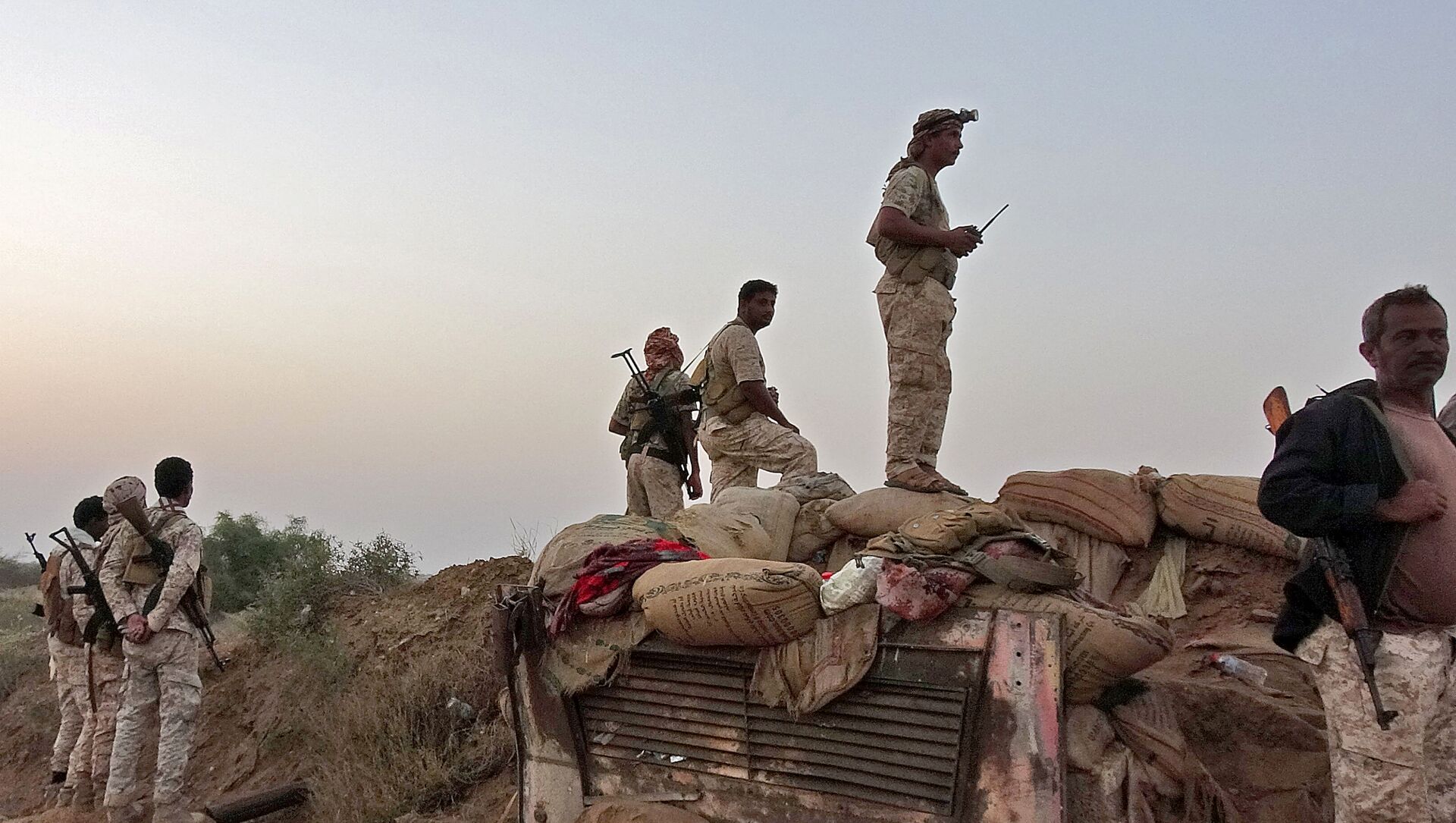 © AFP 2021 / -
Subscribe
Last month, US President Joe Biden announced that he was ending American support of the war in Yemen but would continue to help Saudi Arabia defend itself against outside attacks after having temporarily frozen pending Trump-era arms sales to Riyadh in January. Since then, Yemen's Houthis have launched dozens of aerial attacks on the kingdom.

While the US has pulled back on its military support efforts in Saudi Arabia, the Biden administration has recently undertaken measures to pinpoint alternative means to provide assistance to the Middle Eastern nation, a new report has revealed.

Citing Pentagon sources, The Wall Street Journal on Thursday reported that the administration has brought together a so-called "tiger team" to outline methods that will help Saudi Arabia protect its infrastructure from Houthi strikes.

The findings stated that the team of defence insiders are studying sales of defensive weapons and military exchange programmes.

"Options on the table include sales of specific, defensive weapons, such as missile interceptors; expanded intelligence-sharing; additional training; and military-to-military exchange programmes", the report noted.

Pentagon officials stressed that they wanted to send a message to the Houthis that the US is standing tall in defence of recent attacks against the kingdom. "The bottom line is that the Houthis need to know that we are standing with the Saudis and we will continue to support their right to self-defence", an unidentified official remarked to the outlet.

Earlier, a spokesperson for the Houthis claimed that the group had launched four drones aimed at "important targets" in Saudi Arabia's capital Riyadh. Hours later, the Saudi-led coalition announced they had destroyed a Houthi ballistic missile.

Timothy Lenderking, who serves as the US special envoy for Yemen, recently returned from a trip to Saudi Arabia and Oman, where he held meetings with senior Saudi, Omani, and Yemeni leaders. Biden appointed Lenderking to the role in February in an effort "to end the war in Yemen, a war which has created [a] humanitarian and strategic catastrophe".

Speaking at a news conference in Riyadh, Saudi Foreign Minister Prince Faisal bin Farhan Al Saud proposed a UN-sponsored ceasefire in response to the recent offensive moves by Houthi forces. The rebel group, however, has responded to the offer with more attacks.

The Biden administration announced in February that it would be revoking the Houthi movement's terrorist designation in response to Yemen's ongoing humanitarian crisis, reversing one of the Trump White House's last-minute moves.

In spite of the lifted designation, Abdullah Al-Muallami, Saudi Arabia's permanent representative to the UN, has reiterated that the kingdom wholly intends to continue treating the militant group as a terrorist organisation. Similarly, US congressional lawmakers urged the State Department to reconsider the administration's efforts.