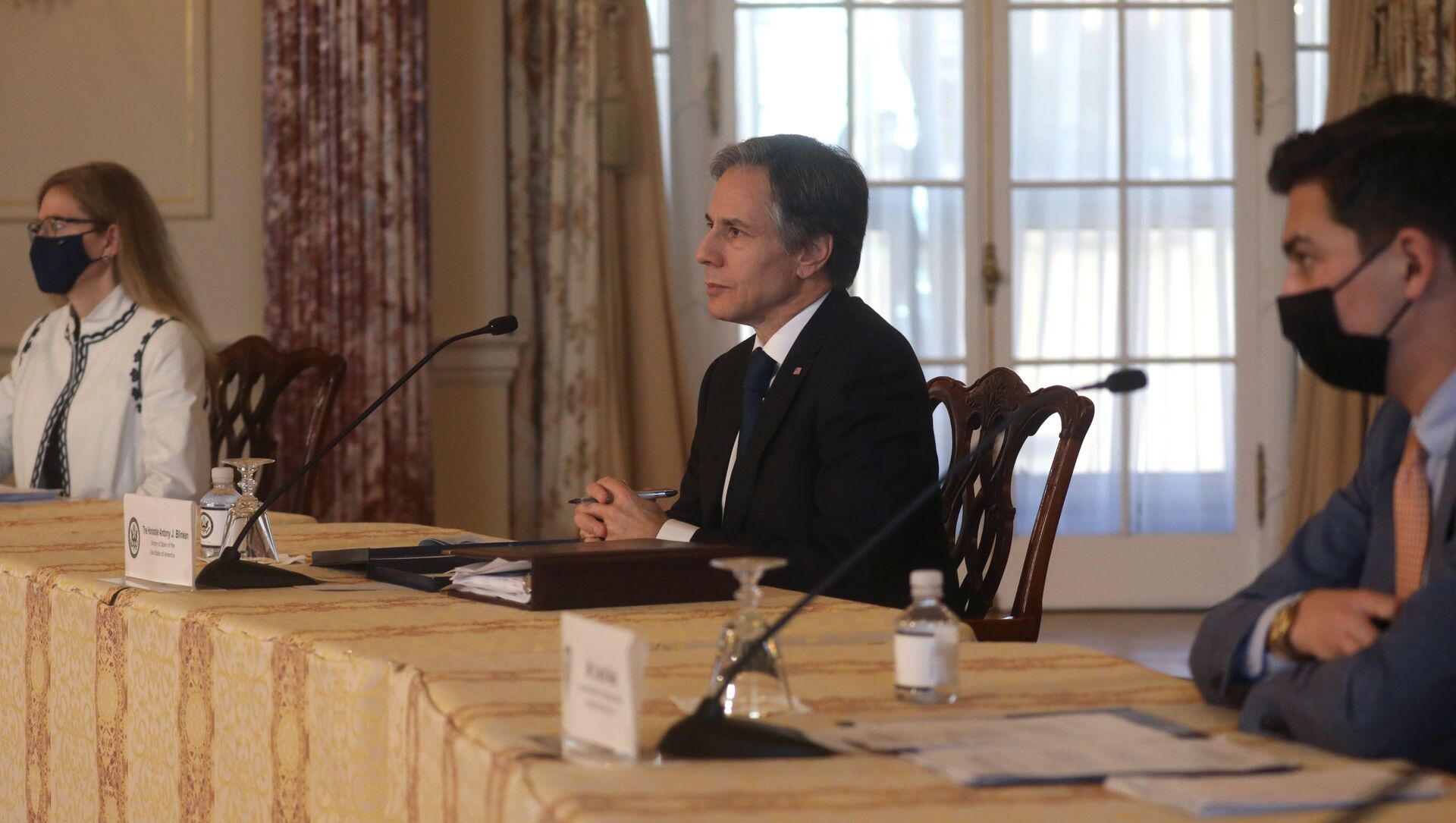 Ilya Tsukanov
All materialsWrite to the author
The Biden administration has singled out China as “the biggest geopolitical test” to US preeminence in the 21st century, and has expanded military, economic and sanctions pressure against the Asian nation during its first two months in office. The People’s Republic has responded by shoring up regional partnerships and relations with trade partners.

US Secretary of State Antony Blinken has accused China of trying to undermine the US-led world order, and of failing to “play by the rules” established in the post-World War II period.

“Our relationship with Beijing, like that of many of our allies, is competitive in some cases, collaborative in others, and antagonistic in others still. However, there is a common denominator, namely the need to confront China from a position of strength, which starts with strong alliances, coordination and cooperation,” Blinken said, speaking to Italy’s La Stampa newspaper in an interview published Tuesday.

The diplomat, who flew to Europe last week to meet with NATO and European Union leaders, promised that the US would not force allies to “choose” between Washington and Beijing, and suggested that America’s goal was “not to contain China or keep it down”, but “preserve the rules-based international order, in which we have all invested so much over the past 75 years, and which has served our interests and values well”.

“When someone challenges this system, be it China or others – when they do not play by or respect the rules, or try to undermine the commitments made by others, we all have reason to object,” Blinken said, accusing Beijing of “undermining this order, violating human rights and other commitments”.

US, UK, EU and Canada Seek to Destabilise China With Political Manipulation, Official Says
During his European trip, Blinken said that the US wants to work with its allies on “how to advance our shared economic interests and to counter some of China’s aggressive and coercive actions.”

Relations between the West and China hit a low point unseen since the 1989 crackdown on a colour revolution attempt on Tiananmen Square this month amid a series of tit-for-tat sanctions as the US, the EU, Britain and Canada teamed up to accuse China of severe human rights abuses in Xinjiang province against the Uyghur Muslim minority. Beijing hit back, targeting Western nationals and organizations pushing the Uyghur issue, denying that the minority’s rights were being violated and recalling Western nations’ own historical mistreatment of minorities.

The Uyghur dispute is part of a broader (and escalating) economic, military and geopolitical spat between China on one side and the US and its allies on the other. The quarrel includes tensions over Taiwan, which China sees as a renegade province, competing territorial claims over large swathes of the South China Sea, trade, tariffs and technology tensions.

On the campaign trail, Biden dubbed Chinese President Xi Jinping a “thug,” and once in office, has continued and expanded the hardline stance on China set by his predecessor, Donald Trump, labeling the Asian nation a “strategic adversary” and a “top geopolitical rival.”

US Reportedly Concerned that China Is Ready to ‘Flirt with the Idea of Unification’ with Taiwan
China responded to the pressure by shoring up its strategic partnerships, expanding cooperation with Moscow, signing a major 25-year cooperation agreement with Iran, and penning a Comprehensive Agreement on Investment trade deal with the EU.

The US and China held a high-level meeting in Anchorage, Alaska earlier this month, with the talks ending in mutual recriminations after Secretary Blinken and other officials accused Beijing of rights abuses in Xinjiang and Hong Kong, aggressive intentions against Taiwan, cyberattacks and “economic coercion” of US allies. Chinese officials responded by accusing Washington of ignoring human rights abuses in its own backyard, and of attempting to use military might to coerce other countries.