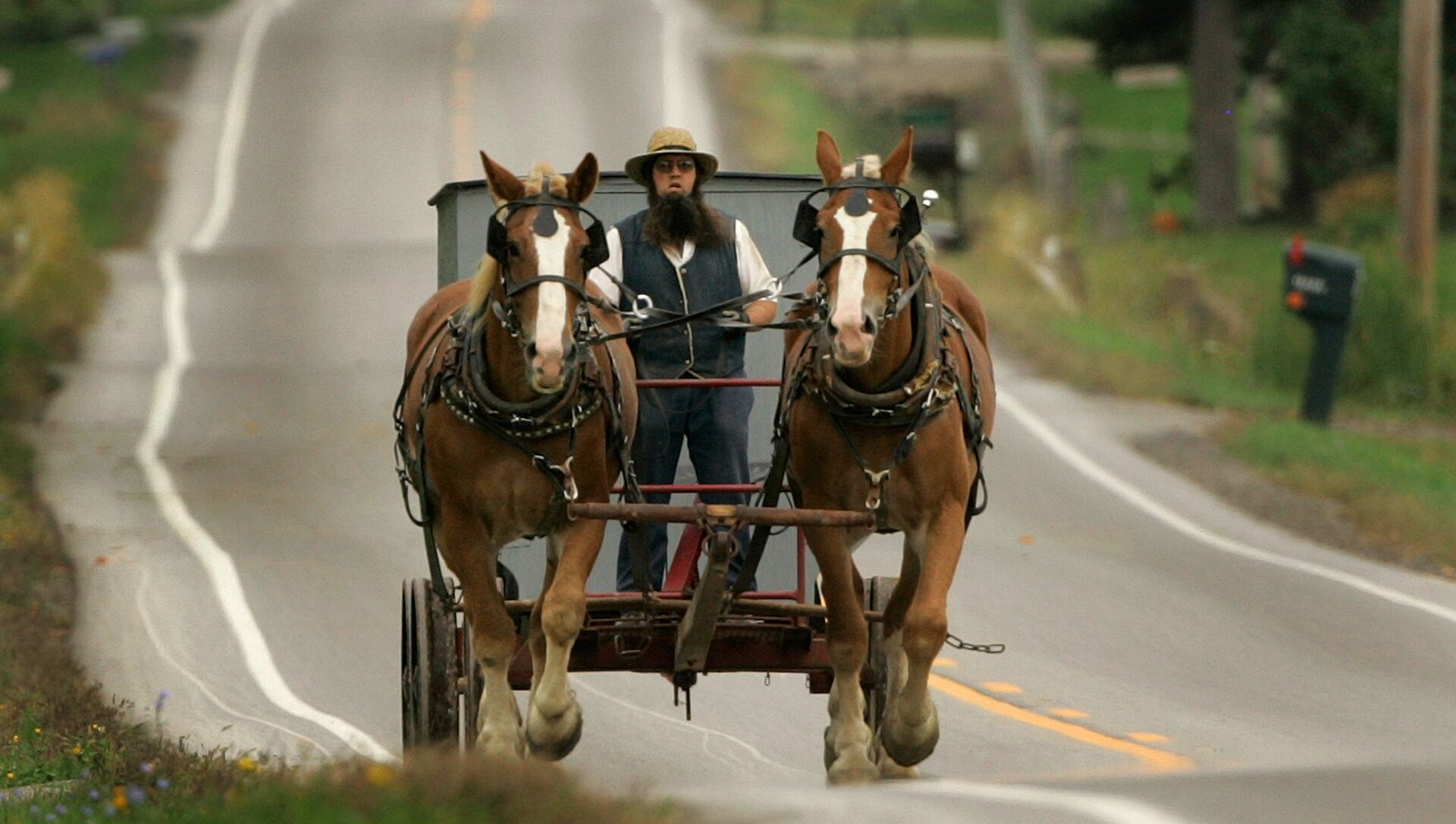 Daria Bedenko
All materialsWrite to the author
The Amish are a group of traditionalist Christians who champion ascetic living, plain dressing and distance themselves from many of the conveniences of modern technologies.

An Amish community in Pennsylvania might have become the first population group in America to achieve coronavirus herd immunity, according to a local health official, cited by New York Post.

Allen Hoover, the administrator of the Parochial Medical Center in Lancaster County’s New Holland Borough, suggested that as many as 90% of religious families have had at least one member who was infected with coronavirus.

“So, you would think if COVID was as contagious as they say, it would go through like a tsunami; and it did,” Hoover said, cited by The Post.

He revealed that initially, the Amish and Mennonite groups complied with stay-at-home orders, but resumed church gatherings and a traditional greeting "holy kisses" around April 2020, which resulted in the virus raging in the religious community.

“It was bad here in the spring; one patient right after another,” said Pam Cooper, a physician’s assistant at the Parochial Medical Center.

After appearing to experience hard times in spring as, according to nonprofit Covid Act Now, the county’s positive test rate for COVID-19 tests exceeded 20 percent, the county hasn't had a patient with COVID-like symptoms "in roughly six weeks", Hoover noted.

However, the possibility of the Amish religious community acquiring herd immunitty is viewed with skepticism by some observers.

“It would be the first general population in the United States that’s done it,” Eric Lofgren, an infectious disease epidemiologist at Washington State University, told The Post.

Other experts, including the executive director of community health at Penn Medicine Lancaster General Health, Alice Yoder, believe that the only possible way to achieve herd immunity is widespread vaccinations.

The threshold to reach herd immunity is unknown, but is generally thought to require that at least 90 percent of the population be infected.