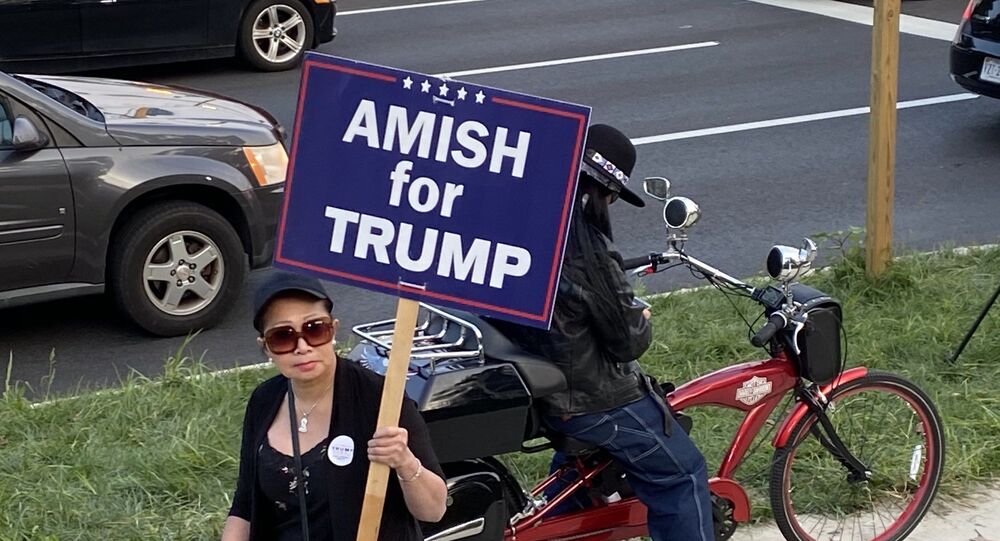 The Amish people are known to be conservative Christians who champion simple living, plain dress, avoiding modern technology conveniences and typically refraining from engaging in politics.

A photo of a woman with a sign that says "Amish for Trump", who also happens to be carrying a cell phone and a fashionable bag, made waves on social media.

The photo caused many laughs among netizens, who suggested that the woman might not actually be a person qualified to speak for the Amish people, as they are known to avoid modern gadgets.

Users slammed the woman for not looking like a traditionalist Amish.

The noted symbol of the Amish, the cell phone pic.twitter.com/uMepNrxAnC

All the Amish gals I know keep their cellphones in faux-Chanel bags.

That's the worst Amish costume ever.

Did not know the Amish were into pricey handbags. Hmmmm…..

​Some offered to guess where the actual Amish people were, mocking the "resemblance".

Guess which ones are actually Amish pic.twitter.com/GtN9to2IiX

The resemblance is striking, isn't it? lol pic.twitter.com/upzVT93Xi9

​Others recalled different photos that showed even less similarity, with images of white people wearing T-shirts that say "Blacks for Trump".

she looks so amish.. reminds me Blacks for Trump ppl pic.twitter.com/6OSF8z8e7R

​The Amish people, who champion a simple lifestyle, generally without the use modern world conveniences, are not known to be politically active, but according to some experts in the field, vote "overwhelmingly Republican".