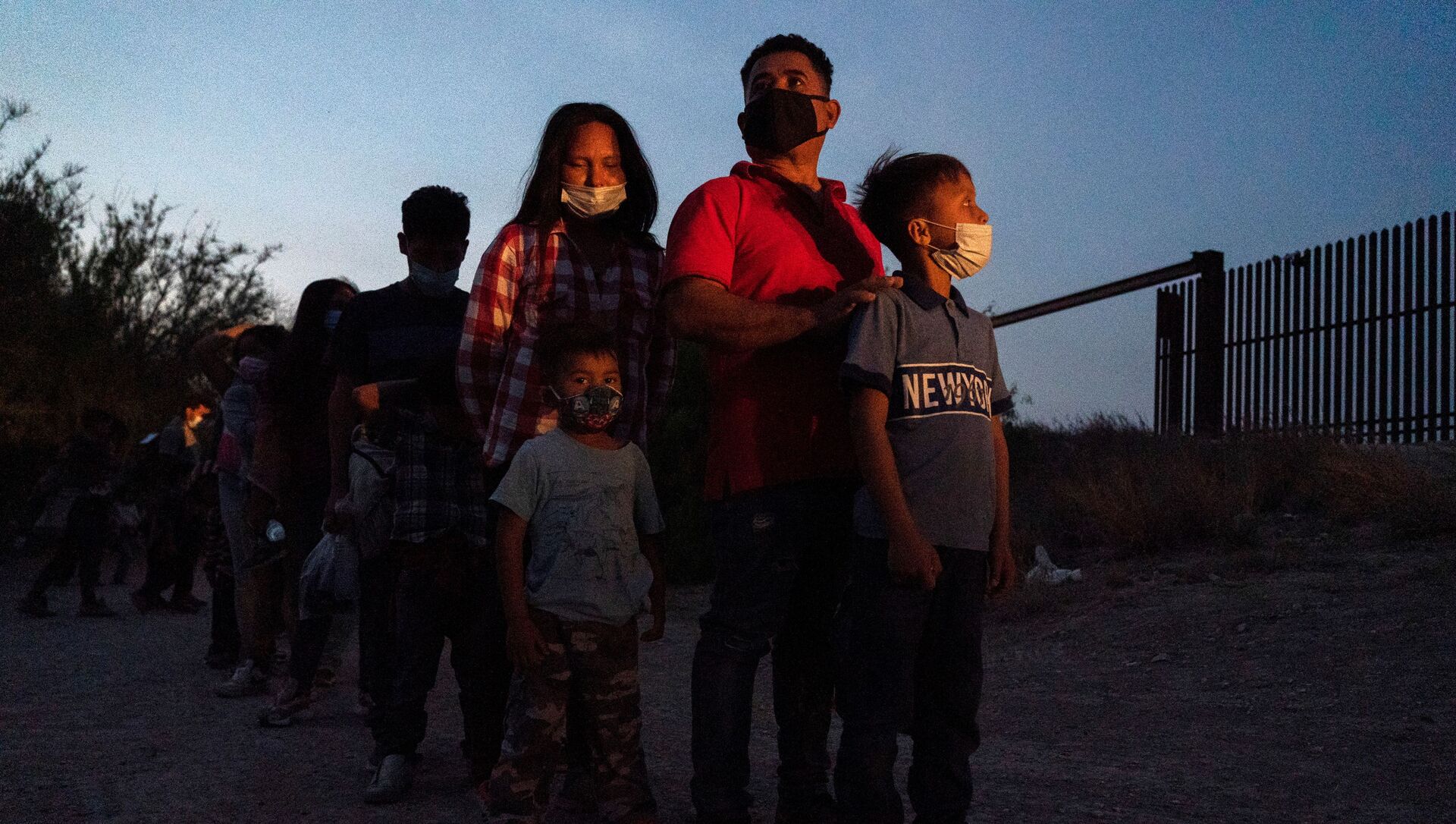 Daria Bedenko
All materialsWrite to the author
Earlier in the week, a delegation of Republican senators traveled to the southern US border with Mexico, delivering their reports from the middle a border crisis. Debates over the surging number of illegal immigrants under the Biden administration have continued since after the Democratic president's inauguration.

GOP Senators on Friday asserted that any negotiations with fellow lawmakers on Capitol Hill regarding immigration reform in the US will not proceed until a border crisis is resolved.

"How can you pass an immigration bill when you have an open border?" Senator Chuck Grassley of Iowa, part of the Republican delegation to the border, said at a press conference. "If they want to accomplish anything on immigration and I want to help them, it would be securing the border."

He also said that "you've got to stop the bleeding before you can take care of the problem", referring to what his fellow GOP senators describe as a border crisis. During a visit by the 18 Republicans to the border, Grassley in particular reported that border patrol agents had to protect themselves from "cartel" and also were working with a lack of space for the temporary migrant facilities, which has caused kids to be held for longer than allowed.

"Biden Admin must stop flow of migrants &get agents back doing job Shld not hv 2b holding kids so long as result of Biden policies", he tweeted Friday.

The Iowa senator is not alone in insisting that the border issue is a crisis which must be quickly must be resolved before work on immigration reform is done. Particularly, Senator Lindsey Graham, who, along with Democratic counterpart Dick Durbin, introduced a bill to give permanent legal status to recipients of the Deferred Action for Childhood Arrivals (DACA) program, noted that a solution to the amount of asylum seekers and refugees on the southern US border is a priority.

"I’ve voted for every comprehensive immigration bill that ever came out of the US Senate," Graham said on Friday. "It is impossible for me to sit down with Dick Durbin and negotiate any solution to people already here, because if you legalize one person until you've fixed this problem, you’re going to have a human tsunami."

Republicans were not enthusiastic about the Democratic initiative of an eight-year pathway to citizenship for undocumented immigrants, but indicated openness to negotiation. While Graham said that he did not believe his proposal would be accepted as a standalone measure, but noted that it could trigger additional discussion.

His remarks on the border issues were supported by another GOP senator, Thom Tillis, of North Carolina.

"If you want to talk about immigration reform, we're prepared to, we have a crisis at the border. We have to understand, again, listening to what the folks on the ground are telling us and making sure that we have policies to secure this border," he said at the time. "You cannot possibly have a credible immigration reform proposal in Congress until you fix this crisis down here." 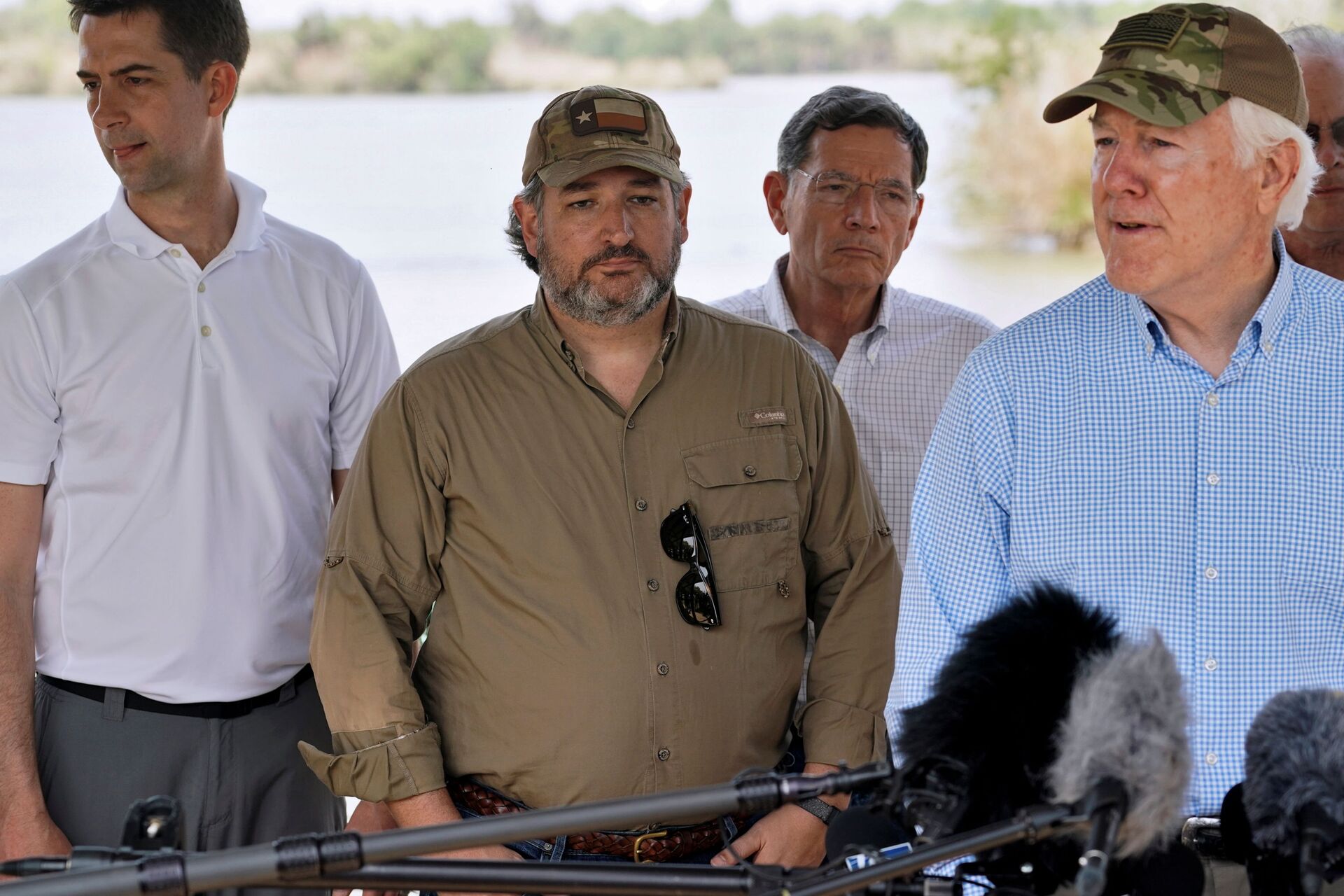 Texas Senators Ted Cruz and John Cornyn, (R) and other members of a Republican delegation attend a press conference after a tour around a section of the U.S.-Mexico border on a Texas Highway Patrol vessel in Mission, Texas, U.S., March 26, 2021.
© REUTERS / GO NAKAMURA

Earlier on Friday, other members of the Republican border delegation, Senator Ted Cruz and Senator Susan Collins, shared their reports from their border junket. Cruz tweeted several videos, one showing what he claimed to be "cartel members yelling at us across the Rio Grande and preparing to cross". Collins slammed the working conditions of the border agents and said that "Mexican cartels control who crosses the border".

Despite the outcry around the situation on the US border, President Joe Biden, during his Thursday presser, downplayed the circumstances, insisting that nothing unprecedented was happening, as "there is a significant increase in the number of people coming to the border in the winter months of January, February, March."

At the same press conference, however, he stressed that illegal immigrants "should all be going back", reiterating his earlier stance that "now is not the time" to seek better life in the US, as the country is still coping with an ongoing coronavirus pandemic.