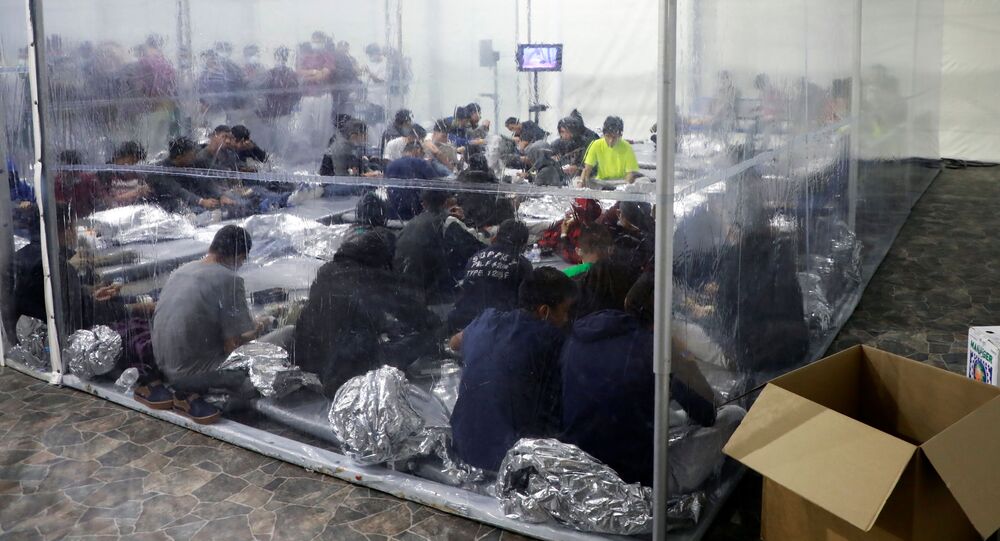 Last week, President Joe Biden warned migrants against making the journey to America, in a statement that came amid his team's efforts to tackle an influx of refugees on the US-Mexico border.

Republican Senator Lindsey Graham has slammed Democratic Congresswoman Alexandria Ocasio-Cortez for not visiting the southwestern border, where he claimed conditions for migrants are less comfortable than those under former President Donald Trump.

"Where is AOC? Why aren't you at the border looking at the things being reported? If you were worried children under Trump being in bad conditions, this is worse. If you're worried about people having COVID outbreaks, this is the biggest COVID spreader in the entire country. So where are you?", Graham told reporters on Wednesday, in an apparent reference to Alexandria Ocasio-Cortez.

The House lawmaker was an avid critic of Trump's so-called "zero tolerance policy", which led to the separation of scores of migrant families. In June 2018, Ocasio-Cortez visited detention camps on the southern border in a show of protest against Trump's migration policy.

Graham also referred to Democrats who "understood to get legalisation on the table, you had to address the underlying causes of illegal immigration".

"Those voices have been silenced. The open borders crowd is now firmly in control of immigration", the senator argued.

Biden Warns Migrants Not to Make Journey to US

He spoke after President Joe Biden warned migrants against making the arduous journey to America, a statement that came as his team is grappling with a surge of refugees on the southern border.

"I can say quite clearly don't come over. Don't leave your town or city or community", Biden told ABC News on Tuesday, in an apparent address to asylum seekers. He insisted that there had been a surge in immigration "in the last two years", but admitted that the current rise "could be" worse.

An increase of migrant children apprehended at the southern border has since prompted the Biden administration to open up at least two temporary facilities to house them while they go through immigration proceedings, something that was critisised by Ocasio-Cortez.

"This is not okay, never has been okay, never will be okay—no matter the administration or party", she noted in a tweet last month.

© AP Photo / Andrew Harnik
Biden Administration to Explore Paths for Reunited Migrant Families to Stay in US
Late last year, then-President-elect Biden pledged to scrap the Trump administration's migration system, end prolonged detention and family separations of refugees in America, as well as halt funding for expanded building of a wall on the US-Mexican border, and revive Obama-era immigration policies.

No 'Major Health Concerns' With More Refugees Coming to US Amid Pandemic, Expert Says